The first non-traditional trademark registrations have been granted in Mexico

The Mexican Industrial Property Law was significantly amended last year through two batches of amendments. Read this Kat's reviews on the first batch here and the second one here and here. 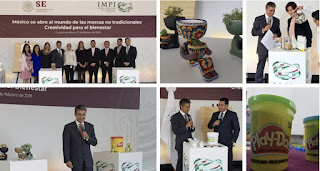 The second batch of amendments to the Law entered into force on 10 August 2018 and modified a number of provisions related to trademarks. One such amendment provides that trade dress, scents, sounds, holograms, the combination of colors and certification marks are entitled to trademark protection under Mexican IP Law.

In a public ceremony that took place on 7 February 2019, Juan Lozano, Director of the Mexican Institute of Industrial Property (IMPI) handed trademark registration certificates to the following owners: 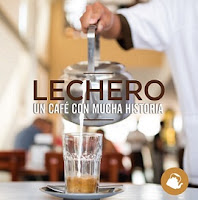 This Kat is wondering, and probably some Mexican IPKat readers are as well, to what extent Grupo Gran Café will enforce the trademark right(s) recently granted in connection with the “sound of a metal spoon tapping three times a glass”. Indeed, the sound is associated with the following traditional way of drinking a “lechero” coffee (milky coffee) in the state of Veracruz: the waiter brings a glass containing an espresso measure of coffee, the customer taps his or her spoon on the glass in order that another waiter, with a jug high in the air, tops up the coffee with hot milk [Merpel says "a must-have if you are in Veracruz"]. 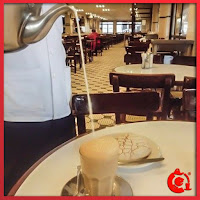 And now, some stats*

501 trademark applications have thus far been filed in connection with trade dress, scents, sounds, other non-traditional marks, holograms, and certification marks, including those recently granted, according to the “List of Applications for Registration of Certification Mark, Holographic, Sound, Olfactory, Trade Dress or the Combination thereof” published on IMPI’s MARCANET database, last reviewed by this Kat on 28 April 2019. 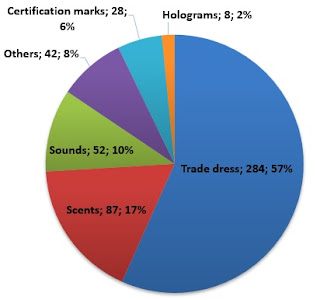 It is expected that these amendments to the Industrial Property Law will strengthen the IP system in Mexico. In this light, the registrations granted to non-traditional trademarks are indeed a major breakthrough. However, this Kat wonders when and if IMPI will publish some official stats showing the percentages of registrations granted, applications refused, and opposition proceedings filed (if any) in relation to such applications.

Moreover, considering that it is possible to review the prosecution history of trademark applications and registrations on IMPI’s MARCANET database, it is also expected that the digital files of the 501 applications of non-traditional and certification marks will have already been uploaded to such system. However, thus far, only the “List of Applications for Registration of Certification Mark, Holographic, Sound, Olfactory, Trade Dress or the Combination thereof” is available on MARCANET (here) and scanned copies of the applications are available on VIDOC database.

Reviewed by Verónica Rodríguez Arguijo on Sunday, April 28, 2019 Rating: 5
The IPKat licenses the use of its blog posts under a Creative Commons Attribution-Non Commercial Licence.