Are lemmings a threat to the Disney+ brand?

Ask a Kat reader what comes to his mind when hearing the word “lemming”, and he will probably say: “Aren’t they the rodents [Merpel says, “technically they are voles"] that live in the frozen north and who every so often commit mass suicide by hurtling themselves over a cliff into the wide ocean”. This image of lemmings is now a mainstream metaphor, where accusing a group of “lemming- like behavior” is a way of describing impulsive, herd-like behavior, even mass hysteria, usually ending in a mass disaster.

The only problem is—it ain’t so. As Alaska state wildlife biologist Thomas McDonough categorically stated in an article published back in 2003 by the Alaska Department of Fish & Game, “It’s a complete urban legend” [Merpel says, “Or the wildlife equivalent”], confusing dispersal with migration. If lemmings over-breed, some may, moving as a group, seek an alternative food supply which may, in certain circumstances, lead some of them to venture into the open sea. But acts of intentional mass suicide, vole-style-not a chance.

So where does this wide-spread misbelief come from? The answer: from Walt Disney Productions and, more precisely, from its 1958 Oscar-winning documentary, "White Wilderness". As described in the 2003 article--


In the lemming segment, the little rodents assemble for a mass migration, scamper across the tundra and ford a tiny stream as narrator Winston Hibler explains that, ‘A kind of compulsion seizes each tiny rodent and, carried along by an unreasoning hysteria, each falls into step for a march that will take them to a strange destiny.’

That destiny is to jump into the ocean. As they approach the "sea," (actually a river -more tight cropping) Hibler continues, ‘They've become victims of an obsession -- a one-track thought: Move on! Move on!’ The pack of lemmings reaches the final precipice. ‘This is the last chance to turn back, Hibler states. ‘Yet over they go, casting themselves out bodily into space.’

For Kat readers who did not grow up in the 1950’s (which this Kat assumes is most of you), it may be difficult to appreciate the visual impact this segment on an entire generation. Just reading this description still conjures up equal measures of amazement and horror. Disney had shown us a natural world that was not warm and cuddly, where terrible things can happen, even inflicted by wildlife on themselves. The world of the natural film documentary would never quite be the same.

The problem was that what we viewed had in significant measure been staged. Nathan Smith, recently writing on Hyperallergic.com and reaching back to the 2003 article, described how:


It’s a fraudulent segment on a number of levels. First, the sequence wasn’t even filmed in the Arctic, but in Alberta, Canada, where lemmings do not live. Lemmings also don’t throw themselves off cliffs — it’s a widely believed but misguided myth that the small species is prone to mass suicide, one propagated in large part by White Wilderness.

[Bill] Carrick, who was a cameraman on the production, alleged that the filmmakers paid kids in Manitoba 25 cents to wrangle lemmings and then transport them south for filming. The crew members constructed spinning turntables covered in snow to jostle the lemmings and send them tumbling, and then proceeded to throw them off the cliff. The resulting footage was edited to make the mass animal killing look like natural suicide.

The true story was revealed only in 1982, as part of a television documentary broadcast on animal cruelty presented on the CBC program, The Fifth Estate (anchored by a college acquaintance of this Kat, Bob McKeown). This Kat was unable to locate a response by Disney to the report about “White Wilderness” (any Kat reader who has information to the contrary is encouraged to share it).

Notably, another part of the program dealt with the television series, "Wild Kingdom", hosted by Marlin Perkins. The story goes, as reported on Wikipedia, that McKeown asked Perkins to respond whether he had injured or killed wildlife in connection with series. Perkins, who was already over seventy years of age, "firmly asked for the camera to be turned off, then punched a shocked McKeown [Merpel notes: McKeown, a former college and professional football player] in the face."

That was then, but was the occasion for Smith’s recent piece? It has to do with Disney’s rolling out of Disney+ (part of the seemingly inexorable march to balkanizing streaming platforms and their respective contents, which is another story). A major attraction of the Disney+ platform is access to the nonpareil stable of Disney-owned contents. Remember, “White Wilderness” won on Oscar in 1958. But if you are a subscriber to Disney+, don’t waste your time looking for it, because, according to Smith, since the beginning of 2020, it is no longer available.

Smith surmises that the more likely reason is that viewers are no longer interested in this kind of content. Still, Smith suggests that, just maybe, it is because of what he calls “Disney’s self-censoring impulse.” Assuming the latter, this is another way of saying that it did not fit into the Disney+ brand, described by Smith as a “family-oriented platform offer[ing] a spotless selection of good, clean classics….” 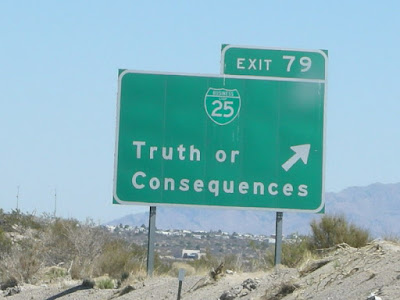 And there is also the question of what it means to be a film documentary, purporting to present nature as it is. The Kat would like to believe that he is not naive, that all reporting involves judgments, which sometimes may be informed by personal preferences and misapprehensions. But there is a line between this (probably not that fine a line) and manipulation.

Still, as visual entertainment, did Disney really commit any sin? The impact of watching the segment on the lemmings has remained with the Kat to the present. A disclaimer, that some of what he was about to see was staged, would have ruined all that. That’s entertainment.


Picture on the right is by Mary E. C. Boutell and is in the public domain.

Picture on the left is by einalem from Leeds and is licensed under the Creative Commons Attribution-Share Alike 2.0 Generic license.

Are lemmings a threat to the Disney+ brand?

Reviewed by Neil Wilkof on Tuesday, March 24, 2020 Rating: 5
The IPKat licenses the use of its blog posts under a Creative Commons Attribution-Non Commercial Licence.