If asked to choose one concept that captured the zeitgeist of the high-tech boom at the dawn of the 21st century, it was “disruptive 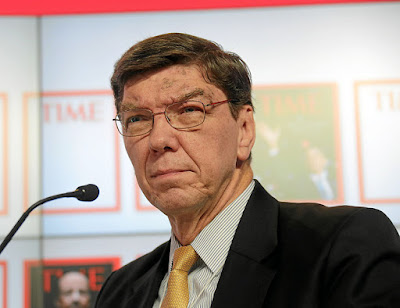 innovation”. Its basic premise was that an industry leader is most vulnerable to competition when the company does everything “right” but lurking in the shadows is a start-up that will ultimately pose a substantial, even existential threat.

This counterintuitive notion, which grabbed the strategic jugular of corporate leaders, had been developed in a 1997 book (“The Innovator’s Dilemma: When New Technologies Cause Great Firms to Fail”) by Clayton Christensen, a professor at the Harvard Business School, who passed away at the end of January at the age of 67. George Gilder, a leading economic commentator, immediately called “[i]t the most profound and useful business book ever written about innovation”.

Upon Professor Christensen’s untimely passing, it is appropriate to ask: how has this notion of “disruption” fared? But first, a bit more about it. Clark Gilbert and Joseph Bower explained (Wikipedia, “Disruptive Innovation”), as follows:

When the technology that has the potential for revolutionizing an industry emerges, established companies typically see it as unattractive: it’s not something their mainstream customers want, and its projected profit margins aren’t sufficient to cover big-company cost structure. As a result, the new technology tends to get ignored in favor of what’s currently popular with the best customers. But then another company steps in to bring the innovation to a new market. Once the disruptive technology becomes established there, smaller-scale innovation rapidly raise[s] the technology’s performance on attributes that mainstream customers’ value.

It is not difficult to see how this notion became a manifesto for the start-up world. The established leaders would take no notice of you, secure in their feeling that what had worked until now, together with the right kind of product tweaking, all following the managerial playbook that the best MBA programs could offer, was a winning strategy for continuing success. A commitment to “start-ups” was just another way of saying that you could not get a job with the big boys, much less compete with them.

Christensen’s research changed this narrative. For those with vision, drive and self-confidence, establishing a start-up was not only cool, but the place that you wanted to be. Only losers and the second best would settle for a job with the big boys.

And IP became part and parcel of “disruptive innovation”. We were no longer just providing legal cover for "invention”—that was “oh so yesterday”. IP became an integral part of the start-up world, a potentially lucrative alternative to serving the big boys (and competing with their in-house IP departments). With skill and luck (aka, a share of the company), their success would be our success. “Disruptive innovation” became a hallowed part of the IP lexicon.

Fast forward to 2020. This Kat has the sense that “disruptive innovation” means less to Kat readers under 40 years of age, and even less to those under 30 years. The narrative that was so central to us a decade ago, and the iconic concept that it spawned, seems no longer to command the center stage of discourse about innovation. This Kat can suggest several reasons.

First, innovation has lost some of its mojo. Robert Gordon, the economic historian, has chronicled this; Edmund Phelps, the Nobel Laureate in economics, has lamented on this state of affairs; the Ewing Marion Kauffman Foundation, focusing on the decline of start-ups, has sought to rectify it. And, within this diminished role of innovation, “disruptive innovation” itself has diminished. Christensen came from a world of making things, and the notion of “disruptive innovation” challenging incumbents seems more directed to goods than services. When one thinks of today’s hi-tech mega companies—Microsoft, Apple, Google, Facebook, and Amazon, none of them ultimately owes its success primarily to being a manufacturer.

“Wait a minute, Kat: what about, at least, Amazon and Apple”? “No problem”, replies this Kat: Amazon sells stuff made by others (or rents out computer space in the cloud), while Apple is an ecosystem company. And what about Uber and Airbnb? Uber is still trying to figure out how to make money. Airbnb is indeed perhaps the best counterexample in favor of disruptive innovation. However, it still needs to show that it can become a mega-lodging platform in the face of push back from the hotel industry, on the one hand, and its potential to fuel over-tourism and inflated real estate prices (think Barcelona and Amsterdam), on the other. Neither looks like the companies, such as Intel, which Christensen had primarily in mind when he developed the notation of disruptive innovation.

Add to this both network effects and big data, neither of which was a major factor in high tech success in the mid-1990’s (except possibly Microsoft’s software business). Both network effects and big data support a type of industrial concentration that was not known 25 years ago, making it especially difficult to conceive how disruptive innovation could really challenge such market dominance. Under such circumstances, a potentially significant disrupter will (indeed, that is its business model) let itself be acquired by one of these mega-companies. Replacing such an industrial behemoth is simply not in the cards. 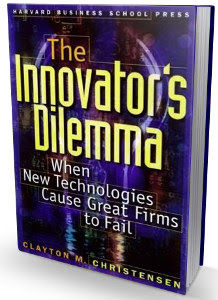 The upshot is that “disruptive innovation” may have primarily been a notion very much of its time, whose durability remains an open question. But maybe Christensen would not really mind. At the conclusion of the New York Times piece in his memory, Christensen is quoted, in the face of the cancer that ultimately took his life, as writing as follows--

I know that I have had substantial impact. But as I’ve confronted this disease, it’s been interesting to see how unimportant that impact is on me. I’ve concluded that the metric by which God will assess my life isn’t dollars but the individual people whose lives I’ve touched.

Reviewed by Neil Wilkof on Monday, March 16, 2020 Rating: 5
The IPKat licenses the use of its blog posts under a Creative Commons Attribution-Non Commercial Licence.