InternKats: Sophie Corke, Magdaleen Jooste, and Anastasiia Kyrylenko.
Home Anastasiia Kyrylenko appellations of origin CJEU jurisprudence evocation geographical indications / Can the shape or appearance of a product infringe a PDO/PGI? It all depends on how you understand "evocation"

Can the shape or appearance of a product infringe a PDO/PGI? It all depends on how you understand "evocation"

Last June, the French Cour de cassation sent a request for a preliminary ruling, asking the CJEU to clarify [Merpel notes: "once again"] the scope of ‘evocation’ of a Protected Designation of Origin (PDO)/ Protected Geographical Indication (PGI) under Regulation No 510/2006 (request pending in C-490/19). The question is quoted as follows on the CJEU website (emphasis added by author):


Must Article 13(1) of Council Regulation No 510/2006 of 20 March 2006 and Article 13(1) of Regulation No 1151/2012 of the European Parliament and of the Council of 21 November 2012 be interpreted as prohibiting solely the use by a third party of the registered name, or must they be interpreted as prohibiting the presentation of a product protected by a designation of origin, in particular the reproduction of the shape or the appearance which are characteristic of it, which is liable to mislead the consumer as to the true origin of the product, even if the registered name is not used?

While the referral is still pending, this Kat will look at the dispute in the main proceedings and the existing CJEU case law on evocation.

The national proceedings are between the Association of producers of the PDO ‘Morbier’ (the “Association”) and the cheese producer ‘Société Fromagère du Livradois’ [the summary below is based on the Cassation Court’s submission to the CJEU, available here in French].

‘Morbier’ was first registered in 2000 under the French system of Appellation d'Origine Contrôlée. In 2002, ‘Morbier’ was registered as a European PDO and the French registration was subsequently cancelled. The product specification states that “[t]his cheese has a horizontal central black stripe, well welded and continuous over the entire slice.”

The defendant, ‘Société Fromagère du Livradois’, has been making the Morbier cheese since 1979. However, because the defendant’s production facilities are outside of the PDO ‘Morbier’ geographical area, it was prohibited from marketing his cheese under this PDO from 2007. The company introduced a new name for its products: ‘Montboissié du Haut Livradois’.

In 2013, the Association filed a lawsuit against ‘Société Fromagère du Livradois’, alleging PDO infringement and unfair competition. It accused the defendant of manufacturing and marketing its cheese, Montboissié du Haut Livradois, whose visual appearance was similar to that of the PDO ‘Morbier’. The Association specifically demanded that the defendant cease use of a black line separating the two parts of the cheese. [See below pictures of the two cheese products in question.] The claims of the Association were rejected both by the court of first instance and on appeal. 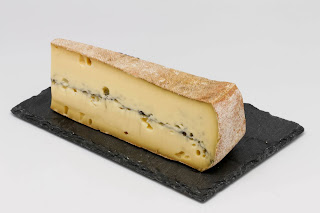 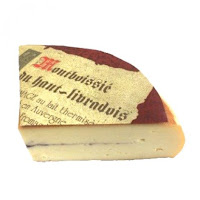 The Court of Appeal of Paris affirmed that the PDO does not protect the appearance of a product or its characteristics as described in the specification, but only the PDO’s name. The Court also held that the characteristics invoked by the PDO producers, in particular the horizontal line, ‘stem from a historical tradition, an ancestral technique’ present in other cheeses and which had been used by the defendant even before the registration of the PDO ‘Morbier’ itself. These characteristics, the Court reasoned, do not arise from any investments that the claimants or its members would have made. The Court of Appeal further held that the claimant was trying to extend the protection of the PDO ‘Morbier’ in an illegitimate commercial interest and contrary to the principles of free competition.

In filing the Cour de cassation appeal, the Association argued that in ruling that a PDO only protects its name, the Court of Appeal misconstrued Art. 13 of the Regulation No 510/2006. The Cour de cassation decided to stay the proceedings and request a preliminary ruling regarding whether the shape and appearance of a product (in this case, a horizontal black stripe inside the cheese) fall under the scope of ‘evocation’ within the meaning of Art. 13(1).

The concept of ‘evocation’ first appeared in Art. 13(1) of the now repealed Council Regulation (EEC) No 2081/92 of 14 July 1992 on the protection of geographical indications and designations of origin for agricultural products and foodstuffs. Under this article, a PDO or a PGI shall be protected against "any misuse, imitation or evocation, even if the true origin of the product is indicated or if the protected name is translated or accompanied by an expression such as ‘style’, ‘type’, ‘method’, ‘as produced in’, ‘imitation’ or similar."

Since 1992, the Court of Justice has been called upon to construe ‘evocation’ on several occasions.

In C‑132/05 and C-75/15, the Court confirmed that ‘evocation’ may take place not only in cases of phonetic or visual similarity, but also where ‘conceptual proximity’ exists between a PDO/PGI and the term allegedly infringing such PDO/PGI. Recognizing that conceptual proximity is not as straightforward as phonetic or visual similarity, the Court later ruled that it connotes ‘a sufficiently clear and direct link’ between the element and the indication concerned’.

The last CJEU case on the issue is C-617/17. Here, the Court was asked to clarify whether a registered name may be evoked through the use of figurative signs (in the national proceedings, the Spanish Supreme Court addressed whether the PDO ‘Queso Manchego’ could be evoked by use of windmills, sheep and other images, typical of the La Mancha region).

Having regard to both the previous case law and the wording of Art. 13 (1) (“any” evocation is infringing), the Court answered in the affirmative.


In that regard, the use of the word ‘any’ reflects the EU legislature’s intention to protect registered names as it took the view that evocation is possible through the use of a word element or a figurative sign (para. 18).


On this basis, the CJEU noted that it would be up to the Spanish Supreme Court to determine whether windmills and other packaging elements directly trigger in the consumer’s mind the image of the product protected by the PDO. In doing so, the Court should consider whether there is sufficiently clear and direct conceptual proximity between the figurative signs at issue and the PDO ‘Queso manchego’ (paras. 39-41).

Having regard to the instant case, this Kat would suggest that the Court of Justice will find that shapes and appearance fall within the scope of Art. 13(1). Nevertheless, it will be up to the French Cour de cassation to decide how clear and direct is the conceptual proximity between a horizontal black stripe inside a cheese and the PDO ‘Morbier’.

Picture on the middle left by Pierre-Yves Beaudouin and is licensed under the Creative Commons Attribution-Share alike 4.0 International license.
Picture on the middle right by is taken from the Artisan Speciality shop here.
Can the shape or appearance of a product infringe a PDO/PGI? It all depends on how you understand "evocation"

Reviewed by Anastasiia Kyrylenko on Sunday, March 01, 2020 Rating: 5
The IPKat licenses the use of its blog posts under a Creative Commons Attribution-Non Commercial Licence.