Recently, this provision has been used to refuse registration of Coronavirus pandemic-related trade mark applications.

While the whole of China sought to control the spreading of Coronavirus, some people hoped to profit from this difficult time. Over the past two months, the Trade Mark Office (TMO) has received hundreds of trade mark applications containing terms relating to the fight against the virus including, inter alia, ‘huoshenshan’, ‘leishenshan’ and ‘(Dr) Li Wenliang’.

A brief note here: Huoshenshan Hospital (火神山医院, Vulcan Mountain Hospital) and Leishenshan Hospital (雷神山医院, Thor Mountain Hospital) are both urgent makeshift medical facilities in Wuhan, set up specifically to tackle Coronavirus. It took around ten days from the beginning of construction to the admittance of the first patients (BBC report and Telegraph footage). These two field hospitals are quite special to Chinese people, not only because they saved thousands of lives but also because their whole construction processes were livestreamed in real time, round the clock. Tens of millions of people watched the livestreaming (partly because cities were on ‘lockdown’ and people were quarantined at home), and they became so familiar with the construction vehicles at the site that they gave them nicknames, e.g. ‘The Cement King’.

Dr Li Wenliang (李文亮) is doctor who first warned about the epidemic outbreak. He died, aged 33, in Wuhan after contracting Coronavirus. Needless to say, he will be remembered by many of us. As Professor Dr Jie Qiao said to The Lancet: ‘I deeply mourn for all the medical practitioners passing away in the struggle against this emerging infectious disease, especially Dr Li Wenliang, as one of the whistle-blowers dedicating his young life in the front line. We were encouraged by his dedication to patients and we will continue to fight against the virus to comfort the dead with the final victory.’

The aforementioned trade mark applications were mainly in relation to medicines, medical devices and scientific instruments, but also extended to products of clothing, instant food and advertisements. In addition, they seemed to be well-timed, as they were submitted immediately after the end of the one-month Chinese New Year holiday, during which the Trade Mark Online Application Service was closed.

The above-mentioned applications stung the public’s nerves and those of the TMO.

On 27 February, the Office issued a Notice declaring that they would be ‘severely cracking down on malicious trade mark applications related to the epidemic’. The note added that the registration of ‘huoshenshan’ and ‘leishenshan’ as trade marks, unless being filed by the respective hospitals, would likely cause significant unwholesome influences and thus should be rejected.

On 4 March, the TMO published a detailed list of the 63 rejected pandemic-related trade mark applications, including the application numbers and classes, together with the corresponding information of the applicants and agencies.

On 5 March, the TMO announced the rejection decisions against 37 ‘Li Wenliang’-related trade mark applications by virtue of Article 10.1.8.

By 18 March, the TMO had rejected 328 trade mark applications related to the fight against Coronavirus. The applicant who sought to register ‘Li Wenliang’ and ‘Wenliang’ on the day of his passing dropped the applications and made a public apology to the late Dr Li Wenliang, his family, and the public alike.

The agencies can hardly absolve themselves of blame as they were well aware that they should not get involved in filing such trade mark applications, as per the obligations imposed by the newly amended CTML in 2019:

Article 19.3: Where a trade mark agency knows or should know that the trade mark applied for registration by the client belongs to the circumstances stipulated in Articles 4 [bad faith application without intent to use], 15 [bad faith applications by representatives or those with a prior business relationship to the applicant] and 32 [applications which infringe third parties' prior rights or well-known trade marks] of this Law, it shall not accept its entrustment.

Additionally, Article 68 sets out a range of administrative sanctions and fines (maximum CNY 100,000) for agencies who engage in activities of this kind. Moreover trade mark agencies could be also subject to criminal liability.

On 4 March, the National Intellectual Property Administration (NIPA) issued a specific Notice condemning trade mark agencies for facilitating epidemic-related applications. The Beijing Chaoyang District Market Supervision Bureau also fined a trade mark agency CNY 100,000 (about €13,200) for filing the applications of ‘huoshenshan’ and ‘leishenshan’. This is the very first case known to the public in which the highest penalty prescribed by Article 68 of the CTML 2019 has been given.

The NIPA explained that:

The National misery needs to be remembered, [and it is] not for consumption. In the face of the epidemic, some trade mark agencies went against the conscience of mankind and were entrusted by the applicants to seek trade mark rights over certain signs related to the epidemic, which has provoked strong public condemnation.

The administrative deterrent no doubt played its part: by 18 March, a total of 866 epidemic-related applications were withdrawn.

Precluding trade mark applications that are detrimental to accepted principles of morality, or further, are contrary to public policy, is certainly not a practice that is unique to China.

It is however unusual to see the NIPA or the TMO exposing and rejecting specific kinds of trade mark applications in such quantity by invoking the ethics and unwholesome influence provision of the CTML in such a centralised, clear and resolute manner. As the NIPA summarised: ‘Sunshine is the best antivirus, and exposure is the simplest and most effective weapon to deal with those “out of order” trade mark applications.’ 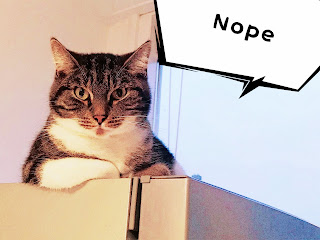 Reviewed by Tian Lu on Saturday, March 28, 2020 Rating: 5
The IPKat licenses the use of its blog posts under a Creative Commons Attribution-Non Commercial Licence.