Since then, as Harry and Meghan have taken the decision to drop their royal duties and Royal Highness (HRH) titles, media have also reported that the couple would give up their two pending trade mark applications as well. 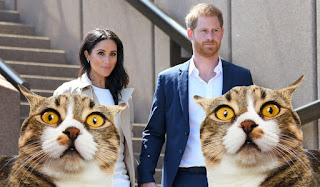 The IP question is the following: could the couple still style themselves as “royal”, and thus exploit the Sussex Royal brand in doing so, without actually performing any royal duties?

The application for the word mark “Sussex Royal” was for several classes of goods and services, including, just to mention a few (see the full list here), goods and services in classes 16 (instructional and teaching materials), 25 (clothing), 35 (campaigning), and 36 (charitable fund raising). 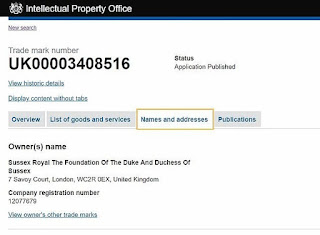 The couple’s spokeswoman announced last week that: “Given the specific UK government rules surrounding use of the word ‘Royal’, it [has been] agreed that their non-profit organisation, when announced this Spring, will not be named Sussex Royal Foundation”. There is no intention to use “Sussex Royal” in any territory post-Spring 2020, the statement added. In other words, the couple will abandon the “Sussex Royal” which has been so far used for promotion on Instagram and their website.

The use of royal insignia as trade marks

The use of certain royal insignia as trade marks is protected internationally under Article 6ter of the Paris Convention for the Protection of Industrial Property of 1883. In brief, this sets out that all contracting parties to the Convention undertake not to register trade marks which incorporate or imitate State emblems, armorial bearings, official signs or hallmarks, which are designated as protected emblems under the Convention, without evidence of content to the registration for the appropriate “competent authority”.

In the UK, the Royal Family has published a booklet on the Guidance on the Use of Royal Arms, Names and Images, which provides a summary of the law. According to section 4(1) of the Trade Marks Act 1994:

A trade mark which consists of or contains—
(a) the Royal arms, or any of the principal armorial bearings of the Royal arms, or any insignia or device so nearly resembling the Royal arms or any such armorial bearing as to be likely to be mistaken for them or it,
(b) a representation of the Royal crown or any of the Royal flags,
(c) a representation of Her Majesty or any member of the Royal family, or any colourable imitation thereof, or
(d) words, letters or devices likely to lead persons to think that the applicant either has or recently has had Royal patronage or authorisation,
shall not be registered unless it appears to the registrar that consent has been given by or on behalf of
Her Majesty or, as the case may be, the relevant member of the Royal family.


Go commercial or not?

Whether the couple will go ahead and use “royal” for commercial purposes is not something that can be confirmed at this stage. However, section 12 of the Trade Descriptions Act 1968 might cause further headaches: “If a person, in the course of any trade or business, gives, by whatever means, any false indication, direct or indirect, that any goods or services supplied by him or any methods adopted by him are or are of a kind supplied to or approved by Her Majesty or any member of the Royal Family, he shall be guilty of an offence".

What in fact appears to be the paradox is that the couple will technically still be royals. Prince Harry will still be a prince. He will still be sixth in line to inherit the throne.

Ultimately, it appears that the unique circumstances at issue essentially boil down to the conclusion that, for any person that develops and exploits a high-profile brand that contains a potentially sensitive term, effective and regular communication is key. Should the couple wish to brand themselves as royal and further exploit the brand, then the safest solution might be first to consult with … Queen Elizabeth II.
Meghan Markle and Prince Harry to abandon “Sussex Royal” UK trade mark applications

Reviewed by Nedim Malovic on Monday, March 02, 2020 Rating: 5
The IPKat licenses the use of its blog posts under a Creative Commons Attribution-Non Commercial Licence.