Tian Lu Tuesday, September 29, 2020 - #IPKat, China IP, China Judgements Online, the SPC China, Tian Lu
IPKat readers may know the website China Judgements Online (CJO), in Chinese: 裁判文书网, an official platform where China courts' decisions are published. Quite often, this Kat’s case-analysis blog posts contain a line saying, ‘full text of judgment is here (in Chinese)’. By clicking 'here', the hyperlink directs to a page at the CJO. For non-Chinese speakers, it is easy to read decisions there with the help of online translation tools, as they are uploaded in plain text format.

A recent report from the Supreme People’s Court of China (SPC) shows that, at 18:00 on 30 August 2020, the total number of judicial adjudicative documents disclosed at the CJO had exceeded 100 million, with nearly 48 billion visits.

Today, this Kat's post presents a brief introduction to the handy and informative MUST-HAVE website for those who are interested in China’s judicial system or certain specific cases. 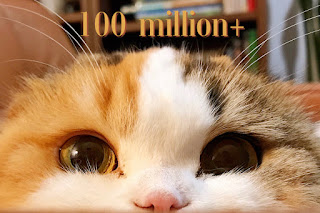 The SPC leads the shaping of the CJO and a series of judicial openness initiatives.

As a prologue, on 25 March 2009, the SPC issued the Third Five-Year Reform Outline for the People's Courts (2009-2013) (人民法院第三个五年改革纲要 [2009-2013]), proposing the idea of ‘establishing a system for the online release of judgment documents and a system for the online inquiry about enforcement information of cases’, as measures for ‘boosting the reform of the trial and enforcement openness system’, and ‘enhance the reasoning of judgment documents, increase the judicial transparency (Article 25)’.

In 2009 and 2010, two documents issued by the SPC, i.e., the Six Provisions on Judicial Openness (关于司法公开的六项规定) and the Provisions of the SPC on the Issuance of Judgment on the Internet by the People’s Courts (关于人民法院在互联网公布裁判文书的规定), provided clarification on matters regarding basic principles and specific procedures, marking the official start of the establishment work.

Fast-forward to 2013, on 1 July, the CJO website was officially launched. Then in November, the SPC issued a judicial interpretation titled ‘the Provisions of the SPC on the Issuance of Judgments on the Internet by the People's Courts (关于人民法院在互联网公布裁判文书的规定)’, requiring courts at all levels to disclose their effective judgements there and be responsible for the quality of the judgments from 1 January 2014.

An SPC’s report shows by June 2015, ‘The online publication of effective judgement documents has covered all four-level courts (the SPC, High People’s Courts, Intermediate People’s Courts and Basic People’s Courts) and all types of cases.’

Since December 2015, judgment documents written in five ethnic languages are available at the CJO, that is Mongolian, Tibetan, Uyghur, Korean and Kazakh.

On 30 August 2016, the SPC issued the current effective judicial interpretation of ‘the Provisions of the SPC on the Issuance of Judgments on the Internet by the People’s Courts (2016 Revision) (最高人民法院关于人民法院在互联网公布裁判文书的规定, 2016修订’, hereafter referred to as ‘the 2016 SPC Revision’), further refining the judicial openness system.

Practical highlights of the 2016 SPC Revision

The documents to be disclosed are comprehensive in type, as stipulated by article 3 of the 2016 SPC Revision:

According to Article 4 of the 2016 SPC Revision, a judgment rendered by a people’s court shall not be issued on the Internet under the following circumstances:

(1) it involves a state secret;
(2) it involves juvenile delinquency;
(3) the case is closed by mediation or the effect of a people's mediation agreement is confirmed; unless it is actually necessary to disclose the judgment for the purpose of protecting the state interests, public interests, and the lawful rights and interests of others;
(4) it involves divorce proceedings or child support and guardianship of under-aged children; and
(5) any other circumstance under which the people's court holds it inappropriate to issue the judgment on the Internet.’

Notably, a certain level of disclosure is still required for the non-disclosed documents, as stipulated by Article 6 of the 2016 SPC Revision, ‘the case number, court of trial, date of judgment, and grounds for non-disclosure shall be issued; unless the disclosure of the aforesaid information may divulge the state secrets.

Article 8 of the 2016 SPC Revision reads as follows:

When issuing judgments on the Internet, a people's court shall not show the names of the following persons:

Article 10 of the 2016 SPC Revision requests that a people's court shall delete the following information from the disclosed judicial documents:

As stipulated by article 7 of the 2016 SPC Revision:

Publishing (those legally permitted) judicial documents has become a common practice in several countries. This SPC-led establishment of the open and information-rich CJO is a welcome step forward.

It is unimaginable to conduct legal research without having a database of cases available as one of the primary legal sources. Some secondary sources could also be quite helpful, yet the importance of going back to the unfiltered, or not misinterpreted, starting point is irreplaceable.

The range of the CJO's audiences extends far beyond mere legal professionals and domestic residents. On that point, this Kat finds a recent article by Ms Susan Finder, an observer of the SPC (for 25 years!), quite refreshing.

The importance of establishing such platforms lies not in the large figures, e.g., the aforementioned 100 million documents (which, logically, is no fuss for large countries like China), but rather in making each judicial document accessible to every user in need. Such transparency is socially beneficial, as it promotes consistency in judgments of similar cases, brings understanding, inspiration and material for further discussion, debates, or criticisms.

The CJO is by far the most comprehensive online case library in China.

Meanwhile (critical thinking alert), one’s keen observation should not rest content with the mere massive 100 million documents or equate it into the accurate panorama. Drawing any substantial conclusion from the raw data, i.e., the published decisions, will require in-depth and multi-faceted considerations.

In addition, failure to publish documents within the prescribed time period sometimes occurs, which may not necessarily due to intentional cover-up though, but lack of relevant judicial resources. For IP cases, this Kat would also recommend the website of the Beijing IP Court, a diligently updated platform where readers could find some fresh case analysis on a weekly basis.

Back to the CJO, as a frequent visitor to the site, this Kat wishes the service provided was more user-friendly. Inter alia, there used to be some long irritating technical problems at the CJO, e.g. crashed webpages or unresponsive requests, due to reasons including traffic congestion caused by the flooding of crawlers. In response to complaints, in August 2019, the SPC made a public note in its Reply to the problem that the CJO cannot be used normally. Recently, after the latest website revision in September, the service has improved considerably, although there seems to be still room for further enhancement.

* The translations of the legal provisions adopted are from pkulaw.com.
* Photo courtesy of wepuriver at instagram

Reviewed by Tian Lu on Tuesday, September 29, 2020 Rating: 5
The IPKat licenses the use of its blog posts under a Creative Commons Attribution-Non Commercial Licence.