The IPKat team (including Merpel) is delighted to congratulate Richard Meade QC on his appointment as a Justice of the (English) High Court. The appointment, announced earlier today, will take effect on Monday [no hanging about!].

There has been much speculation in the UK’s IP community regarding the identity of the next IP specialist High Court judge (a much-needed appointment in light of the richly-deserved recent elevations of Lord Justice Arnold and Lord Justice Birss to the Court of Appeal). The name of the (soon-to-be) Mr Justice Meade came up frequently as one of the front-runners, and no doubt will be a widely popular choice.

Richard practised at 8 New Square chambers, having become a QC in 2008, and is particularly known for cases involving pharmaceutical and telecoms patents. He has substantial judicial experience already: he became a Recorder in 2008 and a (part-time) Deputy Judge of the High Court (Chancery Division) in 2011.

We are expecting the appointment to the High Court of at least one more specialist IP judge within the next few months - more news as we have it! 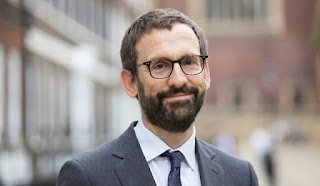 Reviewed by Alex Woolgar on Friday, September 04, 2020 Rating: 5
The IPKat licenses the use of its blog posts under a Creative Commons Attribution-Non Commercial Licence.