CJEU confirms no likelihood of confusion between MASSI and MESSI

Léon Dijkman Thursday, September 17, 2020 - #IPKat, C-328/18, C-361/04, C-449/18, C-474/18, conceptual similarity, counteraction, Léon Dijkman, Massi, Messi, Picasso/Picaro
Today, the Court of Justice of the European Union (CJEU) upheld a 2018 decision by the General Court (GC), in which it held that there is no likelihood of confusion between the word mark MASSI and a figurative sign containing the word MESSI. The latter sign was filed by Lionel Andrés Messi Cuccittini, better known as just Messi, who is widely regarded as one of the greatest football players of all time.

The decision is important because it confirms the special status of the conceptual comparison in the likelihood of confusion test: even if signs have a high degree of visual and aural similarity, strong conceptual dissimilarity may suffice to prevent a finding of likelihood of confusion. Just a few months ago, the CJEU restricted such a finding to "exceptional cases" in C-328/18 P Black Label by Equivalenza [par. 75, Katpost here]. Today's decision is a prime example of such an exceptional case. 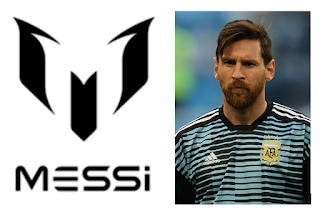 The European Union Intellectual Property Office (EUIPO) Opposition Division upheld the opposition [here]. That finding was confirmed by the EUIPO's Board of Appeal [here]. According to the Board of Appeal, "MESSI and MASSI are meaningless words for most consumers and the conceptual dissimilarity based on the fame that Lionel Messi enjoys among football fans only concerns part of the public, who is interested in football and sport in general." [at 27]. Because the signs were also considered visually and aurally similar, a likelihood of confusion was found.

The GC annulled the Board of Appeal's decision. It agreed that the signs were visually and aurally similar, but considered the analysis as regards conceptual similarity erroneous.

According to the GC, Lionel Messi is not only known among sports enthusiasts: it considered that he would be known by the majority of "informed and reasonably attentive people who read newspapers, watch television, go to the cinema or listen to the radio" [at 52, my translation from French]. In sum, Messi was considered to be so famous that he would be known even by people who don't watch football regularly.

The GC added that since the relevant goods were sports clothes, the relevant public was all the more likely to know Messi and thus associate the MESSI trade mark directly with him.

Here, too, the GC declined to follow the Board of Appeal. Although it is correct that the EUIPO opposition bodies may only decide cases on the basis of facts and evidence adduced by the parties, this rule does not exclude taking account of well-known facts. According to the GC, Messi's fame is such a fact: it was "capable of being known by any person or which could become known from generally accessible sources" [at 61, my translation from French].

Moving to the likelihood of confusion test, the GC held that conceptual differences may "neutralize" [since C-328/18 P: counteract?] visual and aural differences and cited cases where this was established [at 73]. Such was the case here, because the relevant public would perceive MESSI as a direct reference to the football player and not as a generic Italian word [at 75]. Consequently, the Board of Appeal's decision was annulled and the opposition dismissed.

The text of the CJEU's decision is not yet available, but the press release makes clear the decision was upheld on three key points:
Comment

This Kat is quite happy with the outcome of this case: it would be undesirable if public figures like Messi would be unable to register their own names as trade marks due to pre-existing marks, even if registered in good faith. However, it seems to me that the application of counteraction is less justified if the public figure's trade mark is the basis for the opposition: in that case, the trade mark holder could actually be penalized for their strong recognition (as happened in Picasso/Picaro). I wrote more on these issues here.

As for today's decision, it is hard to comment without the decision's text, but a few things stand out.

Firstly, one may wonder what is meant by the GC's and CJEU's use of the phrase "reputation". Reputation is, of course, a well known concept in European trade mark law: as per Articles 8(5) and 9(2)(c) of Regulation 2017/1001 (the EU Trade Mark Regulation), trade marks with a reputation enjoy a broader scope of protection. For a EU trade mark to benefit from this enhanced protection, it must have a reputation in a "substantial part of the territory of the EU": a single Member State may suffice, as per C-301/07 Pago [at 29-30].

The question, then, is whether the use of "reputation" in the MESSI/MASSI decisions means that any application that satisfies the PAGO-test is now shielded from opposition proceedings. Surely, this cannot be the intended effect—but the use of the general term "reputation" may suggest otherwise. This is a relevant question since Europe has many local celebrities (not to mention reputed brands). Take, for instance, the singer-songwriter duo Nick & Simon, originating from this Kat's home country: I would be surprised if readers from Netherlands and Belgium did not know them, but equally surprised if readers from other countries did. So how would the NICK & SIMON trade mark fare under MESSI/MASSI?

The problem brings to mind a recent decision by the EUIPO's Cancellation Division in which McDonald's BIG MAC trade mark was revoked because it had not adduced evidence of use [Katpost here]. Surely, under the evidentiary presumptions established in MESSI/MASSI, that decision should be revoked in the pending appeal: the fact that McDonalds sells BIG MAC sandwiches is perhaps even better known than the footballer Messi. Then again, one could argue that more stringent standards should apply when it comes to proof of use.

Taken together, these observations suggest that the MESSI-decisions require something of a "super-reputation" to apply [perhaps that's what the CJEU meant with the phrase "exceptional case" in C-328/18 P?] The difference in approaches between the European Courts and the EUIPO's decision bodies can be characterized as pragmatism versus formalism, in all aspects of the decision. This Kat prefers pragmatism, too, but it cannot be denied that is gives rise to new questions and legal uncertainty, which the EUIPO rightly strives to avoid. As the old saying goes, hard cases make bad law.

A third, more minor observation is that the decision seemingly disapproves of EUIPO's standard practice of not taking into account the reputation, if any, of the trade mark application when examining the likelihood of confusion [see the EUIPO's Guidelines on the issue]. Again, we have to await the text of the decision to know for sure, but the press release strongly suggests that this part of the Guidelines is now outdated or must at least be nuanced.

CJEU confirms no likelihood of confusion between MASSI and MESSI

Reviewed by Léon Dijkman on Thursday, September 17, 2020 Rating: 5
The IPKat licenses the use of its blog posts under a Creative Commons Attribution-Non Commercial Licence.