The overlap of IP with competition law is not for the faint of heart (or mind). Kat friend Aditya Gupta reports on an interesting judgment from the High Court of Delhi in this regard. 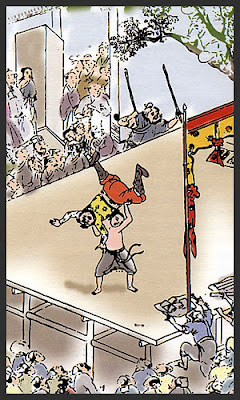 One of the thorniest ongoing issues in IP law is its overlap with competition law. A recent interesting instance can be found in the decision delivered by Justice Bakhru of the Delhi High Court in the case of Monsanto v. Competition Commission of India. The question addressed was whether the Competition Commission of India (CCI), which is the statutory authority responsible for maintaining free and fair competition in India, has jurisdiction to investigate anti-competitive behaviour involving the licensing and alleged exploitation of IP rights.

In this case, Monsanto’s licensees and sub-licensees approached the CCI, alleging anti-competitive behaviour through discriminatory and restrictive licensing by Monsanto. On the basis of information received, CCI ordered investigation into the activities of Monsanto. Monsanto then invoked the writ jurisdiction of the Delhi High Court to dispute the jurisdiction of CCI over matters related to patent licensing terms, relying both on statutory construction and judicial precedents.

Subsection 3(1) of the Competition Act, 2002 of India provides as follows:

No enterprise or association of enterprises or person or association of persons shall enter into any agreement in respect of production, supply, distribution, storage, acquisition or control of goods or provision of services, which causes or is likely to cause an appreciable adverse effect on competition within India.

However, subsection 3(5)(i) excludes from the ambit of subsection 3(1) any conditions necessary for the protection of IP rights or conditions that seek to restrain the infringement thereof. The only caveat is that such conditions should be reasonable.

Monsanto argued for splitting subsection 3(5) into two constituent parts, whereby the conditions imposed to restrain infringement do not have to comply with the reasonability requirement. It argued that the phrase in subsection 3(5)(i) ‘or to impose reasonable conditions,’ qualifies only the second limb of the subsection, which relates to the imposition of conditions necessary for protecting the subject IP right.

This argument was rejected. The court reasoned that on a proper construction giving effect to the intent of the subsection, the dissection proposed by Monsanto could not be accepted. According to Justice Bakhru, both the conditions necessary to protect IP rights and to restrain infringement need to be measured on the basis of reasonableness.

The issue of concurrent jurisdiction raised by Monsanto had previously been addressed by the same justice, Justice Bakhru, in 2016 in Ericsson v. CCI, a dispute over the licensing terms of Standard Essential Patents. The Delhi High Court ruled in favour of the CCI’s jurisdiction to investigate the alleged anti-competitive conduct of Ericsson. Under the court’s construction to the Patent Act and the Competition Act, there are no irreconcilable difference between them. Regarding the nature of remedies provided in the two statutes, it was held that while the remedies in the Patent Act were in personam, the remedies under the Competition Act were remedies in rem.

Having regard to the nature of the issues involved, the Ericsson judgement given by Justice Bakhru in 2016 was extensively referred to in order to undercut the arguments proffered by Monsanto. Monsanto sought to overcome the seemingly settled proposition of law by pointing to a 2018 decision by the Supreme Court of India, CCI v. Bharti Airtel. The Supreme Court in Bharti Airtel sought to balance the powers of the sectoral regulator with those of the CCI, holding that only after the sectoral regulator had returned a finding of anti-competitive conduct was the CCI empowered to investigate into such conduct.

The Delhi High Court rejected this argument, holding that the Bharti Airtel judgment was—

not an authority for the proposition that whenever there is a statutory regulator, the complaint must be first brought before the Regulator and examination of a complaint by the CCI is contingent on the findings of the Regulator.

In support of its conclusion, the Delhi High Court emphasized the domain expertise enjoyed by TRAI and the technical nature of the dispute in the Bharti Airtel case, together with the differences between the regulatory powers of TRAI vis-à-vis the Controller of Patents. The Delhi High Court underscored that the dispute before the Supreme Court in the Bharti Airtel case related to the provision of interconnection of services between different service providers, which is a statutorily recognised duty of TRAI. Nothing similar could be said about the Controller of Patents in the instant case. 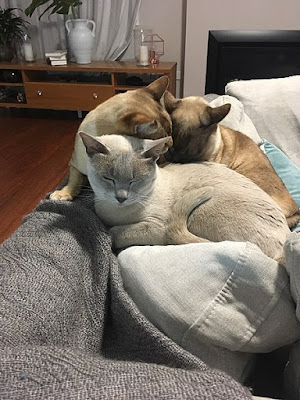 The fact that TRAI has issued compulsory regulations, and collects the tariff for interconnection further distinguished between the nature of its regulatory powers in comparison with those of the Controller of Patents. While the Controller’s primary function is to examine the applications for the grant of patents, TRAI was involved in overarching regulation of the entire telecom industry. In the Delhi High Court’s opinion, the broad domain expertise enjoyed by TRAI, enabling it to adjudicate disputes across a broad swathe of the telecom sector, undercuts the analogy that Monsanto sought to draw between the Controller and TRAI.

Monsanto has filed an appeal, and an order from the division bench of the Delhi High Court has temporarily restrained the Directorate General of CCI from submitting a final report in the alleged anti-competitive behaviour of Monsanto. Thus, while the CCI’s jurisdiction to investigate issues involving intellectual property rights is not fully settled, the ruling of the Delhi High Court in Monsanto v. CCI provides helpful guidance in this regard.

Picture on right by Ghostexorcist, who allows anyone to use it for any purpose.

Picture on left by LoganBlade and is licensed under the Creative Commons Attribution-Share Alike 4.0 International license.

Reviewed by Neil Wilkof on Sunday, September 13, 2020 Rating: 5
The IPKat licenses the use of its blog posts under a Creative Commons Attribution-Non Commercial Licence.