[Guest post] The Casebook of Copyright: are the character traits of Sherlock Holmes protected by intellectual property?

Nedim Malovic Tuesday, September 29, 2020 - copyright, Enola Holmes, John Shaw, Leslie Klinger v Conan Doyle Estate, Sherlock Holmes, US copyright
Fictional characters, copyright and (very) old works: what could possibly go wrong? The IPKat is happy to host this guest post by Katfriend John Shaw (who also blogs at JohnShawIP.com) on the legal issues recently arisen around Netflix's Enola Holmes.
Here's what John writes:
Enola Holmes, a new film about the sister of Sherlock Holmes, has been released on Netflix. It stars the brilliant Millie Bobby Brown, Henry Cavill, Sam Claflin and Helena Bonham Carter and is based on a series of books under the same name by Nancy Springer. The story follows the following premise: Enola, the younger sister of Sherlock and Mycroft, awakes on her sixteenth birthday to find that her mother has disappeared. The game to find her mother is afoot! However, what is just as notable for those interested in copyright is the recent case filed by the Conan Doyle Estate alleging that the film, and works that it is based on, are infringing on the copyright and trade marks held by the Estate relating to the world’s most famous detective.
Court filings, available here and here, set out a very interesting case based on the fact that certain character traits of Sherlock Holmes (played by Cavill) which appear in the film, still retain their copyright protection because the original stories in which they appear have not yet entered the public domain. This is because Holmes displays emotion and a caring nature towards Enola during the film and the Conan Doyle estate allege that this aspect of the Holmes character is present in stories which retain protection under US copyright law. 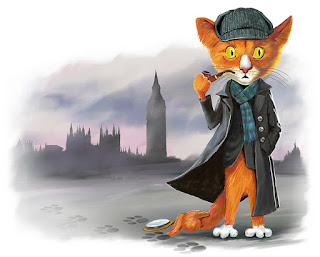 The Sherlock Holmes stories by Conan Doyle were first published in 1887 with A Study in Scarlet. Between 1923 and 1927 Conan Doyle wrote his last ten original stories about Holmes (The Case-Book of Sherlock Holmes). It is alleged by the Estate that in the last ten stories Conan Doyle added new character traits for Holmes and Watson. The reason given for adding these character traits is because the stories were written after WWI in which Conan Doyle lost his brother and his eldest son and Conan Doyle wanted Holmes to develop human connection and empathy. Until that time, Holmes had been portrayed as indifferent to human emotion, with a disinclination to form new friendships.The documents filed at court state that following WWI:

Conan Doyle made the surprising artistic decision to have his most famous character – known around the world as a brain without a heart – develop into a character with a heart. Holmes became warmer. He became capable of friendship. He could express emotion.

This case raises the very interesting issue of the extent to which fictional character traits are capable of copyright protection particularly when the underlying characters (or versions of those characters) are in the public domain.
The Conan Doyle Estate has already received judgments partly related to this issue. In Leslie Klinger v Conan Doyle Estate it was stated, by Judge Posner, that it was impossible to “find any basis in statute or case law for extending a copyright beyond its expiration. When a story falls into the public domain, story elements – including characters covered by the expired copyright – become fair game for follow-on authors” - Leslie Klinger v Conan Doyle Estate, No. 14-1128 (7th. Cir.) June 2014 Judge Posner at p. 8 referring to Silverman v CBS 870 F.2d 40, 49 -51 (2d Cir. 1989). Whether the emotion of a character would be considered a “story element” is unknown, but this would be a persuasive argument as the emotion of Holmes does drive minor story elements in the film.
In Klinger, the judge went on to note that “Holmes and Watson were distinctive characters and therefore copyrightable. They were ‘incomplete’ only in the sense that Doyle might want to (and later did) add additional features to their portrayals. The resulting somewhat altered the characters ... the alterations do not revive the expired copyrights on the original characters” - Judge Posner at p.13. This seems to suggest that even though the characters became altered in later versions of the original stories, such elements do not enable the Estate to claim that there is a separate copyright for the later versions, but it is not conclusive and the door for such an argument appears to be open. In light of this decision and these comments, it would appear that the Estate might have a difficult task in setting out their case.
If this case was being tried under English law the Conan Doyle estate may have an even harder time. Previous decisions (both against the Conan Doyle Estate) in Conan Doyle v London Mystery Magazine and Tyburn Productions Ltd v Conan Doyle [1991] Ch. 75 CA have held that the Sherlock Holmes’ name and address and the literary characters themselves are not protectable under UK law.
As a result the Estate may have to rely on the alleged trade mark infringement, based on the extensively used and licensed portfolio of trade marks relating to Sherlock Holms and Dr Watson. It is stated that the use of ENOLA HOLMES for the book series and in connection with the film will create a likelihood of confusion as to whether the Conan Doyle Estate sponsors or endorses them.
The film producers state that the claims are attempts by the Conan Doyle Estate to obtain a licence fee in the last few years of the copyright protection available for the stories. However, this story also highlights an interesting issue in the idea/expression dichotomy. If character traits of fictional characters were protectable by copyright law this could raise the question of whether only those characteristics are capable of protection. Should the Conan Doyle Estate succeed in its claim it could mean that for characters in a series of original works, each work contains a potentially distinct version of the character which is protected by its own copyright term.
Perhaps when considering the emotion of a fictional character the court will not trust to general impressions, but concentrate upon the detail, but, because it is a capital mistake to theorize before one has data, we must wait to see what the court decides.
[Guest post] The Casebook of Copyright: are the character traits of Sherlock Holmes protected by intellectual property?

Reviewed by Nedim Malovic on Tuesday, September 29, 2020 Rating: 5
The IPKat licenses the use of its blog posts under a Creative Commons Attribution-Non Commercial Licence.