Another view on Glenn Gould, user rights, performance and recording

‘Beware; for I am fearless, and therefore powerful’ – the monster, Mary Shelley’s Frankenstein (1818) 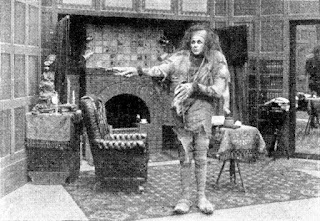 In her article, ‘Glenn Gould: Inventor of “User Rights”?’, Professor Mira T. Sundara Rajan points to Glenn Gould’s interview with Humphrey Burton as an early example of discussions about user rights, embodied by Gould’s ‘new listener’. Whilst the importance of recordings since 1966 has increased and new technologies have created new opportunities for sonic manipulation, music listeners have not become conductors in their own right (as Gould predicted) – struck by the lightning of inspiration.

Instead, new listening technologies (such as the iPod and Spotify) have become disassociated with technologies that allow music to be manipulated or adapted (such as the turntable or the digital audio workstation (DAW)). I think it is worth probing further the relationship between user rights, listening, and music technology in the half-century since the interview.

In one part of the interview, Gould states that the ability to ‘accelerate’ the tempo of records could allow listeners to conduct their own versions of symphonies. Burton replies that: ‘I want to hear Klemperer’s Beethoven, I don’t want to do my own Beethoven’. Gould immediately responds ‘Why not? Are you afraid of your own Beethoven?’ Gould goes on to explain that in the future the listener may be presented with a ‘skeleton’ performance which they could ‘assemble’.

For Gould, once the listener obtains the ‘power’ to control recordings, they will not relinquish this power lightly. Once the technology was there, Gould’s Frankenstein listener would dissect and assemble a piece to fit their own vision. However, this Promethean dream has never been realised. Whilst the clay of musical recordings has become ever-more malleable, listeners’ desire for authenticity and portability, coupled with new technologies, have dislocated the listener from creativity and user rights.

It is important to situate Gould’s comments in 1966, when ‘High Fidelity’ recordings and listening setups were becoming increasingly more sophisticated, with additional controls for the listener, the ‘stereophonic dials’ referenced by Gould. Whereas Gould imagined a future where these dials would become ever-more complicated and the listener's control over their music would become ever greater, in fact, they have essentially vanished into thin air.

Fast-forward to 2020 and, as a listening public, we have actually travelled in a different direction. The mobility offered by products from the Sony WalkMan and the iPod to compressed mp3 files and cheap earphones has come at the cost of 'High Fidelity' sound and sophisticated controls.

How many listeners would even know how to change the EQ on their listening devices? How many platforms allow you to change the tempo of songs in your library? Why such tools are not available on iTunes and Spotify probably reflects equally a reluctance on the part of licensors to cede control to users and an ambivalence among the listening public to have such controls. In Gould’s words, what are they afraid of? 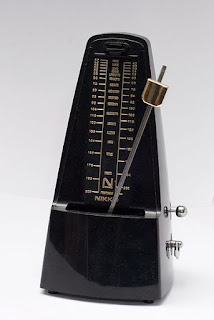 In music, this has been exacerbated by the move to streaming from mp3 files (coincidentally the release of Napster in 1999 coincides with when Gould wrongly predicted that the concert hall would be ‘dead’). Under streaming’s IP framework, songs are not ‘owned’ by the listener as objects that can be re-sold as their rights are exhausted.

Instead, songs are streamed under licence. In Gould’s terms, this has also decreased the ‘power’ of the listener, because these songs can therefore not be adapted or mixed. Digital rights management designed to prevent piracy equally restrict listeners’ rights to fair use / fair dealing, e.g. changing the tempo or EQ of a recording for personal use in real-time.

Portable listening devices, and an ever-presented connected culture, have instead meant that the listener does not have control over the music through technology. Rather, the ability to listen to any music at any point anywhere allows music to shape the listener’s environment and emotions. This portability is a fundamentally different type of control than the artistic choices made by Gould’s imagined future listener.

But what about user rights? The ‘conductor-like control’ imagined by Gould suggests some of the controls available to DJs (for instance, the ability to change EQ, dynamics, changing tempo and mixing). Coincidentally, these technologies were about to be pioneered by Jamaican Dance Hall DJs such as Lee ‘Scratch’ Perry in the 1960s and 70s (who would ‘remix’ reggae songs), a technique later employed by hip-hop and disco DJs. Whilst the interplay between DJing (and in particular sampling) and user rights is significant, this has become a new mode of performance and recording rather than something that a listener would be expected to be able to do (albeit a type of performance that can be done for next to nothing by amateurs).

Returning to Gould, outside of the recording studio, this new type of performance has never really crossed-over to classical music. No-one listens to a Daniel Barenboim recording of the Chicago Symphony Orchestra and changes the tempo because his interpretation of allegretto in a Beethoven symphony was a bit too slow for the listener’s taste. Those who care enough (and have the requisite resources) to listen to music not on a phone in tinny headphones are typically looking for ‘High-Fidelity’ – i.e. something that is ‘faithful’ to the recording.

In fact, it is precisely because more sophisticated recording technologies in the twentieth century allowed listeners to hear the differences between Gould and Ashkenazy that led to a veneration of recording artists and the works that they created. Far from losing their ‘aura’ as predicted by Walter Benjamin in ‘The Work of Art in the Age of Mechanical Reproduction’ (1935), recordings have become increasingly venerated as artworks in and of themselves. 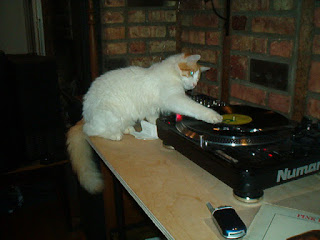 Whereas Benjamin saw recording as an inauthentic depreciation of an original composition, twentieth-century and twenty-first-century musical styles have become increasingly determined by their recording practices. Whilst recordings themselves may be Frankenstein's monsters, comprised of public domain and licensed recordings, the listener typically receives these as ‘object d’arts’ not as malleable materials to be, in Gould’s words, ‘supplant[ed] or supplement[ed]’. Far from skeletons, recordings arrive fully moulded by performers and engineers.

Gould specifically mentions mixing in the interview, asking Burton whether he would be intrigued to make a composite of a Klemperer and Bernstein recording of a work by Beethoven. Burton is non-plussed, why would he want to make such a monster? How can we have the power of user rights if we are too fearful to use them?

Picture on upper right by James Searle Dawley and is in the public domain.

Picture on lower right by Victorgrigas and is donated to the public domain.

Another view on Glenn Gould, user rights, performance and recording

Reviewed by Neil Wilkof on Tuesday, October 20, 2020 Rating: 5
The IPKat licenses the use of its blog posts under a Creative Commons Attribution-Non Commercial Licence.