Around the IP Blogs

Let's have a look at what happened in the IP world last week... 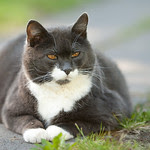 Traditionally, before the Paris first instance court (tribunal judiciaire), the validity and infringement of a patent and, more rarely, the compensation for damages are addressed, pleaded and judged together. However, sometimes, the particular context of a dispute leads the judge in charge of case preparation to dissociate these issues, in order to rule on them one after the other. The case of Lufthansa v Thales Avionics is such an example. EPLaw reported on the case.

A rare thing happened at the Federal Circuit. The court heard oral argument on a petition for a writ of mandamus. The petition was filed by Apple in a patent infringement case filed against it in the Western District of Texas brought by patent assertion entity, Uniloc. Patently-O reported on the petition.

Tesla is sued for patent infringement over vehicle connectivity. Optis Wireless Technology, LLC et al filed a complaint against Tesla Inc. for patent infringement on Sunday in the Eastern District of Texas alleging that defendant Tesla has infringed the asserted patents by using cellular connectivity in its vehicles. Law Street Media reported hereon.

The CJEU handed down a long-awaited judgment on a matter that thrilled sports fans and the IP community! Footballer Lionel Messi Cuccittini is allowed to register his surname as a trademark for a sportswear brand after a nine-year legal battle. Kluwer Trademark Blog reported on the trade mark.

In a battle between Tiffany and Company v. Costco Wholesale Corp., USA, Costco raised triable issues of fact as to its liability for infringement and counterfeiting and whether its use of “Tiffany” to describe a ring style was fair use. Kluwer Trademark Blog provided more information on the battle.

Around the IP Blogs

Reviewed by Magdaleen Jooste on Sunday, October 04, 2020 Rating: 5
The IPKat licenses the use of its blog posts under a Creative Commons Attribution-Non Commercial Licence.