InternKats: Sophie Corke, Magdaleen Jooste, and Anastasiia Kyrylenko.
Home Novartis orphan drugs Paediatric Extension SPC Supplementary Protection Certificate / SPCs and orphan drugs-- is the double layer getting messy or is it just a matter of timing? A new ruling of the District Court in the Hague to shed some light?

SPCs and orphan drugs-- is the double layer getting messy or is it just a matter of timing? A new ruling of the District Court in the Hague to shed some light?

The ruling of the District Court  in the Hague in the case C/09/595262 KG ZA 20-605 concerns the pharmaceutical Exjade (generic substance deferasirox), protected both by  a patent and subsequently a Supplementary Protection Certificate as well by an Orphan Drug Designation. Novartis sued Mylan for infringement of the  SPC (under the term of its Paediatric Extension) on Exjade; Mylan  countersued alleging  the invalidity of the Paediatric Extension. The specific ruling concerns preliminary relief proceedings.

On the issue of whether preliminary relief should be granted for the infringement of Novarti’s SPC, Mylan  based its arguments  on its interpretation of Articles 36(4) and 37 of the Paediatric Regulation,   claiming that the double prohibition against the Paediatric Extension (both on the orphan drug as well as on the SPC) also applies when a medicinal product was designated as an orphan medicinal product in the past.   Mylan argues, therefore, that Novartis has in effect cherry picked between applicable forms of protection;  enjoying both SPC and orphan drug designation, it finally ultimately  opts for receipt of  an SPC Paediatric Extension  rather than an orphan drug extension.

Furthermore, Mylan argues that Novartis delayed the procedure stipulated under the Paediatric Regulation (the Paediatric Investigation Plan, PIP, and its completion) in order for Exjade to be eligible for a Paediatric Extension only after the orphan drug designation would have expired. In this way, Novartis has (according to Mylan) attempted to manipulate the system and receive an SPC Paediatric Extension.

The applicable legal framework is in this respect clear; a pharmaceutical may not enjoy both an SPC Paediatric Extension and a two-year extension of its orphan drugs designation.  The question posed by Mylan is whether the exception to this double incentive also applies to pharmaceuticals that have previously been designated as orphan drugs, but for which the ten-year term of protection has expired.

The court concludes that taking into consideration the objectives of the Peadiatric Regulation, Articles 36(4) and 37 of the Regulation may not be interpreted in any other way  other than that an SPC Paediatric Extension may be granted on a medicinal product, even if this was previously designated as an orphan drug, as long as this designation is no longer valid (either expired or withdrawn). Furthermore,  the court ruled  that Mylan’s claim regarding  the delay in the PIP proceedings may not be taken into consideration, since this objection should have been raised  within  the framework of the PIP procedure. 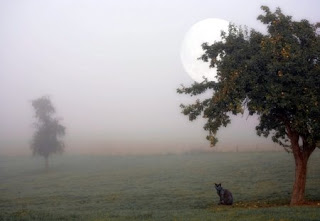 Furthermore, the Orphan Drugs Regulation   explicitly states that it does not affect intellectual property rights ( Article 8 of the Orphan Drugs Regulation). In an industry as IP intensive as the pharmaceutical industry, keeping “orphan drugs” outside the IP framework-, seems naïve. The inevitable interface between regulatory rights and those of  intellectual property, which  seems to have been neglected, or at least underestimated, by the legislator, will without a doubt give rise to more cases like the Novartis ./. Mylan ca
SPCs and orphan drugs-- is the double layer getting messy or is it just a matter of timing? A new ruling of the District Court in the Hague to shed some light?

Reviewed by Frantzeska Papadopoulou on Monday, October 19, 2020 Rating: 5
The IPKat licenses the use of its blog posts under a Creative Commons Attribution-Non Commercial Licence.