The threat to trust: Will the certification mark be a long-term victim of the coronavirus? 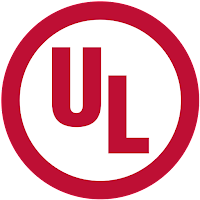 Pandemics may have long-term consequences. One such early outbreak, the sixth century Plague of Justinian, severely weakened both the Sasanian Empire and the Byzantine Empire, which in turn contributed a century later to the rapid expansion of Islam. The death toll from the Black Death of the 14th century decimated the agricultural working population in Europe and hastened the demise of feudalism.

The coronavirus will hopefully not come anywhere close to the baleful effect of these pandemics. But even after the medical and economic damage of the coronavirus is ultimately brought under control, harmful side effects may linger, even, perhaps, for IP. In particular, in tandem with the deterioration of public trust over the course of the pandemic, the status of the certification mark might be impaired.

Against that background, consider a brief advertisement that accompanied a podcast which this Kat heard earlier this week. No investment or financial services were being flogged here; rather, it was a brief advertisement for UL. Long known as Underwriters Laboratories, the certification mark UL, in its various forms, here, is probably the world’s best-known testing, inspection, certification, auditing, and validation company, with offices throughout the world.

Indeed, when the USPTO Trademark Manual of Examining Procedure sought to describe a certification mark, it did so as follows—

Undergirding UL’s certification function is the concept of trust (embodied in another mark of the company— “UL Empowering Trust”). Persons who encounter the UL mark on a product have come to trust, and thereby rely on the mark, as on other certification marks, as a badge of safety. A trademark as a badge of origin is one thing; the most that is at risk is consumer confusion. But the risk in getting certification wrong may be a matter of health and safety. (Indeed, the roots of the company go back to 1894, following the fire at the 1893 Chicago Fair.)

Whatever one’s view about our current state, it is beyond cavil that the level of public trust in institutions and occupations is low (this trend, of course, predated the pandemic). But in the face of the coronavirus crisis, this lack of public trust has been exacerbated, impacting on the science and medicine brought to bear on dealing with the virus. 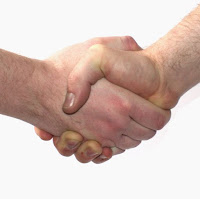 Trust the reliability and validity of the tests for infection—or not. Trust the infection rates—or not. Trust the (when and if) vaccination-- or not. The aggregate of the result of these various binary “yes or no” options is to weaken the structures that have been put in place to enable public trust.

A central part of this culture of trust is certification, embodied in a certification mark. Should the public come out of the pandemic with a further diminished sense of trust, to the extent that the view ultimately takes hold that certification is not feasible, then the certification mark will have no raison d’etre. It is against this background that this Kat understood the felt need by UL to advertise itself.

Picture on left by Tobias Wolter and is licensed under the Creative Commons Attribution-Share Alike Unported license.

The threat to trust: Will the certification mark be a long-term victim of the coronavirus?

Reviewed by Neil Wilkof on Friday, October 23, 2020 Rating: 5
The IPKat licenses the use of its blog posts under a Creative Commons Attribution-Non Commercial Licence.