Is “taking all reasonable precautions”, or “otherwise acting innocently”, a defence to possessing counterfeit goods?

Neil Wilkof Tuesday, October 06, 2020 - belief that the goods are genuine, possession of counterfeit goods, reasonable precautions, Singapore
When can the purchaser of counterfeit goods for retail sale have a legally acceptable defence that he believed that the goods were genuine? Kat friends Denise Ee and Jacqueline Gwee describe a recent decision in Singapore that shows that such a claim is not easily accepted by the court.

What is the threshold for establishing a valid defence to possession of goods with falsely applied marks for the purpose of trade? This was the 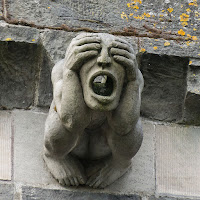 The accused, Mr Qiao (the “Accused”), ran an online business selling mobile phone and computer parts to consumers. As a sole operator, he imported goods from China, posted product listings of them online and took orders from customers in Singapore.

The Accused was prosecuted for the offence of possessing goods with falsely applied marks for the purpose of trade in respect of 198 items that were seized from his office. These items had falsely applied trade marks registered to Apple in Singapore, namely the Apple logo and the “DESIGNED BY APPLE IN CALIFORNIA” mark, on goods such as MagSafe power adapters, Lightning to USB cables, Earpods and iPhone batteries (the “Goods”).

It was not disputed that the Goods were in the possession of the Accused for the purpose of trade. Further, the court held that the Apple marks were falsely applied to them. The issue, then, was whether Mr Qiao could prove on a balance of probabilities the defence as set out in the Singapore Trade Marks Act:

a. Had taken all reasonable precautions against committing the offence of possession of goods with falsely applied marks for the purpose of trade; and at the time of the alleged offence, he had no reason to suspect the genuineness of the trade marks; and

b. On demand by or on behalf of the Prosecution, the Accused gave all the information in his power with respect to the persons from whom he obtained the Goods;

Or alternatively, whether the Accused had acted innocently in the commission of the alleged offence.

The court held that the defence was not successfully made out. The court first noted that case law had established that the two elements – of “having taken all reasonable precautions” and “no reason to suspect the genuineness of the mark” – were part of a single composite enquiry to be considered in assessing the reasonableness and adequacy of precautions taken by the Accused from the perspective of a reasonably prudent businessman in similar circumstances.

Some of the factors considered by the court on whether the defence had been made out are:

a. Price discrepancy between the counterfeit goods and the trade mark owner’s goods;

b. The reputation of the supplier;

c. Whether the infringer had made the necessary inquiries with the supplier; and

d. Whether the infringer had provided information as to the source of the goods. 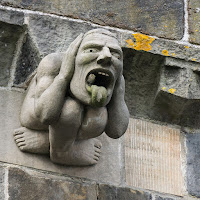 sufficient reason to suspect the genuineness of the trade marks on the Goods. Further, his behaviour in regard to the above showed that he did not act innocently.

The court found that the Accused was an experienced businessman, As such, although the Accused had conducted his own tests as to the appearance and quality of the Goods, these tests only went towards the quality of the product and not whether the products were genuine or counterfeit, and further that a reasonably objective businessman would not have concluded that a product was definitively genuine due to its high quality.

The Accused had not subjected the supplier to his usual standards of care when he purchased the Apple Goods from the supplier, given that he neither requested for nor received authentication reports of the same kind. Lastly, the Accused could not provide investigators with his suppliers’ business registration information, websites, invoices, or physical addresses nor could he otherwise prove the existence of his suppliers.

As for whether the Accused had sufficient reason to suspect the genuineness of the trade marks on the Goods, obvious disparities in pricing are relevant factors to consider whether a reasonably prudent businessman would be put on notice that the goods could possibly be counterfeit. A difference in pricing between 30% to 69% when comparing the Accused’s selling price for the Goods and Apple’s recommended retail price for the genuine goods was held as a significant disparity.

Further, the fact that some of the Goods were packaged in unmarked brown boxes rather than Apple packaging should have also raised the Accused’s suspicions. Given the above, it was held that the Accused had not acted innocently in the commission of the offence. As the defence was not made out, the Accused was found guilty.

This case is a cautionary tale for those who purchase goods of unknown provenance from suppliers. The court distinguished between relying on the reputation of a reputable and established business, as in the case of Public Prosecutor v Tan Lay Heong and another [1996] SLR(R) 504, where assurances from a reputable department store could be relied on, and the current case, where the supplier was unknown. Although the supplier had provided the Accused with genuine products of other electronic brands, one must not assume that all of the supplier’s products are genuine. 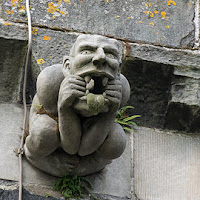 This case demonstrates that a prudent and reasonable businessman is expected to have a certain standard of care when purchasing products from online suppliers, particularly suppliers that are not reputable. Layman tests on quality and appearances of the products are insufficient, nor is it sufficient to rely on supplier’s assurances that the products are genuine without any documentary evidence of same.

Pictures from Paisley Abbey by Colin and our licensed under the Creative Commons Attribution-Share Alike 3.0 Unported license.

Is “taking all reasonable precautions”, or “otherwise acting innocently”, a defence to possessing counterfeit goods?

Reviewed by Neil Wilkof on Tuesday, October 06, 2020 Rating: 5
The IPKat licenses the use of its blog posts under a Creative Commons Attribution-Non Commercial Licence.