InternKats: Sophie Corke, Magdaleen Jooste, and Anastasiia Kyrylenko.
Home Coco v. A N Clark confidentiality lawyer new representation settlement agreement Singapore / When you are a lawyer, what is confidential about a confidential settlement?

Neil Wilkof Sunday, October 04, 2020 - Coco v. A N Clark, confidentiality, lawyer, new representation, settlement agreement, Singapore
The law of confidence is protean at best, with no international framework and a wide diversity of national approaches. The circumstances in which the confidence arises also matters. Kat friend Paul McClelland reports on a judgment in Singapore concerning the use of confidential information gained from settlement negotiations.

In the case of LVM Law Chambers LLC v Wan Hoe Keet [2020] SGCA 29, the court was asked whether it was proper for a law firm to act against the same counterparty in which earlier proceedings against that party had been resolved by a settlement agreement subject to confidentiality.

The court, both on first instance and on appeal, agreed that the appellant should be restrained from disclosing the terms of the settlement agreement. However, the appellate court declined to enjoin the law firm from acting in the subsequent case.

The court’s reasoning began with the well-known tripartite test for breach of confidence found in the English case of Coco v A N Clark (Engineers) Ltd [1969] RPC 41, namely (as paraphrased by the court in LVM) that:

(a) “the information must possess the quality of confidentiality;

(b) the information must have been imparted in circumstances importing an obligation of confidence; and

(c) there must have been some unauthorised use of that information to the detriment of the party from whom the information originated.”

The court noted that there are numerous cases based on Coco where a lawyer had been restrained from acting in subsequent proceedings against the same counterparty. The court then observed, based on the authorities before it, that the test needed to be carefully applied to the circumstances. In particular, the respondent was not a client or former client of the law firm and accordingly the third limb ought to be “modified” to suit the context of the case. 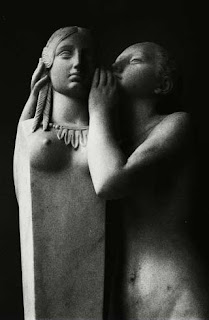 For the first two limbs of Coco, the court observed that lawyers would be bound in equity to the same obligations of confidence as their clients in respect of a settlement agreement. This could apply, for example, to the terms of the agreement, but it could also apply to other matters surrounding the negotiations--

the precise contours of the obligation of confidence on the part of the lawyer to keep such information confidential would, of course, depend on the terms of the confidentiality agreement signed by the client.

The court stated that it is for the party seeking an injunction to prove that information is confidential in nature. If so, it would be inappropriate for a lawyer to use the information during subsequent proceedings, whether consciously or unconsciously, to secure an advantage for their client. On the facts of this case, the law firm was bound to keep the terms of the settlement agreement confidential, but there was no such obligation in relation to the “any other matters” relating to the settlement negotiations.

For the “modified” third limb of Coco, the court said that it ought to consider whether there was a “real and sensible” possibility of misuse of the information. This was based on the Australian case of of Smith Kline & French Laboratories (Aust) Limited v Secretary, Department of Community Services and Health (1990) 22 FCR 73. The court again said that it would be for the party seeking injunction to prove this point.

On the facts of the LVM case, the Court concluded that there was no such “real and sensible” possibility. As such, there was no concrete justification for restraining the law firm from acting in the subsequent proceedings.

This case illustrates the importance that courts place on the freedom of parties to litigation to choose their own counsel. In the absence of a fiduciary duty or contractual obligation, a law firm is generally free to act against the same counterparty unless there is a “real and sensible” possibility that information of a confidential nature gained through acting in previous settlement negotiations could be misused. Lawyers drafting the terms of a settlement negotiation must therefore be cognizant of this issue.

What is perhaps ultimately most interesting about this decision is that it was handed down just three days before the decision in I-Admin (Singapore) Pte Ltd v Hong Ying Ting and others [2020] SGCA 32. You can read about the I-Admin case here, but in short that case significantly rebalanced the law of confidence in Singapore: once the first two limbs of Coco are established, there is a prima facie case for breach of confidence.

In other words, the burden of proof of misuse or likelihood of misuse now falls on the defendant. If this were applied to LVM, the law firm might have had a lot more work to do to succeed in resisting the injunction.

Picture by Christophe Moustier, who has granted the right to reuse the work.

Reviewed by Neil Wilkof on Sunday, October 04, 2020 Rating: 5
The IPKat licenses the use of its blog posts under a Creative Commons Attribution-Non Commercial Licence.