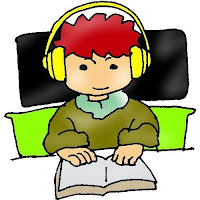 Bonnier and the other plaintiffs in the underlying action were all publishing companies; they held, inter alia, exclusive rights to the reproduction, publishing and distribution to the public of 27 works in the form of audio books. It was their contention that their exclusive rights were infringed by the public distribution of these 27 works, without their consent, by means of a file transfer protocol (FTP) server which facilitated online file-sharing and data transfer between computer users via an internet service provider called ePhone.

Confident that they were entitled to secure legal redress for infringement of their copyright, Bonnier and friends applied for disclosure of data for the purpose of communicating the name and address of the person using the IP address from which it was assumed that the files in question had been sent.  ISP ePhone said no, since such an order was contrary to Directive 2006/24 on the retention of data generated or processed in connection with the provision of publicly available electronic communications services or of public communications networks [the Data Retention Directive]. The court however granted isclosure of the data.

ePhone then appealed to the Stockholm Court of Appeal. That court held that there was nothing in the Data Retention Directive to prevent a party to a civil dispute being ordered to disclose subscriber data to someone other than a public authority. However, Bonnier and friends had not adduced clear evidence that there was an infringement of an intellectual property right, so the order was set aside.

Bonnier and friends then appealed to the Högsta domstolen, which referred two questions to the Court for a preliminary ruling:


‘1. Does [Directive 2006/24], and in particular Articles 3 [to] 5 and 11 thereof, preclude the application of a national provision which is based on Article 8 [of Directive 2004/48, the IP Enforcement Directive, which requires appropriate and proportionate disclosure orders to enable rights to be enforced] and which permits an internet service provider in civil proceedings, in order to identify a particular subscriber, to be ordered to give a copyright holder or its representative information on the subscriber to whom the internet service provider provided a specific IP address, which address, it is claimed, was used in the infringement? The question is based on the assumption that the applicant has adduced clear evidence of the infringement of a particular copyright and that the measure is proportionate.

To those questions the CJEU delivered the following answers:


"Directive 2006/24 ... must be interpreted as not precluding the application of national legislation based on Article 8 of Directive 2004/48 ... which, in order to identify an internet subscriber or user, permits an internet service provider in civil proceedings to be ordered to give a copyright holder or its representative information on the subscriber to whom the internet service provider provided an IP address which was allegedly used in an infringement, since that legislation does not fall within the material scope of Directive 2006/24; [this is not only good news for rights owners, it's also common sense: if such disclosure were precluded, IP owners might as well give up and join the other side ...]

It is irrelevant to the main proceedings that the Member State concerned has not yet transposed Directive 2006/24, despite the period for doing so having expired;

Directives 2002/58 ...  (Directive on privacy and electronic communications) and 2004/48 must be interpreted as not precluding national legislation such as that at issue in the main proceedings insofar as that legislation enables the national court seised of an application for an order for disclosure of personal data, made by a person who is entitled to act, to weigh the conflicting interests involved, on the basis of the facts of each case and taking due account of the requirements of the principle of proportionality".[but the CJEU isn't being drawn on how to weigh the conflicting interests, so national courts will have to work that out for themselves]

All in all this is a sensible decision, and a predictable one in the light of Case C‑275/06 Promusicae, says the IPKat.

Reviewed by Jeremy on Thursday, April 19, 2012 Rating: 5
The IPKat licenses the use of its blog posts under a Creative Commons Attribution-Non Commercial Licence.