Despite the initial media frenzy two weeks ago, the Tulisa sex tape story is still with us (see previous Kat Post here.)  As readers will recall, on 19 March 2012, Mr Justice Tugendhat granted Tulisa an interim injunction, prohibiting anyone from 'using, publishing, communicating or disclosing all or any part of the film to any other person'. That application was made in private. Then on 21 March 2012, Tulisa posted a video of herself on YouTube in which she accepted that it was herself in the footage with her ex-boyfriend Justin Edwards, she spoke of the severe impact that the disclosure had had upon her and she blamed Mr Edwards for its disclosure on the internet. 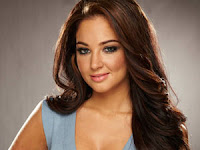 On 26 March 2012 counsel for Tulisa made an application in public for the continuation of the non-disclosure order of 19 March 2012 until the trial or further order. Tugendhat J made an order prohibiting 'the publication or disclosure of any film or video of the Claimant engaged in a sexual act or any part thereof or stills there from'. The order contained additional provisions which Tugendhat J considered to be necessary so that the purpose of the proceedings was not to be defeated. These related to: limiting access to the court documents; service of the claim form on defendants who are either not known, or whose whereabouts are not known; protection of the hearing papers; and permitted disclosure of the material by the defendants to legal advisors for the purpose of obtaining legal advice in relation to these proceedings. Tugendhat J gave the reasons for his decision here: Contostavlos v Mendahun [2012] EWHC 850 (QB) (29 March 2012).

As Tugendhat J stated, the first question that a court has to ask itself is whether a person has a reasonable expectation of privacy. He then went on to state (at [25]) that:

'Details of a person's sexual life have thus been recognised for very many years as high on the list of matters which may be protected by non-disclosure orders. It has also long been recognised that photographs are more intrusive than a verbal or written description. In the case of intrusive and intimate photographs of the kind in question in this case there is no real prospect of a defence of public domain'.

Although the result was predictable, the decision remains interesting for a number of reasons.

First, it provides further details of the (sometimes contested) facts underpinning the case. Tugendhat J was very clear that he was not making any finding of fact on this application (at [5]). On the issue of the previous denials by Tulisa that it was her in the sex video, the judge reproduced the background as claimed by Tulisa (at [5]):

'In August 2011 the Claimant's Public Relations agent, Mr Simon Jones, was informed by The Sun newspaper that an attempt had been made to sell to it the footage of the Claimant engaged in sexual activity. Mr Jones was not told who was offering the tape for sale, nor was he given any further details. The Claimant states that she was not given access to the footage, notwithstanding her requests, and that she did not recall the making of the footage, or any footage of that kind. That explains why Mr Jones made a public statement on her behalf that the tape was a fake, and that she had never allowed anyone to film her having sex. This statement was reported in The Sun'.

However, at the hearing on 19 March 2012, the Court was informed (at [14]) that Tulisa accepted that the person described as her appearing in the sex video was indeed herself. The Court was also informed that she had denied that she was the person appearing in the video offered to The Sun in August 2011, which she had not then, and still has not seen. Therefore, despite the confusion caused by the statement in August 2011, Tulisa's case before the Court was never one of 'false privacy'.

On the issue of possible existence of additional sex tapes, Mr Jones was informed (at [17]) by Mr Smart, the editor of The Sun's show business column, that an attempt had been made by Mr Edwards' agent to sell two additional videos of himself and Tulisa engaged in a sexual act. Mr Smart was told that, if Mr Edwards was unable to sell the footage in the UK, he would try to do so in the US. Accordingly the order of 19 March 2012 was served on Mr Edwards by email.

On the issue of who was responsible for the filming of the sex video, Mr Edwards stated in a witness statement (at [2] at[8]) that 'I am disgusted that it has been [made public] and regret ever allowing the Claimant to persuade me that we should film ourselves at all'. However, Tulisa stated (at [2]) that the filming was by him.

Secondly, as noted by Tugendhat J (at [1]), the order granted was substantially in the form of the Model Order in the Guidance on Non-Disclosure Orders issued by the Master of the Rolls in August 2011.

Thirdly, as noted by other commentators, several procedural issues remain outstanding despite Tugendhat J's conclusion that the 'case will now proceed to trial in the usual way in accordance with the CPR'. For example, although it seems unlikely that Mr Edwards and Michael Mendahun (named as a defendant because the sex video was available on a website operated by him) would oppose the grant of a permanent injunction, there is no procedure for obtaining a permanent injunction against 'generally described persons' such as the second defendant. In these circumstances, it is suggested that Tulisa would need to obtain a 'contra mundum' ('against the world') order against either Mr Edwards or Mr Mendahun. However, obtaining such an order may not be straightforward as neither Mr Edwards nor Mr Mendahun appears to be threatening further publication of the sex tape. 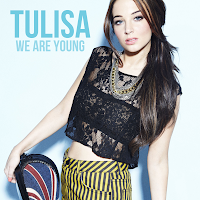 The IPKat is aware of much criticism being levelled at Tulisa that this sex video frenzy has been nothing more than a publicity stunt to promote her new solo single 'Young', her role on X Factor and her deal with Samsung to front a mobile phone video competition (for example, see here and here). But he wonders whether any amount of publicity can be worth parading such a private moment for all the world to see.

Merpel has heard that respected actress Charlize Theron has released an April Fool's Day spoof sex tape in which she pokes fun at celebrities like Kim Kardashian and Paris Hilton. In it, she speaks to the camera and jokes, 'Oh my God, I’m so nervous. I’ve never made a sex tape before. I hope nobody sees this that’s not supposed to see this'. Merpel wonders what the world is coming to ...
KAT UPDATE: latest decision in Tulisa sex tape case

Reviewed by Catherine Lee on Tuesday, April 03, 2012 Rating: 5
The IPKat licenses the use of its blog posts under a Creative Commons Attribution-Non Commercial Licence.