Complicated, replicated! Will me-too site be a match for Match.com? 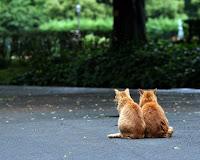 This Kat seems to be inadvertently developing a niche for posts on sex-related issues with an intellectual property flavour (and for receiving frequent 'please explain notices' from the IT department at her place of work). Unlike the privacy concerns arising from Tulisa's sex tape (see KatPosts here and here), this time this Kat brings you news of a dispute in the US between online dating service Match.com and various companies and individuals responsible for the websites xxxmatch.com and eroticmatch.com (see also KatPost on a claim by FaceBook against ShagBook here).

Match.com LLC (Match.com), a company incorporated under the laws of Delaware in the US, launched its online "personals" service MATCH.COM in 1995. Today MATCH.COM is one of the most popular online personals services, having attracted more than 15 million registered users since its formation. Match.com has also registered a number of trade marks in the US, including 'MATCH.COM' (No 2,088,545) in Class 42, 'MATCH.COM MAKE LOVE HAPPEN & Device' (No 3,518,254) in Class 45 and 'LOVE IS COMPLICATED. MATCH.COM IS SIMPLE' (No 3,518,165) in Class 45.

Match.com claimed that, as a result of its long and extensive use of the MATCH.COM trade marks, those marks were well known among potential consumers for dating or introduction services, both in the US and abroad. It further claimed that it was entitled to 'broad protection for its valuable intellectual property against infringement'.

On 2 April 2012, Match.com commenced proceedings in the United States District Court for the Eastern District of Virginia for (1) trade mark infringement, (2) unfair competition, false representation, and false designation of origin and (3) cyberpiracy. You can read the Complaint here.

Match.com claimed that the defendants’ use of the 'XXXMATCH.COM' and 'EROTICMATCH.COM' names, and of the 'LOVE IS COMPLICATED, SEX IS SIMPLE' tagline, in connection with the provision of online dating services constitutes unfair competition, false representation and false designation of origin under Section 43(a) of the Lanham Act, citing the same long-winded grounds set out in the previous paragraph in relation to Section 32.

Match.com claimed that the defendants’ registration and use of the domain names xxx.match.com and eroticmatch.com in connection with the provision of online dating services constituted cyberpiracy in violation of Section 43(d) of the Lanham Act because the defendants had registered and used those domain names in bad faith and those domains were confusingly similar to Match.com’s registered MATCH.COM trade mark.

Match.com sought a very broad injunction restraining the defendants from, inter alia, using the names 'XXXMATCH', 'EROTICMATCH', or 'MATCH' (all with or without domain extensions, such as “.com”), the slogan 'LOVE IS COMPLICATED, SEX IS SIMPLE' or 'LOVE IS COMPLICATED. MATCH.COM IS SIMPLE', or any other reproduction, copy, colourable imitation, or confusingly similar variation of any of the above, as a mark or slogan or as any portion of the mark, slogan or domain name that is to be used in the connection with the sale or provision or any good or service. That last phrase is interesting: it goes beyond those services covered by Match.com's trade mark registrations. Match.com also sought an amount equal to three times the damages, gains, profits, savings, and advantages realised by the defendants as a result of their unlawful activities to be determined by the Court.

The IPKat cannot find any response by any of the defendants to Match.com's claims. However, except for the breadth of the injunction, on the facts available to him it may be difficult for any of the defendants to mount a counter argument. Again he notes that a domain name issue is being litigated in a trade mark case rather than through WIPO's Uniform Domain Name Dispute Resolution Service.

Merpel notes that Match.com has a number of registered Community trade marks (CTMs) and trade marks in the United Kingdom. These include for a CTM for 'MATCH.COM' (No 000182253) in Class 42 and UK registrations for 'MATCH.COM MAKE LOVE HAPPEN' (Nos 2397984 and 2402191) in Classes 16, 35, 36, 39, 41, 42 and 45. In neither jurisdiction could she see an application or registration for the trade mark 'LIFE IS COMPLICATED, MATCH.COM IS SIMPLE'. She wonders whether this could be because, as in the good old days, the trade mark would have been descriptive if true, deceptive if false ...
Complicated, replicated! Will me-too site be a match for Match.com?

Reviewed by Catherine Lee on Wednesday, April 11, 2012 Rating: 5
The IPKat licenses the use of its blog posts under a Creative Commons Attribution-Non Commercial Licence.