The EPO’s Boards of Appeal routinely issue minutes of oral proceedings which reveal almost nothing about what has taken place over perhaps the most important five or six hours of a patent’s life. 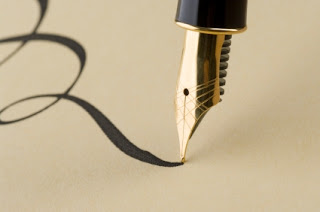 In contrast, if you attend oral proceedings before a first instance division (e.g. examination or opposition), the official set of minutes you receive should, in theory at least, be reasonably explicit in outlining the discussion which took place and the major points made by each party. (The IPKat leaves it his readers to comment on whether they believe the practice matches the theory.) The official policy at least, which most divisions abide by, is that the first instance divisions should keep detailed minutes. The official policy of the Boards themselves is that they need not.

The letter and the spirit of Rule 124

Perhaps the IPKat is being unfair to the Boards? Well, compare the wording of Rule 124(1) with the formulaic wording which is used by most Boards, on most occasions, to summarise discussions lasting several hours.

Rule 124(1) -- which is equally binding on the Boards and the first instance divisions -- says:

Is this reflected in the standard account appearing in the majority of Board of Appeal minutes?

The Chairman declared the oral proceedings open. He summarised the relevant facts as appearing from the file. The parties addressed the Board. The matter was then discussed with the parties. The Chairman then declared the debate closed. The Chairman announced the decision: the appeal is dismissed in its entirety.

In addition, the minutes will detail who attended, whether they identified themselves with a passport or EPO ID card (yes, really), the start and finish times, a formal listing of the requests or claims in play, and statements like "the patentee maintained its main request".

But if you cannot tell from the minutes of a patent hearing whether the appeal was about lack of inventive step or non-compliant drawings, then there has to be serious doubt that the legislators had such a document in mind when they said that the minutes must capture "the essentials of the oral proceedings [and] the relevant statements made by the parties".

The official line, naturally, is that these minutes do capture the “essentials” and the “relevant statements”. But those phrases are interpreted in the most restrictive way. For example, a “relevant statement” would be a patentee saying that it wished to abandon a set of claims, but would not include a submission alleging that the opponent had forged a document’s date.

In the case law of the Boards, the IPKat has found two rather different justifications for this difference in first instance practice and that of the Boards of Appeal. Case T966/99 held that:

This justification was never particularly convincing. Rule 124 (and its predecessor, Rule 76) never gave any indication that relevant statements need not be noted down as extensively in one set of minutes compared to another, or that the character of the minutes was different depending on whether or not an appeal was available against the associated decision. Most of all, nothing in the Rule suggested that the nature of a “relevant statement” depended on whom it was uttered in front of.

In any event, the T966/99 rationale, based as it was on the inherent unappealability of Board decisions, lost any validity when the EPC was revised to allow for review of Board decisions by the Enlarged Board. The winds of change were blowing in this regard when decision T263/05 issued.

The Board in T263/05, while citing T966/99 for other purposes, ignored entirely the point about no appeal being available from Board decisions, aware as it must have been that this was all about to change months later. Instead the Board gave a brand-new justification for the difference in practice between first instance and appeal minutes:

The reason for this [difference in practice] is primarily that decisions of the Boards of Appeal are intended to be self-contained, that is, they are intended to be capable of being understood by the parties and the public without reference to other documents. The decision will therefore provide a summary of all the arguments of the parties, both during the written phase of the proceedings and during the oral proceedings themselves. In contrast, decisions of the Examination/Opposition Divisions will often contain references to the minutes or other documents on file, which need to be referred to in order to fully understand the decision.

This is presented almost as a public service, i.e. by keeping arguments out of the minutes, the decision becomes more easily readable. But again there’s nothing in Rule 124 to support this practice and policy. Would it not be possible to fulfil both the letter and spirit of Rule 124 by writing complete minutes, and then if necessary cutting and pasting (or providing a synopsis of) those crucial points that were required for the decision to be self-contained?

Why does this all matter?

If the minutes reveal nothing about what went on during a five-hour hearing, but the decision is self-contained, what harm is done? Well it sometimes does matter. If a practice was ingrained in the EPO that the minutes captured the flow of the discussion and at least the essence of each major point argued, then there would be a higher probability of having a reliable record for the Enlarged Board when deciding if there had been a procedural violation. The Boards themselves do like to have such a record from lower instances to assist them in their reviews of first instance cases.

In one of the rare instances where the Enlarged Board overturned a Board of Appeal decision, reported here, the petitioner was saved only because the evidentiary weight of affidavits from five individuals present on the day, each recounting the exact words of the Chairman of the Board of Appeal, was accepted over the version of proceedings recounted in the minutes and recorded in the Board decision.

This Kat believes it would be better for all concerned, however, for there to be a transcript or even a plain audio recording of the proceedings. The EPO does not offer this service, and woe betide the representative who brings in and activates a recording device (such as the now ubiquitous smartphone). While the EPC and its Rules are neutral about the question of recording oral proceedings, and it's not clear what penalty could be meted out to someone who did record the goings-on at oral proceedings, the EPO issued the following notice way back in 1986:

In order to avoid misunderstandings, parties to oral proceedings and their representatives are hereby informed that the following rule will in future apply.

At oral proceedings under Article 116 EPC, whether before an Examining Division, an Opposition Division or a Board of Appeal, no person other than an EPO employee is allowed to introduce any kind of sound recording device into the hearing room. Such a rule is in accordance with the general practice in the Member States of the European Patent Organisation.

(Incidentally, appealing vaguely to “general practice in the Member States” was also the rationale given for the ban on double patenting in overlapping divisionals, though several Boards have since cast doubt that such a general practice in fact ever existed, or that it was a valid reason for the EPO to adopt such a practice in its Guidelines.)

That aside, most comparable tribunals at national level, i.e. the courts who have the final say on validity, do allow for either recording or the issuing of transcripts. Has the time arrived when the EPO should consider allowing an official recording to be released or (perhaps for a fee) transcribed? The technology would cost very little. Would this not "raise the bar" at the EPO's end of the pitch, in terms of providing a more transparent process for arriving at decisions of great importance to inventors, applicants and opponents? L:et us know what you think.
Four pages good, two pages better

Reviewed by David Brophy on Friday, April 27, 2012 Rating: 5
The IPKat licenses the use of its blog posts under a Creative Commons Attribution-Non Commercial Licence.