Jeremy Tuesday, April 03, 2012 - CJEU reference, Jeremy Phillips, jurisdiction, patent infringement
It gave us the slip for a while and dipped beneath the Kats' radar, but the Opinion of Advocate General Cruz Villalón in Case C 616/10 Solvay SA v Honeywell Fluorine Products Europe BV, Honeywell Belgium NV and Honeywell Europe NV was bound to end up on the blogosphere eventually. So what is this case all about? In March 2009 the Belgian company Solvay, which owned European patent EP 0 858 440, valid in a whole bunch of European countries, sued three Honeywell companies in the Netherlands for infringement of that patent both in the Netherlands and in neighbouring Belgium (the two countries in which the three companies were based).  In December 2009 Solvay lodged an interim claim against the Honeywells in the main proceedings, seeking provisional cross-border injunctive relief until the full trial had taken place.


‘(1) Regarding Article 6(1) of Regulation No 44/2001 [on jurisdiction and the recognition and enforcement of judgments in civil and commercial matters, the "Brussels Regulation": Article 6(1) provides that defendants which are domiciled in different Member States may be sued in the courts of a Member State of one of the defendants if needed, so as to to avoid the risk of irreconcilable judgments].

In a situation where two or more companies from different Member States, in proceedings pending before a court of one of those Member States, are each separately accused of committing an infringement of the same national part of a European patent which is in force in yet another Member State by virtue of their performance of reserved actions with regard to the same product, does the possibility arise of “irreconcilable judgments” resulting from separate proceedings as referred to in Article 6(1) of the Regulation?

(a) Is Article 22(4) of the Regulation applicable in proceedings seeking provisional relief on the basis of a foreign patent (such as a provisional cross-border prohibition against infringement), if the defendant argues by way of defence that the patent invoked is invalid, taking into account that the court in that case does not make a final decision on the validity of the patent invoked but makes an assessment as to how the court having jurisdiction under Article 22(4) of the Regulation would rule in that regard, and that the application for interim relief in the form of a prohibition against infringement shall be refused if, in the opinion of the court, a reasonable, non-negligible possibility exists that the patent invoked would be declared invalid by the competent court? 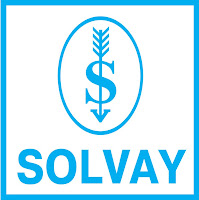 (b) In order for Article 22(4) of the Regulation to be applicable in proceedings such as those referred to in the preceding question, must the defence of invalidity be subject to procedural requirements in the sense that Article 22(4) of the Regulation is only applicable if invalidity proceedings before the court having jurisdiction under Article 22(4) of the Regulation are already pending or are to be commenced – within a period to be laid down by the court – or at least that a summons in that regard has been or is being issued to the patent holder, or does it suffice if a defence of invalidity is merely raised and, if so, are requirements then laid down in respect of the content of the defence put forward, in the sense that it must be sufficiently substantiated and/or that the conduct of the defence must not be deemed to be an abuse of procedural law?

(c) If question 1 is answered in the affirmative, does the court, after a defence of invalidity has been raised in proceedings such as those referred to in question 1, retain jurisdiction in respect of the infringement action with the result that (if the claimant so desires) the infringement proceedings must be stayed until the court having jurisdiction under Article 22(4) of Regulation [No 44/2001] has given a decision on the validity of the national part of the patent invoked, or that the claim must be refused because a defence that is essential to the decision may not be adjudicated, or does the court also lose its jurisdiction in respect of the infringement claim once a defence of invalidity has been raised?

(d) If question 1 is answered in the affirmative, can Article 31 of Regulation [No 44/2001, which gives overriding extraterritorial jurisdiction in the case of provisional measures] confer on the national court jurisdiction to adjudicate on a claim seeking provisional relief on the basis of a foreign patent (such as a cross-border prohibition against infringement), and against which it is argued by way of defence that the patent invoked is invalid, or (should it be decided that the applicability of Article 22(4) of the Regulation does not affect the jurisdiction of the Rechtbank to adjudicate on the infringement question) jurisdiction to adjudicate on a defence claiming that the foreign patent invoked is invalid?

(e) If question 4 is answered in the affirmative, what facts or circumstances are then required in order to be able to accept that there is a real connecting link ... between the subject-matter of the measures sought and the territorial jurisdiction of the Contracting State of the court before which those measures are sought?’

On 29 March the Advocate General gave his Opinion or, one might say, his Opinions:

‘(a) Article 6(1) ...  is to be interpreted as meaning that it applies in an action for infringement of the European patent involving several companies established in different Member States when the actions relate separately to acts carried out in the same Member State and infringe the same national part of a European patent governed by the same law.

(b) Article 22(4) ... is to be interpreted as meaning that the rule of exclusive jurisdiction that it lays down is not applicable when the validity of a patent is raised only in interim proceedings, in so far as the decision likely to be adopted at the end of the proceedings has no final effect.’

‘Article 31 ... is to be interpreted as meaning that a national court cannot authorise a provisional measure that produces no effect in its territory, which it is incumbent on the court to decide’.

The Advocate General is thus advising the Court of Justice to take a more nuanced approach to the "No, no, a thousand times no! I'd rather die than say yes!" approach which it adopted in the unpopular and unworkable, if technically correct, rulings in Case C-4/03 Gesellschaft für Antriebstechnik mbH & Co. KG v Lamellen und Kupplungsbau Beteiligungs KG (a.k.a. GAT v LuK) and Case C-539/03 Roche Nederland BV and Others v Frederick Primus and Milton Goldenberg (noted here by the IPKat).

Merpel says, the greater the degree of flexibility given to national courts to make provision and even final orders on a cross-border basis within Europe, the greater is the scope for patent owners to protect their position, for their competitors to undermine it, and for the parties to commence proceedings before the courts they know and love rather than venture abroad. Would such flexibility in any sense undermine the perceived need for a unified EU patent court, she wonders.

A katpat to the excellent and well-informed Alex von Mühlendahl for guiding the kittens to this Opinion.
Don't say "no" to cross-border patent relief, says AG, say "nuance"

Reviewed by Jeremy on Tuesday, April 03, 2012 Rating: 5
The IPKat licenses the use of its blog posts under a Creative Commons Attribution-Non Commercial Licence.