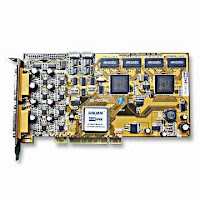 Here, via the 24IP Law Group, comes a news flash entitled "Enforcement of IP Rights relevant to industry standards". Discussing the significance of the US ruling in Qualcomm Inc v Broadcom Corp at the beginning of this month it reads, in relevant part:

"Patents relevant to the use of a standard may be unenforceable if the patent holder withheld information during the standards development process, the Appeals Court in the United States (the US Court of Appeals for the Federal Circuit) concluded recently.

The case related to the H.264 Standard for video compression developed jointly by the International Telecommunications Union (ITU) and the Moving Picture Experts Group (MPEG) of the International Standards Organisation (ISO) and the International Electrotechnical Commission (IEC). The US company Qualcomm had participated in the standards development process, but had not submitted any technical proposals for the development of the standard. Qualcomm then tried to enforce two patents against another US company, Broadcom, for infringement of the patent and payment of royalties.

The District (lower) Court found the patents valid, but not infringed. Moreover, in a significant judgment, the lower court held that the patents were unenforceable since Qualcomm had engaged in “inequitable conduct”. The court asserted that, by participating in the standards development process, Qualcomm had agreed to inform the other members of the standards setting organisation of relevant intellectual property rights (such as patents). Qualcomm had failed to do this. Indeed the evidence showed that Qualcomm had engaged in a process of “disguising” the relevance of the patents to the standard. Qualcomm asserted their patent rights only after grant of the patents and when the standard had been agreed. Qualcomm in its defence argued that only participants submitting technical disclosures were required under the rules to notify the other participants of the relevance of standards.

Qualcomm appealed the judgment of the lower court.

The Appeals Court concluded that the requirement to disclose relevant patents applied to any participant in the standards development process, as this obligation was contained in the relevant provisions of the ITU, ISO and IEC. All participants were obliged to inform the standards-setting organisation of any patents that “reasonably might be necessary” to practise – in this case - the H.264 standard. The Appeals Court ruled that, because of the failure to make the disclosure, an appropriate remedy would be to rule the patents unenforceable against any H.264-compliant products. It rejected arguments to make the patents per se unenforceable.

The scope of the decision is limited to the United States, but it has implications to any participant in standards setting discussions worldwide. The Court has clearly stated that any participant in a standard-setting organisation which withholds information about relevant patents which might be necessary to practice the standard will not be able to enforce those patents in the United States.

The Court has, however, given no guidance on whether the disclosed patents must be licensed and under what terms a licence will be granted. This remains a matter of the standards setting organisation to decide. Most organisations require that licences be granted on “fair, reasonable and non-discriminatory terms” (FRAND). The question before several courts at present is the meaning of FRAND terms".

The IPKat is always saddened when all that effort that goes in standards-setting leads to litigation. In theory it should be friction-free and competition-friendly, but technical misunderstandings and misjudgments, drafting imperfections, impatience and opportunism all play their part in ensuring that the gulf between the ideal and the real remains as wide as ever. Merpel says, you'd think that Open Source licensing would provide more litigation and patent standards less -- but it's very much the other way round. This looks like a good topic for a PHD thesis or two.

Reviewed by Jeremy on Friday, December 12, 2008 Rating: 5
The IPKat licenses the use of its blog posts under a Creative Commons Attribution-Non Commercial Licence.