BREAKING NEWS: CJEU says that acquired distinctiveness requires that mark alone identifies relevant undertaking (but 'how' does not seem so clear) 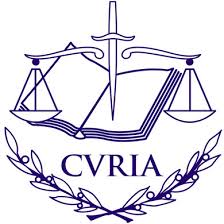 What is required to prove that a trade mark has acquired distinctiveness through use? Can a shape consisting of three essential features that either result from the nature of the goods themselves or are necessary to obtain a technical result be registered as a trade mark? Is it possible to register a shape that is necessary to obtain a technical result with regard to the manner in which the goods are manufactured as opposed to the manner in which they function?

In a nutshell, these were the issues on which Arnold J had sought guidance [Katpost here] from the Court of Justice of the European Union (CJEU), in the context of proceedings between Nestlé and Cadbury (the latter now owned by Mondelēz) regarding the possibility for the former to register the shape of its KitKat chocolate bar as a trade mark.

This 2014 Arnoldian reference for a preliminary ruling followed a 2013 decision of the UK Trade Mark Registry [noted here], in which hearing officer Allan James sided with Cadbury, and held that the shape of this distinctive famous chocolate bar could not be registered as a trade mark.

1) In order to establish that a trade mark has acquired distinctive character following the use that had been made of it within the meaning of Article 3(3) of [the Trade Marks Directive], is it sufficient for the applicant for registration to prove that at the relevant date a significant proportion of the relevant class of persons recognise the mark and associate it with the applicant’s goods in the sense that, if they were to consider who marketed goods bearing that mark, they would identify the applicant; or must the applicant prove that a significant proportion of the relevant class of persons rely upon the mark (as opposed to any other trade marks which may also be present) as indicating the origin of the goods? [the latter being a stricter (too strict?) requirement, yet the one traditionally favourited by UK courts and indicated by Arnold himself as the preferable approach, lacking specific guidance from the CJEU. With regard to the latter and for the sake of history, EU's highest judicature had been given (in vain) the possibility of addressing acquired distinctiveness in shape marks in the context of a reference regarding the shape of Viennetta ice cream and in Dyson, respectively. While the Viennetta case was settled and the reference subsequently dropped, in Dyson the CJEU did not really address this point]
2) Where a shape consists of three essential features, one of which results from the nature of the goods themselves and two of which are necessary to obtain a technical result, is registration of that shape as a trade mark precluded by Article 3(1)(e)(i) and/or (ii) of [the Trade Marks Directive]? [readers may recall that this issue has been recently addressed in Hauck, also known as the Tripp Trapp case and noted here]
3) Should Article 3(1)(e)(ii) of [the Trade Marks Directive] be interpreted as precluding registration of shapes which are necessary to obtain a technical result with regard to the manner in which the goods are manufactured as opposed to the manner in which the goods function?’
The AG Opinion

Last June Advocate General (AG) Wathelet issued his Opinion [discussed here and here], in which he held the view that:

1) Something more than mere recognition/association is required to prove acquired distinctiveness. More specifically, the applicant needs to demonstrate that "only the trade mark in respect of which registration is sought, as opposed to any other trade marks which may also be present, indicates, without any possibility of confusion, the exclusive origin of the goods or services at issue." [but is this a reliance test or is it something less demanding?]

2) The response to the second question may be found in the CJEU judgment in Hauck, although "the scope of that response should not be misconstrued" (para 65). The absolute grounds for refusal regarding shape marks may be applied cumulatively, provided that each of them or at least one of them fully applies to the shape in question.

(3) The response to the third question should be in the affirmative.

This morning the CJEU issued its much-awaited 68-paragraph judgment.

Following some preliminary observations, the Court began its analysis from Question 2.

Absolute grounds for refusal to be applied independently and (potentially) cumulatively

The CJEU recalled the rationale underlying the absolute grounds for refusal in Article 3(1)(e) of the Trade Marks Directive, this being to prevent trade mark protection from granting its proprietor a potentially permanent monopoly on technical solutions or functional characteristics of goods which a user is likely to seek in the goods of competitors (paras 44 and 45).

Recalling its earlier judgment in Hauck, the CJEU held that that the three grounds for refusal in Article 3(1)(e) operate independently of one another, and it does not matter whether the sign in question could be denied registration on the basis of a number of grounds for refusal, so long as any one of those grounds is fully applicable to that sign.

The result is that "it is possible that the essential features of a sign may be covered by one or more grounds of refusal set out under Article 3(1)(e) of Directive 2008/95. However, in such a case, registration may be refused only where at least one of those grounds is fully applicable to the sign at issue ... The public interest objective underlying the application of the three grounds for refusal of registration set out in Article 3(1)(e) of Directive 2008/95 precludes refusal of registration where none of those three grounds is fully applicable." (paras 48 and 49)

It follows that "the answer to the second question referred is that Article 3(1)(e) of Directive 2008/95 must be interpreted as precluding registration as a trade mark of a sign consisting of the shape of goods where that shape contains three essential features, one of which results from the nature of the goods themselves and two of which are necessary to obtain a technical result, provided, however, that at least one of the grounds for refusal of registration set out in that provision is fully applicable to the shape at issue." (para 51)

The Court then turned to the third question and held that Article 3(1)(e)(ii) of the Trade Mark Directive, under which registration may be refused of signs consisting exclusively of the shape of goods which is necessary to obtain a technical result, must be interpreted as referring only to the manner in which the goods at issue function and it does not apply to the manner in which the goods are manufactured.

Finally the Court addressed the issue of acquired distinctiveness.

It began its analysis by recalling that the essential function of a trade mark is to "guarantee the identity of the origin of the designated goods or services to the consumer or end-user by enabling him, without any possibility of confusion, to distinguish the goods or services from those which have another origin" (para 59).

Such distinctive character may be acquired through use. In this respect ‘use of the mark as a trade mark’ "must be understood as referring solely to use of the mark for the purposes of the identification, by the relevant class of persons, of the goods or services as originating from a given undertaking" (para 63). It is "in consequence of such use, [that] the relevant class of persons actually perceive the goods or services, designated exclusively by the mark applied for, as originating from a given undertaking" (para 64).

It follows that "the fundamental condition is that, as a consequence of that use, the sign for which registration as a trade mark is sought may serve to identify, in the minds of the relevant class of persons, the goods to which it relates as originating from a particular undertaking" (para 65)

The Court approved the analysis of AG Whatelet and concluded that: "although the trade mark for which registration is sought may have been used as part of a registered trade mark or in conjunction with such a mark, the fact remains that, for the purposes of the registration of the mark itself, the trade mark applicant must prove that that mark alone, as opposed to any other trade mark which may also be present, identifies the particular undertaking from which the goods originate." (para 66)

Is the one adopted by the CJEU a reliance test? Interestingly enough and similarly to the AG, the judgment - at least in its English version - refrains from using 'rely' or similar terms.

However, unlike the AG, the CJEU does not say expressly "without any possibility of confusion", if not when discussing at the outset the main function of a trade mark.

So, the question is: has the CJEU actually answered the first question referred by Arnold J?
BREAKING NEWS: CJEU says that acquired distinctiveness requires that mark alone identifies relevant undertaking (but 'how' does not seem so clear)

Reviewed by Eleonora Rosati on Wednesday, September 16, 2015 Rating: 5
The IPKat licenses the use of its blog posts under a Creative Commons Attribution-Non Commercial Licence.