IP: When innovation is the answer to a spiritual funk 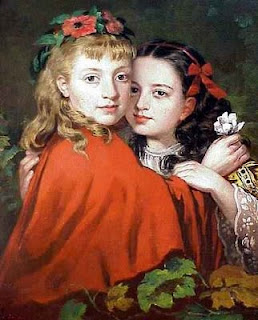 Several weeks ago a Kat friend suggested in passing that the IP profession is in a bit of a spiritual funk. Her comment reminded me of the line from the musical “A Chorus Line” about adolescence—“too young to take over, too old to ignore.” If we think about IP’s youthful golden age of the 1980s, the IP profession was then just coming into its own, rushing out to embrace all in its path. We really believed that IP would ultimately be omnipresent as a force for doing creative and inventive good. Today, however, we have to work a lot harder simply not to be ignored. The unbridled self-confidence of a generation or two ago has been replaced by an increasing sense of uncertainty about the centrality of IP. Increasingly, we seek justification for IP which is increasingly further removed from the core of the IP enterprise.

First a quick jump back in time. When this Kat studied law in the late 1970s, he was privileged to be a student at a law faculty blessed with an abundant array of gifted academics. What characterized the curriculum in those days was the aggregate attempt to provide course offerings that were intended to enable us to better understand the law qua law. True, this Kat still remembers taking a course on “Statistics and the Law”, and the curriculum placed special emphasis on the “law and economics” approach. But none of these forays beyond the traditional focus of legal training gave us the feeling that they were intended to “justify” our legal studies. The law was still the central focus.

This applied in equal measure to intellectual property. To the extent that IP courses were part of the curriculum (and there very few such courses), they were viewed as part and parcel of what legal training was all about. At the most, even when championing IP rights came to be seen in the 1980’s as enabling American industry to better compete with foreign (read: Japanese) competitors, the role of legal education was to enable students to understand IP law. If there were positive spill-over effects for American competitiveness, that would be welcomed. But such effects were not at the heart of the law school experience nor were they expected to be so. 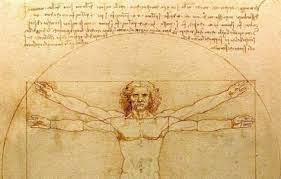 Also in the 1980s, management education took an increasing interest in how innovation was successfully commercialized. David Teece famously explained why the creator or inventor seldom succeeded in successfully commercializing his innovation. Except when IP protection was unusually strong for a given innovation, IP would play only a secondary role in this process. The study of innovation was mainly the purview of business education, not legal education and there was little indication that the purveyors of the legal education of IP felt inadequate by virtue of this arrangement.

In our current socio-economic climate, the challenge of how to address the decline in innovation has become a world-wide problem. But that does not explain the increasing engagement by IP academics in formal relationships with centers and programs for innovation, entrepreneurship, and the like. After all, excellent legal research, reaching back several decades, has addressed how the IP laws can be fashioned in a way that provides proper incentives to innovate and create. Such studies lie at the heart of well-regarded IP legal research. Something more seems to be going on now, however, where the legal study of IP is being more and more connected with the heavy lifting of how to manage innovation and entrepreneurship, activities that fall outside the traditional scope of the legal study of IP. How do we account for this? In the view of this Kat, the explanation can be found in a perceived decline in the status of IP, for whatever reasons (though the Academy itself must take some responsibility, as the low protectionist view of IP espoused by some of them becomes an increasingly mainstream position). When there are hints of a crisis of faith about one’s engagement in chosen field of activity, one possible response is to seek a justification. When IP is concerned, engagement in innovation and entrepreneurship provides such a ready justification. 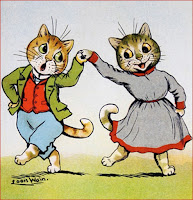 This Kat sees two possible future directions. The pessimistic view says that such activities are simply beyond the skill set of the IP academic community, no matter how intellectually gifted, and involvement in such tangential activities commits resources away from the core activity of IP legal training. The optimistic view holds that we will see increasing cooperation between those who teach innovation and entrepreneurial management and those who teach IP law. Even under this view, however, the underlying problem concerning the claimed spiritual malaise about the perceived role of IP remains unaddressed. This Kat, though, will need a lot more catnip before he tackles that question.
IP: When innovation is the answer to a spiritual funk

Reviewed by Neil Wilkof on Friday, September 18, 2015 Rating: 5
The IPKat licenses the use of its blog posts under a Creative Commons Attribution-Non Commercial Licence.