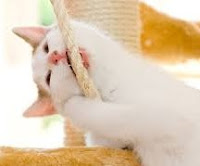 "Here's something to chew on", announces one of our readers, a patent attorney on the other side of the English Channel from this Kat, making an observation on a recent decision of a European Patent Office Board of Appeal in Case T 0327/13 of 17.7.2015 Exchangeable continuous casting nozzle. The story goes like this:

The Board of Appeal held that the patentee was not entitled to appeal. Said the Board:

2.3 In the present case it is clear that the appellants are adversely affected by the Opposition Division's decision not to accede to the then main request. However, as follows from the statement setting out the grounds of appeal and the two new set of claims filed with it as main and auxiliary request, that this decision has not been contested with the appeal.

2.3.1 On page 1 of the grounds of appeal, the appellants state their satisfaction with "the Decision in that claim 3 as granted was maintained". The appeal is actually against the decision of the Opposition Division that "claim 2 as granted was not maintained". [...]

However, the subject-matter of claim 2 as granted was not the subject of an individual request in the opposition proceedings, so that it has not been addressed as such in the decision of the Opposition Division.[...]

2.3.5 The present appeal thus amounts to an attempt to remedy the non-filing of an independent claim based on granted claim 2 in the opposition proceedings, and so aims to extend the protection conferred by auxiliary request 1 allowed by the Opposition Division to the alternative solution of claim 2. This runs contrary to the purpose of appeal proceedings: their function is to give a judicial decision upon the correctness of the decision under appeal. It is certainly not to reopen the opposition proceedings and, as attempted in the present case, give a patent proprietor the opportunity to improve its position by adding an independent claim to a claim set already allowed by the Opposition Division.

2.4 Therefore, in view of the appellants' case, the Board considers that they cannot be regarded as "adversely affected" by the decision of the Opposition Division and thus are not entitled to appeal under Article 107 EPC".

All of this does not please our correspondent to adds, a little graphically, "I am reminded of Max Liebermann's verdict: "I can't even eat as much as I now want to vomit".

The IPKat adds, it seems that maintenance of the Main Request at first instance was not sufficient to be adversely affected by its refusal - the appeal needed additionally substantively address why that refusal was wrong.  Failure to do this apparently made the party not adversely affected.  Merpel is locked in a temporal anomaly - she always thought that "adversely affected" was judged at the time of appeal and wonders how it can be retrospectively lost by what is put in the Statement of Grounds of Appeal (filed up to two months later).

Reviewed by Jeremy on Monday, September 21, 2015 Rating: 5
The IPKat licenses the use of its blog posts under a Creative Commons Attribution-Non Commercial Licence.