Some Economics of Collecting Societies

Alternately cast as protagonist, sidekick, or villain, Collecting Societies provide solutions to a key economic challenge in licensing content: how to license many works by many creators to many customers.  Miley Cyrus and Kayne West have much more important things to do (such as hosting and disrupting award shows and designing beige coloured sports wear) than ensuring the local bakery is paying them royalties.  Enter stage right Collecting Societies. By pooling their rights, creators benefit from economies of scale and vastly reduced transaction costs as the Collecting Societies (also known as Collective Management Organisations) license, audit and collect royalties. 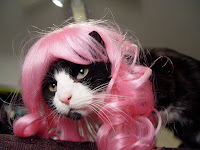 Or so it would seem.  The challenge Collecting Societies now face is that their business model, like many business models, is hugely disrupted by the digital era. Whereas artists themselves may be able to innovate and seek revenue from other avenues (such as concerts, special editions, sponsorships etc.), the avenues for Collecting Societies are more limited as their main assets are the rights they manage and their network of licenses. Cue an industry-wide diminishing ability to translate rights into value by themselves, massive shifts in bargaining power and the value chain, along with technology which could replace the licensing networks, and Whitney, we've got a problem.

Computer scientist katfriends tell me that there are no technical barriers to an automated licensing system that could grant, monitor and enforce licensing. Technical solutions could reduce the creation of Orphan Works and human error.  Yet, an automated system would, like most things in the digital world, drastically lower the cost of doing business and place more power in the hands of buyers.  This may sufficiently reduce the economies of scale as to erode the natural monopoly status of Collecting Societies.  Alternately, it could exacerbate economies of scale and result in mega-societies. With these changing barriers to entry, competition could increase and new licensing organisations may emerge.

This new world could go a number of ways. Larger, transnational organisations may emerge as argued by Ruth Towse. Already we've seen Kobalt in the US launch what they call, "the first global, direct, digital mechanical and performing rights society." Emphasising transparency and efficiency, Kobalt's success will balance on their ability to minimise costs over a high volume of low value sales. Transaction costs will be key and starting a collecting society isn't easy.

Alternately, the changing market might mean smaller players emerge. Artists could manage their own licenses via an app. Swipe left if you agree to a license, swipe right if not. There could be an eBay of copyright licenses.  Kayne West would start his own Kollecting Society and Miley Cyrus could send her Wrecking Ball in for enforcement.

It's important to remember that Collecting Societies offer more to creators than simply management of rights. Christian Handke and Ruth Towse suggest they also serve as  “authors’ trade unions, as instruments of cultural policy and as a form of social insurance.” This makes Collecting Societies important for artists and also conveys a significant amount of bargaining power.  Couple that with ministers' predilection for mediagenic news stories, and you can see why Collecting Societies are also strong lobbyists.  Yet the star power of artists such as Taylor Swift, and her recent public spats with Spotify and Apple Music, also suggest that there may be shifts in lobbying power ahead.

All of this will be played out in the UK's Copyright Hub, the evolution of online services and the strategies of Collecting Societies.  In the next years, will the show go on, will there be a set change or will curtains close? The spotlight is on...

Some Economics of Collecting Societies

Reviewed by Nicola Searle on Friday, September 18, 2015 Rating: 5
The IPKat licenses the use of its blog posts under a Creative Commons Attribution-Non Commercial Licence.