Counterpoint: The Economist's attack on the patent system-- it's all about controlling the narrative

Fellow Kat Nicola has done an elegant job summarizing the case against the current patent system set out by The Economist in the Leader, entitled “Time to Fix Patents”, which appeared in the 8 August issue (the title of whose cover minced no words—"Set innovation free! Time to fix the patent system"). The truth is, however, that what is really at stake in the arguments made by The Economist (including the more elaborated version contained in the same issue, entitled “A question of utility”) has less to do with economics, but everything to do about controlling the public narrative about patents and IP more generally. For that reason, it should be a matter of particular concern within the IP community.

“A question of utility” expands on the Leader primarily by bringing what purports to be the economic case against patents (“Patents are protected by governments because they are thought to promote innovation. But there is plenty of evidence that they do not.”) By “plenty of evidence”, The Economist primarily means the arguments made by Michele Boldrin and David Levine, two economists affiliated with Washington University in St. Louis, in their 2008 book, The Case against Patents, and their supporting 2012 paper produced for the Federal Reserve Bank of St. Louis. The title of the book speaks for itself. Still, this Kat does not believe that The Economist really intends us to treat the Boldrin and Levine work as settling the economic case regarding the relationship between the patent system and innovations. Views have been expressed pro and con, as one might expect concerning an issue as complicated as this: how do we define and measure innovation, on the one hand, and how does one tease out the effect of the patent system, on the other? This difference of opinion is hardly surprising. Economics is hardly an exact science; lest we forget, the economic profession failed to warn us adequately about the Great Recession. Nor is it easy to reach consensus about fundamental issues. Reaching further back in economic history, the profession continues to debate the onset and staying power of the Great Depression in the 1930s. Against this backdrop, one book on the connection of patents and innovation is hardly the last word on the subject. 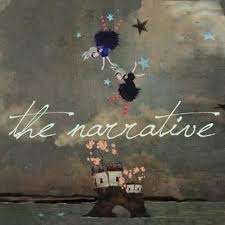 No, what these articles are ultimately intended for is to try and set the narrative by which the patent system is discussed. To this end, economics is merely a hand-maiden. In so doing, The Economist joins a long tradition. We have seen the struggle to control the patent narrative played out several times in the recent past. In the 1960s, the hostility to anything that had a whiff of monopoly was disfavoured, and so we watched the Warren court in the United States express demonstrable hostility to the patent system. That narrative changed in the 1980s, when the United States began to fear that its business supremacy was at risk in the face of industrial Japan. Strong patents, indeed strong IP rights more generally, were seen as essential—the TRIPS Agreement and the globalization of a robust IP regime followed. Strong patents could seemingly do no wrong. And then, around the turn of the new millennium, two developments appeared. First, we began to hear more and more about the corporate unlocking value in patents, epitomized in the book, Rembrandts in the Attic.  Patents were now assets, to be bought, traded and sold. But in some intellectual circles, trading in such a monopoly asset was viewed as unseemly, if not worse.

Even more telling, at least at the rhetorical level, was the rise of the patent troll. Forget that no consensus has ever been reached on what is a patent troll/NEP (see Part II of the WIPO report, "Study of the Public Domain (II)"). Is Carnegie Mellon University as the plaintiff in a patent litigation action a good patent owner or an odious patent troll? Relying on a slim number of legal/economic studies, purporting to show that patent trolls are a drag on innovation (indeed, even the White House adopted this position in its report—"Patent Assertion and U.S. Innovation"), patent trolls became the perfect bogeyman for all those who felt hostility to patents. This combination of turning the patent right into a commodity, on the one hand, and a tool for exploitation of patent rights, on the other, provided the fertile ground on which this most recent revisionist form of patent narrative of the patent system has taken root.

No, this Kat is not an IP Luddite. The patent system and the laws underlying it can certainly be improved. But this is not what the two pieces in The Economist are about. As for their ultimate narrative, this Kat can do no better than bring some representative quotes from the piece--“A question of utility.” 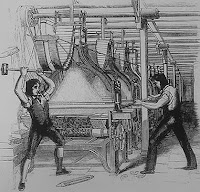 “A growing amount of research in recent years, including a 2004 study by America’s National Academy of Sciences, suggests that, with a few exceptions such as medicines, society as a whole might even be better off with no patents than with the mess that is today’s system.” [Nevertheless, the article does go on to lament how poorly patents seem to serve pharmaceutical innovation so nothing seems to be left.]

“But a top-to-bottom re-examination of whether patents and other forms of intellectual property protection actually do their job, and even whether they deserve to exist, is long overdue. Simple abolition raises problems in terms of the ethics of property rights...” [and then follows a list of proposed changes]. "If defenders of the patent system really seek to foster innovation, they should be prepared to do so in their own back yard."

But before one gets too complacent about concession to the importance of property rights per the quote above, consider the following comment in a review of the book by Alexa Clay and Kyra Maya Phillips, “The Misfit Economy: Lessons in Creativity from Pirates. Hackers, Gangsters and Other Informal Entrepreneurs" which appeared in the July 4, 2015 issue of The Economist. The reviewer writes:

“But the next item on the list, copying, is more controversial. Though the authors studiously (and repetitively) say that they do not endorse the theft of intellectual property, their sympathies are clearly with those who mix counterfeiting with innovation. Owners tend to have overly fixed ideas about how their property should be used, they argue. Outsiders, on the other hand, may have more innovative ones.”

How far can this emerging narrative go? This book review offers one view, where property rights ultimately seem to have no place in their vision. At the end of the day, it is the potential for mischief as a by-product of the narrative championed by The Economist that is the real matter at issue.
Counterpoint: The Economist's attack on the patent system-- it's all about controlling the narrative

Reviewed by Neil Wilkof on Thursday, September 03, 2015 Rating: 5
The IPKat licenses the use of its blog posts under a Creative Commons Attribution-Non Commercial Licence.