Jeremy Wednesday, September 09, 2015 - Jeremy Phillips, Wednesday whimsies
Trade marks and recall of altered goods: can you help? One of our long-term readers has been researching into the trade mark owner’s capacity to prevent the resale of original goods that have been altered by a third party. The problem is not that no useful information exists -- but rather that all the cases and literature seem to relate to pharmaceuticals and their packaging or the 20-year old German Dyed Jeans case [Bundesgerichtshof, 1 ZR 201/93, reported in English at [1997] ETMR 530]. But what about, for example, watches that are later customized by modifications such as PVD coating or changing the watches’ hands and dials -- activities that can have the effect of changing their level of waterproofing or their time-keeping. If readers have any good leads, whether in terms of the law in Europe or indeed anywhere else, do let us know!


Around the weblogs. The vandalism of Anish Kapoor's controversial Dirty Corner sculpture in Versailles and his refusal to allow the removal of antisemitic slogans -- a fascinating exercise of moral rights  -  is the subject of Marie-Andrée Weiss's attention on the 1709 Blog, which also hosts the latest in Ben Challis's compulsive series of CopyKat posts. Elsewhere, Mike Mireles on IP Finance takes a look at Lex Machina's US copyright litigation report.  IP Tango, the bilingual Latin American blog, hosts an account by Magda Voltolini of a spot of sham litigation in Brazil on the part of pharma giant Eli Lilly. Mark Anderson's IP Draughts quotes the lyrics from Simon and Garfunkel's The Boxer, "A man hears what he wants to hear/And disregards the rest", in the context of interpretation of IP contracts [Merpel prefers Bob Dylan's cover version, not least because he sounds more like a boxer than either Simon or Garfunkel].  Finally there are a couple of curios from Aistemos: a post on unicorns (essentially billion-dollar start-ups, which are often IP-rich too) and a comment on Patexia's scheme for combating US patent trolls through the collective undermining of enemy patents by mass-funded inter partes reviews.


There is a registered Community design infringement case that is currently hurtling towards a preliminary ruling from the Court of Justice of the European Union in Luxembourg (CJEU): it's Case C-419/15 Thomas Philipps.  It's a reference from the Oberlandesgericht Düsseldorf regarding design protection of a laundry ball and the questions referred for clarification relate to the interpretation of Council Regulation 6/2002 on Community designs go like this: 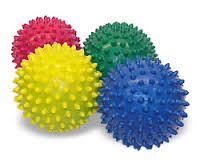 Does the first sentence of Article 33(2) of Council Regulation 6/2002 preclude a licensee who has not been entered in the register of Community designs from bringing claims for the infringement of a registered Community design?

In the event that the first question is answered in the negative: may the exclusive licensee of a Community design, with the consent of the right holder, bring an action on its own claiming damages for its own loss under Article 32(3) of Council Regulation 6/2002 or can the licensee only intervene in an action brought by the right holder for an infringement of its Community design under Article 32(4) of that regulation?

If any reader wishes to advise the UK government as to whether it should concern itself with this (which this blogger thinks to be most unlikely), will he or she email pertinent comments to policy@ipo.gov.uk by 17 September 2015.
Wednesday whimsies

Reviewed by Jeremy on Wednesday, September 09, 2015 Rating: 5
The IPKat licenses the use of its blog posts under a Creative Commons Attribution-Non Commercial Licence.