Never too late: if you missed the IPKat last week ... 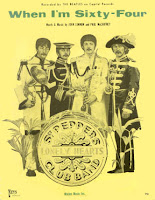 Back in the saddle after too long enjoying himself, Katfriend Alberto Bellan has produced the following summaries of last week's substantive Katposts. These will prove really handy for anyone who was enjoying an autumn break or attending the MARQUES Conference in Vienna -- and for those readers who found themselves spending two whole days offline while greeting the Jewish New Year (oh, and a happy new year to all our readers, of whatever creed, colour or cuddliness!)  This is the 64th edition of the round-up series ("Will you still need me? Will you still read me, when I'm 64?") -- and we look forward to providing this service for many years to come.  Anyway. this is what you missed last week:

* The Key to Confusion: Supreme Court of BC decides on Keyword Advertising and Passing Off
Jani recounts the tale of Vancouver Community College v Vancouver Career College 2015 BCSC 1470, a challenging case concerning a trade mark used as keyword in online advertising which just decided by the Supreme Court of British Columbia.

* Draft consultation on online platforms leaked: does the EU really want ISPs to do (much) more?

By the end of September the Commission is likely to launch a public consultation encompassing, among other things, ISP liability. The past week, Politico leaked the test of the consultation and Eleonora takes a look over it. New kinds of ISP, a possible EU-wide NTD procedure, and a broader liability for “active” providers might be on their way to the EU legal system.

* What is a patent? Judicial training, opt-outs and boy-band seating at IPSoc's UPC panel debate

Annsley takes a gander at a recent decision from the United States Court of Appeals for the Ninth Circuit in the famous case Prince and Mean Music Companies v That lovely baby dancing Prince Lenz v Universal Music.

* BREAKING NEWS: CJEU says that acquired distinctiveness requires that mark alone identifies relevant undertaking (but 'how' does not seem so clear)

It’s out! It’s out!!! The Court of Justice of the European Union (CJEU) decision in the KitKat case is out! (Eleonora takes the floor).

* Confidence, privacy and a question of fax: butler's claim can't be struck out

Paul Burrell v Max Clifford [2015] EWHC 2001 (Ch) is a High Court, Chancery Division decision addressing a sad story of faxes, Royal Families, and litigation that should end up with a settlement. Jeremy explains.

* Some Economics of Collecting Societies

Collecting Societies provide solutions to a key economic challenge in licensing content: how to license many works by many creators to many customers. How’s the future like for these “natural monopolies”, wonders Nicola?

* Who is an 'intermediary' for the sake of Article 11 of the Enforcement Directive?

And what’s the relation between that provision and the intermediaries of the E-Commerce Directive? Eleonora recounts Mr Justice Arnold’s version, which he gave at the 1st iCLIC conference on the role of internet intermediaries in the law enforcement process at the University of Southampton.

* IP: When innovation is the answer to a spiritual funk

In IP’s youthful golden age (ie, the 1980s), IP professionals believed that IP would ultimately be omnipresent as a force for doing creative and inventive good. Today, however, we have to work a lot harder simply not to be ignored. How will all this end up, wonders Neil.

PREVIOUSLY, ON NEVER TOO LATE

Never too late: if you missed the IPKat last week ...

Reviewed by Jeremy on Monday, September 21, 2015 Rating: 5
The IPKat licenses the use of its blog posts under a Creative Commons Attribution-Non Commercial Licence.