The debate over "Concussion": Is movie "self-censorship" merely censorship by another name or just good business?

We like to think about the history of copyright as a grand sweep from control over publication by the sovereign, aided by the guild as the beneficiary of monopoly rights, to the current reconfiguration, which emphasizes the author and the arrangements by which incentives to create are put into place for the
ultimate benefit of the public. Censorship as a system for regulating what gets published is anathema to our fundamental values of what copyright is all about. That is true, as far it is goes. But what about the role of private censorship and the willingness of the creator or the commercializer of the creative work to self-impose restrictions on the content of a work, having regard to possible considerations regarding third parties? 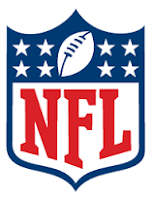 We are not talking about alleged claims of government pressure, such as has been made regarding China and North Korea, but where all involved are private entities. Rather, we refer to the recent reports regarding Sony and the upcoming movie, "Concussion", due to be released in December, 2015,and allegations that the content of the movie was altered in response to pressures from the National Football League (“N.F.L.”). Most Kat readers, whether or not steeped in American sports culture, are aware that the American version of football is a physically violent sport, including the risk of blows to the head (which are protected by sophisticated headgear, but still …). Several high profile suicides by former players, most notably Junior Seau, attributed to the lingering deleterious effects of these blows, have drawn particular attention to the problem. It is not surprising, therefore, that a major studio chose to engage a high-profile actor, Will Smith, as the star in movie focusing on the subject.

What about the issue of self-censorship? The gist of the allegations was reported on 1 September by the New York Times, as follows:


“When Sony Pictures Entertainment decided to make a movie focusing on the death and dementia professional football players have endured from repeated hits to the head — and the N.F.L.’s efforts toward a cover-up — it signed Will Smith to star as one of the first scientists to disclose the problem. It named the film bluntly, “Concussion.”

In the end even Sony, which unlike most other major studios in Hollywood has no significant business ties to the N.F.L., found itself softening some points it might have made against the multibillion-dollar sports enterprise that controls the nation’s most-watched game. In dozens of studio emails unearthed by hackers, Sony executives; the director, Peter Landesman; and representatives of Mr. Smith discussed how to avoid antagonizing the N.F.L. by altering the script and marketing the film more as a whistle-blower story, rather than a condemnation of football or the league.

… Mr. Landesman, who also wrote the movie, said in an interview that the email conversations do not show Sony bowing to the N.F.L., but rather trying to portray the characters and story as accurately as possible to reduce the chance that the league could attack the filmmakers for taking too much creative license.”

The circumstances, as described, offer a particularly compelling example of the parameters within which the issue of “self-censorship” of creative cinema contents can arise. At the outset, it underscores that a claim of self-censorship will likely arise only when the content of the movie is in some way connected to real persons or events (extending out to works of satire or parody). Here, the contents of the movie are an artistic rendition of actual events, blending fact and creative licence with respect to the problem of concussions suffered by football players and the (some say too long) route by which the N.F.L. came to acknowledge and face up to it. [Full disclosure: this Kat was born and raised in Canton, Ohio, “ground zero” for the legacy of the N.F.L., given the presence of the Football Hall of Fame in the city. He wears his childhood affiliation with pride].  As such, virtually any movie tackling this topic will likely contain some elements of criticism, explicit or implicit, regarding football or the N.F.L. What then were the concerns that the N.F.L. might “attack” the filmmakers? Were they concerned by a legal challenge; a threat to the commercial success of the movie if it is attacked as being “unfair” or “misleading”, a challenge to commercial or personal relationships between the studio and the N.F.L. not directly related to the movie itself, or some other set of concerns? 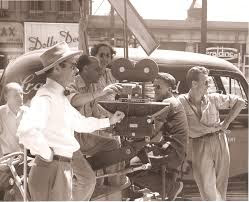 If the studio changed the content of the movie to avoid a legal challenge, there is no real issue of self-censorship, because all creative contents are subject to the requirements of legality. What about the other possible considerations suggested above? In comparison with the circumstances surrounding the movie “Concussion”, is it any more problematic for a movie studio to change the content of a film in response to pressure from a foreign sovereign that the change is advisable if the studio wishes to screen the movie in that country? Perhaps the short answer is that so-called “self-censorship” is not “censorship” at all, but part and parcel of the process of creation when the ultimate purpose of the work is to enjoy commercial success. In such a context, changing the contents of a movie is appropriate, taking into considerations the interests of third parties. Perhaps. Or perhaps censorship is censorship, whether imposed upon by another or self-imposed, no matter what the circumstances, differing not in kind but merely in degree.

[Merpel, having read this post, is no expert when it concerns sport but has a nose for foul play. Could it be that there is a cunning business plan at play here: (i) make the movie, (ii) let it be known that there is pressure for self-censorship, (iii) release the movie, (iv) wait till the first wave of commercial interest in screenings, downloads and DVDs has waned, then (v) release the un-self-censored version amid a huge wave of publicity entirely provided at no cost by the nation's media?]
The debate over "Concussion": Is movie "self-censorship" merely censorship by another name or just good business?

Reviewed by Neil Wilkof on Friday, September 11, 2015 Rating: 5
The IPKat licenses the use of its blog posts under a Creative Commons Attribution-Non Commercial Licence.