The "Happy Birthday" saga: when it may have been better not to have sued? 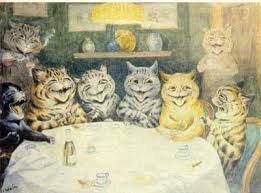 This Kat, like many other Kat readers, read with a sense of relief Merpel’s report that the copyright claim by
Warner-Chappell Music in the song—Happy Birthday- has been rejected on the technical but legally dispositive ground that the necessary chain of title in the hoary song had not been proven. For this Kat, the really interesting question that emerges from this decision is why there seems to be such a widespread sense of satisfaction in the ultimate result. It is not simply that justice has been served; after all, a lot of copyright decisions have been resolved on the finding that the moving party failed to show good title. Moreover, the general public seldom gets excited by the nitty-gritty of copyright transfers.

No, the elation has almost nothing to do with the decision, but everything to do with what the case may say about how the public views the acceptable bounds of enforcing one’s alleged copyright. In a word, there may be some cases that so offend the public that it would have been better that the suit not have been brought. This is not to say that Warner-Chappell Music did not have the right to bring the action. Of course it had the right to do so. Still, an argument can be made that the action was not in the best interests of the IP Community writ large because of the negative light that it casts on the enforcement of IP rights. Do this enough times, anger the public often enough, and public support for the IP system may begin to be called into question. The anti-establishment political movements that have sprung up on both sides of the Atlantic suggest that this is not a wholly fanciful concern. Against this backdrop, perhaps there are instances where to interests of the IP Community need to be taken into consideration in the decision whether or not to bring suit. 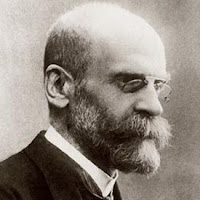 The starting point for this Kat is that the nature of IP law and practice has created a unique sense of a trans-border professional community, unlike any other grouping engaged in the practice of a discrete body of law, i.e., there is an IP Community. This Kat has, during much of his intellectual life, been influenced by Emil Durkheim, one of the founders of modern sociology, who posited the existence of institutions as a separate focus of analysis and inquiry. There are “social facts”, seen as "beliefs and modes of behaviour instituted by the collectivity". It was he who coined the notion “collective consciousness”. While perhaps not strictly derived from Durkheim’s system, this approach seems applicable to posit the existence of an IP Community residing within the larger public. Kat readers may agree or disagree about this, with or without Durkheim in the background. Whatever one’s view, allow this Kat to proceed on that basis.

Assuming the existence of the IP Community, a primary concern is self- preservation (Durkheim was nothing if not a radical conservative in his thinking). Remember that IP rights (and the IP Community that has grown up around these rights) exist due to the beneficence of the greater public (read legislators and courts), which has conferred exclusive rights upon members of the IP Community.

The major existential threat to the IP Community is the loss of perceived legitimacy in the eyes of the public. As suggested above, one way for this to occur is by overreach in the enforcement of IP rights. By overreach we mean some action that simply offends the reasonable sensibilities of the wider public (after all, IP is not about life and death issues). As for copyright, seeking to claim, rightly or wrongly, exclusive rights in the lyrics to the song Happy Birthday, a musical ditty that reaches deep into the psyche of virtually everyone, may be such an example. The general public may not understand or even care about the analytical fine points in the debate between high protection and low protection of copyright, but it instinctively senses that something seems out of kilter when claims of exclusive rights in Happy Birthday are being put to the legal test. In such an instance, it is suggested, the public legitimacy of copyright may have been weakened, even if the ultimate legal result is aligned with perceived public sentiment. 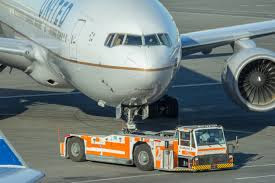 This Kat can already hear the pushback: “Come on Kat, your appeal to the collective that you call the IP Community has no place in legal considerations generally and especially regarding intellectual property, which is all about individual creation and invention. As well, how do you propose to identify this IP Community of yours and do we know when basic interests of the public being challenged by the acts of a member of the IP Community?” A partial answer is to recall the words of United States Supreme Court Justice Potter Stewart in seeking to find a working characterization for what constitutes obscenity —“I know it when I see it.” Sense and sensibility in equal measure will both play a part. Because the concern raised is preservative in nature, we will know if there is any merit in the suggestion only after the fact. That being the case, perhaps we need to add a bit of faith as well.
The "Happy Birthday" saga: when it may have been better not to have sued?

Reviewed by Neil Wilkof on Friday, September 25, 2015 Rating: 5
The IPKat licenses the use of its blog posts under a Creative Commons Attribution-Non Commercial Licence.