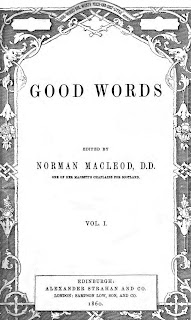 From time to time, this Kat encounters an examiner’s assertion that the trademark in question is a “portmanteau” word or the equivalent. The idea here is that the mark consists of two words, which are truncated and blended to create a new word, such as smog (blending “smoke” and “fog”) and motel (blending “motor” and “hotel”). The objection usually made is that the trademark lacks distinctiveness, having reference to the descriptive meaning of the underling words from which the portmanteau mark is created.

This kind of word poses an interesting challenge for the trademark system. Assuming that the underlying words are descriptive, under what conditions will the truncation and blending of these two words be deemed descriptive, or, to the contrary, is the newly coined term distinctive, despite its descriptive origins?

So we are all on the same Kat page--this is not a situation where two descriptive terms are adopted in their entirely to create a new compound word. For example, and just to make Kat readers feel good, take the term “coronapocalypse” [this Kat recognizes that the letter “a” has been elided, of no matter], which, in a short period of time, has come to mean exactly what it appears to mean. In this case, both underlying words are retained in full in the new word.

Rather, while two meanings are “packed” within the single portmanteau word, neither of the underlying descriptive terms remains intact in the newly coined word. And so, the question: is the word descriptive or distinctive? In this connection, it is instructive to consider the words of the Assistant- Controller, as he was then known, on behalf of the UK registry, in a decision (Hallgarten) given in 1948, as follows:


Although in these proceedings I am concerned solely in giving decision upon a particular issue before me, I think it is desirable that some mention should be made of the fact that the Registrar receives large numbers of applications for the registration of trade marks of words that have been coined … by the telescoping of two dictionary (and generally descriptive) words.

So, according to this decision, portmanteau marks were already widespread over 70 years ago. In truth, their provenance reaches back at least another 70 years. Lewis Carroll, in his 1871 book, “Through the Looking- Glass”, engages Humpty Dumpty to explain to Alice the coinage of some unusual terms used in the Jabberwocky” poem. Humpty Dumpty notes that slithy is used to mean "slimy and lithe", while mimsy means “miserable and flimsy". Portending Sherlock Holmes, it is elementary:


“You see it's like a portmanteau—there are two meanings packed up into one word.” 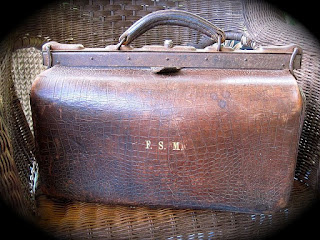 Like a “portmanteau”—indeed. It turns out that the term is taken from the French, which means “coat rack” or the like. In modern parlance, when it is not describing words of a certain kind (in strictly linguistic terms-- a single morph that is analyzed as representing two (or more) underlying morphemes, here), “portmanteau” refers to a carrying bag or case that is used to carry clothing while traveling, particularly when the bag or case opens into two halves. Given all of this, it is not surprising that just as Alice was a bit perplexed about portmanteau words, even today we still seek a way of getting our analytical arms around the nature of such words.

Against this backdrop, the June 27th “Johnson” column on language in The Economist, “The rules of coronaspeak”, offers several useful guidelines by which to understand what makes a successful portmanteau mark. This, in turn, may help us better understand the trademark context in which portmanteau words arise. [Full disclosure, it was this column that informed this Kat on the creation and adoption of the word “coronapocalypse].

First, a portmanteau word will more likely make sense if the newly coined term meets a need. It should be a solution to a problem, not a solution in search of a problem. As an example that is given in the article, the coined term “infits” may be “a decent pun” on the word “outfits” for clothing worn while on lockdown, but no one is looking for a term to describe this situation.

Third, it is better when there is an overlap in the distinctive sound of the two words. In the example above, the overlap is the sound “teen” in the coined word “quarantini”. This also aids the compactness of the portmanteau word, making it easier to be adopted.

Fourth, the second element of the portmanteau word is more important than the first. The reason is that in a portmanteau word consisting of X and Y, it is argued that Y is the “core” of the coined word, with the result that XY is a type of Y, not a type of X”. This is explained by reference to the word “morona”, which is intended to be a synonym of “covidiot”, where both are derived from the words “corona moron”. Applying the rule, the word “morona” fails because, it is argued, “morona” is not a type of corona. 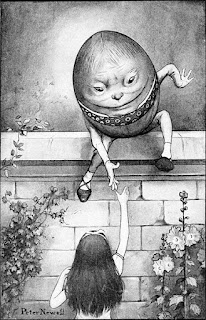 Applying these rules, one gets the impression that the more “successful” the portmanteau word is, the less likely the term will pass muster as a distinctive mark. If we circle back to the Hallgarten decision, the Assistant- Controller opined that the test for whether such a mark is distinctive is whether there has been sufficient “transformation of the parent dictionary words” for the coined mark to be considered distinctive.

But where there is more “transformation”, the less likely it will be that the word is successful as a linguistic tool to convey the meaning of the underlying terms. At the end of the day, what is good for the trader or the linguist may be less desirable for the trademark practitioner, reminding us that trademark law has a separate and distinct internal logic of “good” and “bad”.

Picture on top right by Strahan/Norman McLeod and is in the public domain.

Picture on left is by puuikibeach and is licensed under the Creative Commons Attribution 2.0 Generic license.

Picture on bottom right is by Peter Newell and is in the public domain.

Reviewed by Neil Wilkof on Wednesday, July 22, 2020 Rating: 5
The IPKat licenses the use of its blog posts under a Creative Commons Attribution-Non Commercial Licence.