Eleonora Rosati Tuesday, July 07, 2020 - #IPKat, antitrust, App Store, apple, EU Commission, music, platforms, Roosa Tarkiainen
The IPKat is delighted to host this guest contribution by Roosa Tarkiainen, a former IP student of mine at the University of Southampton and - more importantly - an incoming trainee solicitor at Bristows, discussing the recently launched EU Commission's antitrust investigation into one of the most successful digital distribution platforms as of to date - Apple's App Store - and also explaining why this is also relevant from an IP standpoint. 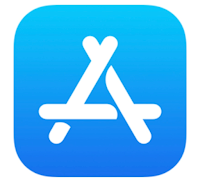 The European Commission has launched a formal antitrust investigation into Apple and the rules on its App Store. The investigation opens over a year after Spotify issued a complaint over Apple’s App Store practices. An e-book/audiobook distributor also submitted a separate complaint on similar grounds over the impact of the App Store rules on competition in the e-book and audiobook market.

The investigation is of interest in light of the broader ongoing discussions over the accountability of online platforms – as seen most recently in the Digital Single Market Directive [IPKat posts here, here, here, here, here, and here]. The European Commission is also in the process of reviewing the fitness of the legal framework in the E-Commerce Directive for digital services in the European Single Market. Part of this Digital Services Act package is indeed a review of the competition rules which cover “gatekeeper” platforms which set the rules of the game for their users and their competitors.

Apple’s App Store is a platform where users can find and download mobile apps for devices operating with Apple’s own iOS operating system, including all iPhones, iPads and Macs. Developers can develop apps and distribute them on the App Store. Apps are reviewed by Apple to ensure they comply with the App Store guidelines.

The Commission’s investigation will focus on two restrictions imposed by Apple on distributors of apps in these guidelines:

The Commission will investigate whether the above App Store restrictions breach EU competition rules under Article 101 and/or Article 102 of the Treaty on the Functioning of the European Union (TFEU).

Article 101(1) TFEU prohibits agreements between undertakings which may affect trade between Member States and which have as their object or effect the prevention, restriction or distortion of competition within the internal market, where that object or effect is appreciable. A non-exhaustive list of such agreements include those which directly or indirectly fix prices or any other trading conditions.

The investigation will determine whether the contractual obligations imposed by Apple on app developers have an appreciable effect on competition in the market for music streaming services and e-books, by giving an unfair advantage to Apple’s own rival apps.

Article 102 TFEU, on the other hand, prohibits the abuse of a dominant position by an undertaking within the internal market, such as by imposing unfair prices or trading conditions. The investigation will need to establish whether, by dictating the terms of the App Store, Apple has been abusing its dominance as the only app store supplier for iOS devices to influence competition in the market for music streaming apps and e-books.

The Commission will need to define what the relevant market in question is for the purposes of establishing both whether an appreciable impact on competition has occurred and whether Apple holds a dominant position in that market. A point of contention in the investigation may well be whether the relevant market in which Apple is allegedly abusing its dominance is specifically the app store for iOS devices (where Apple has a monopoly), or whether it includes app stores for other operating systems, such as Android (where those apps are also available).

As explained in its best practices, the Commission usually focuses on cases where it appears that an infringement is likely to be found and where there is likely to be the most significant impact on the functioning of competition and risk of consumer harm. Where an infringement is found, the Commission has the power to impose fines and orders to end the anticompetitive practices. Recent examples of hefty measures imposed by the Commission in antitrust cases include a €2.42 billion fine on Google for abusing its dominance as a search engine by giving an advantage to its own comparison shopping service, and a fine of €4.34 billion for imposing illegal restrictions on Android device manufacturers and network operators in order to divert traffic to Google’s own search engine.

Takeaways for the music industry

For the music industry, the investigation follows on from a long saga of tension between rival music streaming services Spotify and Apple’s own service, Apple Music. At the heart of Spotify’s case is the contention that, in subjecting other developers to its App Store rules but not Apple Music, Apple has been acting as a “stadium, owner, referee and player” in the field of music streaming services.

In all this, Apple has however hit back by saying that Spotify, while owing much of its success today to the App Store ecosystem, has not contributed enough to the maintenance of that marketplace.

Spotify maintains that this is not about Apple Music vs Spotify, but rather about giving a fair footing to all players in the market (Spotify has been backed by other music streaming services in its complaints).

No matter what the outcome of this case is, increased competition does benefit both the players and their consumers through increased choice, lower subscription prices, and innovation in music streaming services. In any case, music streaming services must ensure that the benefits from increased competition in the market reach the right pockets – those of the artists and creators who form the backbone of the entire industry.
[Guest post] EU Commission opens antitrust investigation into Apple’s App Store rules

Reviewed by Eleonora Rosati on Tuesday, July 07, 2020 Rating: 5
The IPKat licenses the use of its blog posts under a Creative Commons Attribution-Non Commercial Licence.