SUBMARINER vs MARINER: when a sailor-themed trademark application meets a watery end

Trademark law in Singapore is always interesting, not the least because of the role that passing off and reputation can take. Kat friend Denise Loh describes for us how all of this played out in a recent decision by the Intellectual Property Office of Singapore involving an opposition filed by Rolex. 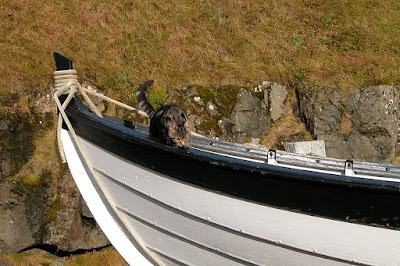 In Rolex S.A. v FMTM Distribution Ltd [2020] SGIPOS 6, FMTM Distribution Ltd filed an application in the Intellectual Property Office of Singapore (“IPOS”) to register “MARINER” in Class 14, inter alia for horological instruments (or in a word, “watches”). This application was opposed by Rolex S.A., the owner of the registered mark “SUBMARINER” in Class 14 for horological instruments and parts.

(a) Are the respective marks similar (by comparing the visual, aural and conceptual similarities between the marks);

(b) are the respective goods similar; and

(c) if steps (a) and (b) are fulfilled, whether there exists a likelihood of confusion on the part of the relevant public.

Under steps (a) and (b), the assessment is made by comparing the marks without consideration of external factors, such as consumer perception of the marks and the trade channels used to market the goods. Such external factors are only to be considered at step (c).

The Registrar found that the marks were similar, as follows:

(ii) Aurally, the two marks shared three identical-sounding syllables. The only difference was the syllable “sub” in the Opponent’s Mark, which was insufficient to distinguish the marks aurally.

(iii) Conceptually, both marks conveyed similar ideas of the sea and a sailor.

As for the goods, the Applicant accepted at the hearing that the competing goods were similar.

Having established that the respective marks and goods were similar, the Registrar found that there was a likelihood of confusion between the marks for the following reasons:

(i) According to the Registrar, the proper consideration is not how luxury watches are typically purchased but rather the circumstances under which a consumer might purchase watches in general. The Registrar found that while the public would exercise some care and good sense in making a watch purchase, the average consumer would not have specialist knowledge in relation to watches and would not be so invested as to preclude a likelihood of confusion.

In view of the above, the Opponent succeeded in establishing this ground of opposition.

The Opponent also opposed the application on the ground that the use of the Application Mark in Singapore constitutes passing off.To succeed on this ground of opposition, the Opponent must make out the following elements:

(a) Goodwill, which in the context of passing off, is concerned with the goodwill in the business as a whole and not specifically in its constituent elements (such as the mark that is being used in connection with the business);

(b) misrepresentation, namely whether use of the Application Mark in Singapore has led, or is likely to lead, to deception or confusion amongst the public; and

(c) actual damage or, at least, a genuine likelihood of damage to the Opponent’s goodwill.

The Registrar found that all three elements of passing off were established:

First, the Registrar was satisfied that the Opponent’s evidence, particularly in relation to its established network of retailers throughout Singapore, demonstrated that it had goodwill in its business in Singapore.

Second, having regard to the finding of a likelihood of confusion between the marks, the Registrar similarly found that there is a likelihood of misrepresentation as if the Applicant and Opponent are one and the same or at least that they are economically linked; and

Third, the Registrar found a real likelihood of damage to the Opponent’s goodwill, since the parties are in direct competition with each other and there is an overlap between the goods for which the Opponent’s Mark was registered and those for which the Applicant sought registration of its mark.

Accordingly, the Opponent succeeded on this ground of opposition as well. 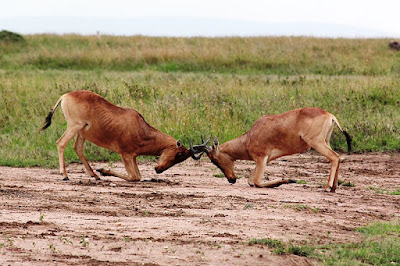 Nevertheless, since the Opponent had succeeded on the other two grounds of opposition, namely likelihood of confusion and passing off, registration of the Application Mark was refused.

First, the lack of evidence that the Application Mark has ever been used on its own (as opposed to usage of the mark accompanied by the house brand, in this case “FRANCK MULLER”) can be fatal to a finding that the mark possessed an established reputation.

Second, submitting foreign decisions will not assist in establishing that a mark is well known, unless it is further demonstrated how the successful use or enforcement overseas has led to the mark being well known in Singapore.

Picture on right by Erik Christensen and is licensed under the Creative Commons Attribution-Share Alike 3.0 Unported license.

Picture on left by Filip Lachowski (malczyk) and is licensed under the Creative Commons Attribution-Share Alike 2.0 Generic license.

SUBMARINER vs MARINER: when a sailor-themed trademark application meets a watery end

Reviewed by Neil Wilkof on Sunday, July 26, 2020 Rating: 5
The IPKat licenses the use of its blog posts under a Creative Commons Attribution-Non Commercial Licence.