The broadside ballad as newspaper: When the melody of “Greensleeves” met the latest public hanging in the City of London

A common scene in movies from the middle of the last century featured a young newspaper hawker standing on a street corner and yelling —"Extra, extra, read all about it”, followed by a brief description of the item that was intended to convince a passer-by to purchase a copy of the paper. 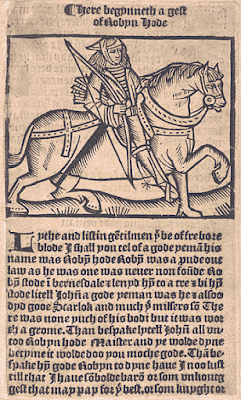 In an age where this Kat’s offspring are more likely to read a newspaper on line (just one of them still gets home delivery), it is easy to forget that the hawker was the last hooray of a tradition of news distribution that reached back four centuries. In its heyday in the 17th century, this form of proto-newspaper, known as the broadside (or broadsheet) ballad, mixed the textual with the artistic and musical, the better to reach the potential customer. So, let us pay IPKat homage to the broadside ballad, where the haunting melody of Greensleeves would meet the latest crime report in the City of London.

The broadside ballad brought together two developments. First was the long-standing oral tradition of the ballad, which was passed on from generation to generation. These ballads usually dealt with stories reflecting their provenance, such as medieval knights and damsels, ghosts, spurned love, and popular folk heroes (think Robin Hood). They were intended to appeal to the populace, with music and song as the platform by which to transmit their contents.

The traditional ballad was already well-established by the time that the invention of the printing press began to make available printed texts to the public. We tend to think about this transition to printed contents in terms of books, pamphlets, and the like. But it is likely that broadside ballads and similar published ilk, especially in that crucial time of transition, the 17th century, was the most ubiquitous form of printed material.

The new world of printing technology had improved the distribution of ballads by enabling multiple copies of their contents to be made cheaply. Word of mouth could only take a ballad so far; with the ability to print a ballad in multiple copies, the potential scope for distribution increased significantly. And the most economical way to do so was by using the broadside technique. In its most basic form, this meant printing the ballad on a single sheet of newspaper, together with a woodcut illustration, usually of a stock variety (whether or not the illustration was related to the content of the ballad).

The goal was to sell copies of the broadside. To do so, a so-called chapman would often set up shop in a city square or other frequented urban location and sing the ballad whose words were found on the broadside sheet. The usual going rate for purchase was one penny. London being London, one could often find the broadsheet for a particular ballad hanging on the wall of a tavern. Kat readers can imagine what then followed against the backdrop of yet another pint.

The distribution of the broadsheet ballad was ultimately a marriage between the relative ubiquity of printed contents with the entertainment value of the chapman, who engaged in a public performance of the ballad. Sometimes, instead of a dedicated melody for a given ballad, a recognized but otherwise unconnected melody (think Greensleeves) was used. Here, the name of the melody would appear on the broadside sheet, to give the customer a head’s up with the hope that such a familiar melody would draw in the customer and facilitate purchase.

OK Kat, I get this, but you promised us that the format of the broadside ballad would morph into a form of a proto-newspaper. Remember that, for the most part, traditional ballads had emerged from principally rural settings. But in 17th century London, a class of what we might describe as journalists began to take form. Aware of the success of the broadside ballads, they began to adopt this format to provide coverage of news of the day, such as the latest robbery or hanging.

This meant that, in the words of Wikipedia, the—


use of crude verse or doggerel was common, as this was thought to heighten the dramatic effect. The verses themselves would be based on the rhythms of various traditional airs in common circulation. 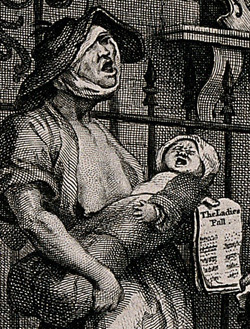 How wide spread was the phenomenon of the broadside ballad? One estimate suggests that 400,000 copies were being sold annually in England in the 1660’s, although sadly only a small number seem to have survived to today. Of course, other forms of so-called street literature were also developing. But it was arguably the broadside ballad, from its oral roots through its adoption into early forms of newspaper contents offered for sale to the masses, that was fundamental to the newspaper culture that later developed.

As such, they were developing the 17th-century version of— “Extra, extra, read all about it”-- as a means for distributing news contents, but with more entertainment value. When one takes into account as well the presence of the woodcut as a part of the broadside ballad, one is struck how this use of the format of a broadside ballad integrated what we would describe today as a literary work with an artistic work, with public performance of the work thrown in for good measure.

By Neil Wilkof
The broadside ballad as newspaper: When the melody of “Greensleeves” met the latest public hanging in the City of London

Reviewed by Neil Wilkof on Wednesday, July 15, 2020 Rating: 5
The IPKat licenses the use of its blog posts under a Creative Commons Attribution-Non Commercial Licence.