Now, The IPKat is pleased to host a guest post by Giovanni Gruni (Esade Business School), who reflects on the outcome of the dispute and the relevant implications, for IP and beyond that.

Copyright protection in times of regional instability: national security and the relevance of the WTO case Saudi Arabia – Measures Concerning the Protection of Intellectual Property Rights 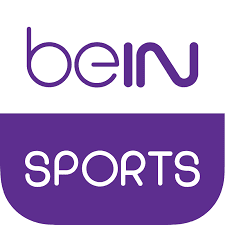 On the 16th of June 2020 a Panel of the World Trade Organization (WTO) issued its Report on the case where Qatar claimed that Saudi Arabia had committed a number of copyright violations against Qatari sport broadcaster beIN. The case raised limited issues with regard to the interpretation of the core obligations of the WTO Agreement on Trade Related aspects of Intellectual Property Rights (TRIPS) but it is of great significance because it is the first time that the TRIPS national security exception of Art. 73 was adjudicated in a WTO dispute. This exception is identical to the one of Art. XXI GATT that has been hitting the headlines recently because US President Trump used it to justify unilaterally a number of protectionist measures against China and other countries. The interpretation of the national security exception given by the Panel clarified when a State is considered exempted from its TRIPS obligations in situations in which it considers that its national security is at risk because it is at war with another WTO Member or because of another emergency in international relations. As this case showed, even if the WTO Panel interpreted restrictively the conditions of TRIPS Art. 73 it did find that, in some limited circumstances, a WTO Member can be excused by the national security exception when not respecting TRIPS law. This is in line with the only previous case on national security Russia – Measures Concerning Traffic in Transit where also the conditions of the national security exception (in that case Art. XXI GATT) were considered fulfilled.

Issues at stake in the case

Saudi Arabia severed relations with Qatar on the 5th of June 2017 after regional tensions between the two countries, as well as between Qatar and other countries in the region, had been escalating. This is in line with an increasingly compromised geopolitical scenario in the region and came after Saudi Arabia accused Qatar of not duly implementing the First Ryadh Agreement, to destabilise the Gulf Cooperation Council and to act against Saudi security interests. It is in this context that sport broadcaster beIN was banned from the Saudi market and forbidden from distributing media content. In addition, the website of beIN was forcibly closed and all monetary transactions involving the company made impossible. Approximately two months after the expulsion of beIN from the Saudi market another operator called beoutQ (acronym for be-out-Qatar) started streaming and broadcasting illegally beIN sports channels and providing unauthorised reproductions of beIN content as replays and reruns. BeoutQ operations also developed additional business lines with, for instance, subscriptions to the illegal channels, branded set-top boxes and access to IPTV being widely available in Saudi Arabia.

In this case, Qatar claimed that four measures implemented by Saudi Arabia were inconsistent with WTO law:

- First, the fact that Qatari nationals were unable to protect their IP rights.
- Secondly, that Saudi Arabia failed to accord to beIN treatment no less favourable than the one provided to Saudi economic operators.
- Thirdly, that Saudi acts and omissions made it unduly difficult for Qatari nationals to access civil judicial remedies, or to seek remedies in respect of enforcement of IP rights.

Finally, Qatar claimed that Saudi Arabia was failing to prosecute as a criminal violation piracy on a commercial scale of material in which copyright is owned by, or licensed to, Qatari nationals. Such measures were claimed to be violating TRIPS most-favoured nation treatment and national treatment obligations, a number of Articles of the Berne Convention as well as Artt. 41, 42 and 61 of the TRIPS on the availability of civil and criminal procedures and penalties in case of violations of intellectual property rights contained in the TRIPS.

Violation of the TRIPS Agreement

The panel concluded that Saudi Arabia had violated TRIPS procedural obligations taking measures that had the result of preventing beIN from obtaining Saudi legal counsel to enforce its IP rights through civil enforcement procedures before Saudi courts and tribunals (Artt. 41 and 42 TRIPS). In addition, the panel concluded that Saudi Arabia acted inconsistently with the Art. 61 TRIPS, which requires WTO Members to apply criminal procedures and penalties against perpetrators of copyright piracy on a commercial scale. These conclusions were reached considering a number of factual circumstances and Saudi actions, including the so called anti—sympathy measures adopted against Qatar. The WTO Panel exercising judicial economy left on the side other substantive issues concerning the application of the TRIPS agreement. The main legal knot that remained on the table was however if such violations could be excused on the basis of the national security exception of Art. 73 TRIPS, an issue to which the panel dedicated extensive analysis in the last part of its decision.

In this case the WTO Panel confirmed the line of reasoning of Russia – Measures Concerning Traffic in Transit the only previous case decided in the WTO on the basis of the national security exception. Art. 73 (b) (iii) TRIPS states that:

Nothing in this Agreement shall be construed:
[…]
(b) to prevent a Member from taking any action which it considers necessary for the protection of its essential security interests;
[…]
(iii) taken in time of war or other emergency in international relations; […]

Notwithstanding the opposition of the United States that intervened as a third party, the Panel confirmed that the evaluation of whether the respondent has satisfied the circumstance in subparagraph (iii) must “be made objectively rather than by the invoking Member itself”. This is in line with Russia – Measures Concerning Traffic in Transit and disavowed again the interpretation given by the current United State administration of the national security exception in WTO law. Overall the assessment of the exception was done on the basis of a test made of four steps:
From the analysis of the Panel a number of observations can be drawn. First, the national security exception can be activated not only in case the countries involved are at war but also if their relation can be categorised as an “emergency in international relations”. This would include situations giving rise to a particular defence or military interest or an interests related to the maintenance of law and public order. Interestingly, here the Panel referred to the definition of UN Charter of actions resulting in Threat to Peace, Breaches of the Peace or Acts of Aggression. Notably, economic and political conflicts between countries fall outside this definition whenever they do not give rise to defence and military interests or maintenance of law and public order interests. Again, this does not bode well for the United States in any future disputes against its protectionist measures justified on the basis of the same national security exception for economic grievances against other countries.

Secondly, the State must sufficiently articulate the “essential security interests” protected by the national measures and even if this remains under the discretion of the State it has to be done in good faith so that the national security exception does not become an instrument to circumvent WTO obligations.

Finally, a connection must be demonstrated between the national measures and the essential security interest. This means that the measures at issue must meet a “minimum requirement of plausibility in relation to the proffered essential security interests”. So if the measures are so remote from, or unrelated to, the emergency that is implausible that the respondent implemented the measures for the protection of its essential security interest this requirement is not fulfilled. Of the two main Saudi violations considered by the Panel only the one related to the lack of access of beIN to civil judicial enforcement of IP rights was considered to pass the national security test. In fact, the Panel did not find any connection between the non-application of criminal procedures and penalties to beoutQ and the protection of Saudi essential security interests. This was mainly because the lack of access to civil enforcement of IP could be considered as part of a plausible attempt to keep Qatari nationals outside the Saudi territory. This was not considered so with regard to the failure to criminally prosecuting criminal activities linked with persistent copyright violations. Moreover, such a lack of criminal prosecution affects not only Qatari nationals but also international copyright holders. As the European Union put it during the case: “would appreciate it if Saudi Arabia could provide a plausible explanation of the reasons why 'it considers necessary' to allow the systematic infringement of the intellectual property rights of EU right holders in order to protect its essential security interests”.

The case demonstrated that the identical wording of the national security exceptions of Art. XXI GATT and Art. 73 TRIPS mean that the interpretation given in the previous Russia – Measures Concerning Traffic in Transit can be applied also in the context of TRIPS law. Doing this the Panel reiterated that the exception provides additional policy space under WTO law to take measures that would be otherwise illegal on the basis of the TRIPS. However, this is generally correlated to some kind of military tension between the countries involved and excludes political or economic conflicts. A four step test must be applied to assess if the exception is fulfilled which also requires to demonstrate the connection between the measures taken and the essential security interest protected. This case is highly relevant for looming disputes against protectionist measures implemented by President Trump on the basis of the same national security exception against China, the European Union and other nations. If the reasoning is confirmed, those measures would not pass the four steps test used by the Panel.
[Guest post] Copyright protection in times of regional instability: national security and the relevance of the WTO case Saudi Arabia – Measures Concerning the Protection of Intellectual Property Rights

Reviewed by Eleonora Rosati on Tuesday, July 21, 2020 Rating: 5
The IPKat licenses the use of its blog posts under a Creative Commons Attribution-Non Commercial Licence.