Léon Dijkman Tuesday, July 07, 2020 - C-170/13, Erik Habich, FRAND, Léon Dijkman, Orange Book, Peter Georg Picht, SEP, Sisvel v. Haier
The IPKat announced a while ago that European FRAND-watchers have three decisions to look out for by the highest courts in the UK, Germany and the Netherlands [Katpost here]. Now, the first of these decisions is available: the German Federal Supreme Court [Bundesgerichtshof] has handed down the written reasons for its decision in Sisvel v. Haier [Katposts here and here]. An English version of the decision, couresy of Arnold Ruess, can be found here .

Professor Peter Georg Picht and Erik Habich (both Zurich University/Max Planck Institute), have kindly offered to provide a summary and first thoughts on the decision. Here is what they have to say below:
Sisvel v. Haier: the German FRAND approach revisited
Peter Georg Picht & Erik Habich
Roughly 4.5 years after the first and three years after the second instance decision, the Panel of the German Federal Supreme Court deciding on competition law matters (Antitrust Senate – Kartellsenat) issued a final decision in Sisvel v Haier. It (i) is, overall, better news to patentees than to implementers, (ii) confirms several positions taken by German lower courts in the wake of the Court of Justice of the European Union (CJEU)’s decision in C-170/13 Huawei v. ZTE, but also (iii) introduces new elements into the “German approach” to Standard Essential Patent (SEP) and Fair, Reasonable and Non-Discriminatory (FRAND) matters.

Facts of the case

Sisvel acquired the patent in suit (the patent expired in 2016), declared essential to ETSI’s GSM standard by its previous owner Nokia, and submitted a FRAND declaration. Sisvel approached Haier in 2012 for a global portfolio license, as Haier was offering standard-compliant mobile phones and tablets in Germany. However, the parties were unable to agree on a license. Finally, Sisvel sued Haier for infringement at the Düsseldorf Regional Court in 2014 while Haier sued for nullity at the Federal Patent Court in 2015. In the infringement proceedings, the first instance Court found the patent to be infringed, dismissing Haier’s FRAND defence and finding Haier had delayed the negotiations. In 2017, the Düsseldorf Higher Regional Court (Mobiles Kommunikationssystem) upheld the finding of patent infringement but denied an injunction as it considered Sisvel’s licensing offer non-compliant with the non-discrimination prong of FRAND. 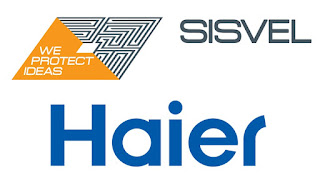 The Court confirmed that Haier’s devices infringed the patent in suit. Although the reasoning on this point looms large in the decision, this post focuses on the implementer’s right to a FRAND license, framed by German courts as a procedural defence resulting from a competition law-based claim to a compulsory FRAND license (kartellrechtlicher Zwangslizenzeinwand).

Market dominance is the first step in the analysis as to whether art. 102 TFEU (and the parallel provision in German competition law) permits such a FRAND defence. Regarding the licensing market for standard-integrated technology, the Court affirms that patent ownership per se does not automatically generate dominance. SEP ownership, however, can create dominance in principle (until the SEP expires), if a device that does not implement the standardized technology cannot successfully compete on the respective market. While the Court states that, in exceptional circumstances, even an SEP owner may not be dominant, it rejects a “relative market power test” looking at whether buyer power or other characteristics prevent the SEP owner’s market power vis-à-vis a particular implementer. Although the FRAND commitment constrains the patentee’s bargaining power in the market, the Court does not consider this aspect in its dominance assessment. It is instead used by the Court in the balancing of interests necessary to determine an abuse.

Litigation seeking to enforce a FRAND-encumbered SEP – by way of injunctions but also of claims for recall, removal from the sales channels or destruction – can constitute an abuse if the patentee is obliged to permit use of the patent due to the implementer’s readiness to take a FRAND license. Here, the Court takes an interesting approach that combines, as it were, its Orange Book formula and the test in Huawei v. ZTE. First, the Court found that it is abusive to enforce patent infringement claims if the implementer has provided an unconditional license offer on conditions the patentee cannot refuse without committing an abuse – this is the Orange Book formula, burdening, inter alia, the implementer with defining an appropriate set of license conditions. Further, SEP enforcement is abusive where the SEP owner fails to take the necessary steps to enable a willing implementer to take a FRAND license. This second prong then leads to the conduct requirements established in Huawei v. ZTE.

The following aspects of these requirements are particularly noteworthy:

Since the Court found the lack of willingness to license on the part of the implementer, it was brief on the (consequently non-decisive) issue of whether the patentee’s license offer was discriminatory. The Court underlines, however, that the discriminatory nature of differing license offers to different implementers must be assessed by a balancing of all involved interests, which takes into consideration the goals of competition law. The fact that one of the offers was a reaction to the lack of realistic enforcement prospects, personal or business risks, as well as to pressure by state agencies in favour of the respective licensee can serve as a justification for differing conditions offered to other implementers (in relation to which said considerations were not present), as long as these conditions are appropriate and not impairing the competitiveness of the implementers to which the conditions are offered.

Regarding damages, the Court held that there was negligence on the part of the implementer even for the period prior to the infringement notification, as legal rules on damages require an implementer to identify patents infringed by its market activities. Previous German case law limited damages to the FRAND royalty level for periods in which only the implementer complied with the FRAND requirements. Arguably accepting a distinction of this sort and choosing a legal mechanism similar to the one offered by the Düsseldorf Higher Regional Court in Improving Handovers, the Federal Supreme Court grants an implementer willing to take a FRAND license a counter-claim for damages if the patentee fails to offer/enter into such a license.

More extensive than some had expected, the Sisvel v. Haier reasons provide much food for thought, not least because it remains to be discussed whether all of their elements square with the CJEU’s approach in Huawei v. ZTE.
[Guest post] Return of the Orange Book? German Federal Supreme Court revisits FRAND in Sisvel v. Haier

Reviewed by Léon Dijkman on Tuesday, July 07, 2020 Rating: 5
The IPKat licenses the use of its blog posts under a Creative Commons Attribution-Non Commercial Licence.