Never Too Late: if you missed the IPKat last week 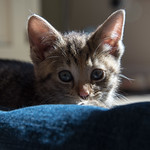 If you missed any IPKat news last week, we got you covered!

The Patent Examination Board has released more information on the arrangements for the UK patent exams this year, in view of the COVID-19 pandemic. Rose Hughes shared the information.

How to deal with abusive patent enforcement within the EU enforcement framework? Kat friends Prof. A. Strowel and Dr. A. Léonard shared their thoughts on this questions.

The US Supreme Court issued a long-awaited decision regarding the "Booking.com" service mark.  The Court held that "generic.com" marks are not necessarily generic in USPTO v. Booking.com. Thomas Key looked at the judgement.

Kat friend Hugo Cox offered Kat readers a UK perspective on the recent decision by the CJEU in the Brompton Bicycle case.

When does a communication to the public under EU copyright law need to be to a ‘new public’? Eleonora Rosati investigated the origin of the notion of ‘new public’, its use and development in the case law of the Court, as well as the justifications given for its use, in a research article which will be published by European Law Review later this year.

On 11 June 2020, the National Copyright Administration of China issued the first document of 2020: The Notice on Regulating the Copyright Order of Photographic Works ('the Notice'). The Notice provide guidelines regarding how certain practical issues should be handled. Tian Lu provided an overview of the Notice.

Trade mark laws across the globe are increasingly accepting various categories of “non-traditional” trade marks as eligible for registration and protection. In light of this, Prof. Jacques de Werra (University of Geneva, UNIGE) has recently published the edited volume “3DTrademarks and other Non-Traditional Trademarks”. Anastasiia Kyrylenko provided a teaser of this must read for everyone interested in non-traditional trade marks.

In its 100th year the IPFederation's members have stepped up to the plate to share their most valuable IP to help combat COVID-19, including tools, data, technical drawings, know-how, scientists and engineers, in order to pool knowledge to accelerate the timeline to find a vaccine. Annsley Merelle Ward looked at the importance of the IP Federation over the past 100 years and their goals for the future.

In late 2018, the Patent and Market Court ordered Telia - by way of an interim ruling – to block access to The Pirate Bay, Dreamfilm, Nyafilmer, Fmovies, and several other related proxies and mirror sites by means of a dynamic blocking injunction. Telia appealed the ruling to the Swedish Patent and Market Court of Appeal, which confirmed the findings in a decision (available in Swedish) issued earlier last week. Nedim Malovic reported on the findings.

Zihao Li, a PhD candidate at CREATe, University of Glasgow, provided an opinion on privacy and data protection in the Chinese Civil Code.

Never Too Late: if you missed the IPKat last week

Reviewed by Magdaleen Jooste on Sunday, July 12, 2020 Rating: 5
The IPKat licenses the use of its blog posts under a Creative Commons Attribution-Non Commercial Licence.