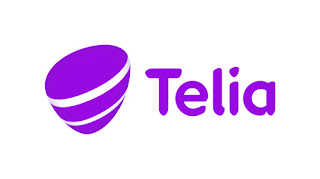 The applicant rightholders (Disney, Universal Studios, Warner Bros, and several others) claimed that Telia – by supplying internet connection to its own customers (thus enabling access to the sites at issue) – was aiding and abetting (objectively) infringements of copyrights belonging to the claimants. The request for dynamic blocking injunction was made in accordance with §53B (first sentence) of the Swedish Act on Copyright in Literary and Artistic Works (1960:729) (the Copyright Act).

In late 2018, the Patent and Market Court ordered Telia - by way of an interim ruling – to block access to the above-mentioned sites by means of a dynamic blocking injunction [commented on The IPKat here, here and here].

Telia appealed the ruling to the Swedish Patent and Market Court of Appeal, which confirmed the findings in a decision (available in Swedish) issued earlier this week.

The Patent and Market Court of Appeal’s considerations

The Patent and Market Court of Appeal confirmed the earlier instance’s findings and agreed that Telia had participated in the copyright infringements by providing internet access to its customers. By enabling access to the works in question which were made unlawfully available on the above-mentioned platforms and other related proxies and mirror sites, Telia was considered liable on a contributory basis for the infringements in question. Furthermore, the Court considered it proportionate to issue the injunction and force Telia to implement technical blocking measures. However, the arrangement and form of the dynamic injunction should be clarified.

The dynamic blocking injunction in question

In compliance with the principles of effectiveness, efficacy and proportionality, an injunction must be formed in such a way that it would target The Pirate Bay, Nyafilmer, Fmovies and Dreamfilm in their entirety.
It was not considered necessary to indicate which persons administers the services nor to describe the services in detail. Both the administrators and appearance of the sites may vary for the same service without a need to regard it as a new service. What is essential is the characteristics, structure, and the function of the services. In particular, domain names and URLs whose sole or predominant purpose is to enable or facilitate access to the works in question should be targeted by the injunction.

By specifying the injunction in this way, domain names and URLs relating to search services such as Google or Yahoo ought not be targeted by the injunction. Nor should links that are copied and pasted in various posts on Facebook and/or Twitter be subject to the injunction. What determines the injunction’s applicability is the nature of the services: when the sole purpose of the domain name and/or URL is to provide access to The Pirate Bay, Nyafilmer, Fmovies or Dreamfilm, then such services should fall under the scope thereof.

Similar to the approach adopted by High Court of England and Wales (Arnold J) in FAPL v BT [2017] EWHC 480 Ch and [2018] EWHC 1828 (Ch) [commented on The IPKat here], the Patent and Market Court of Appeal did not deem it appropriate or proportionate to require Telia – which merely contributes to the infringement – to also monitor new domain names and URLs that infringe the rightsholders’ copyrights. Instead, the rightsholders have to report to Telia which domain names and URL’s they wish Telia to block. The prerequisite is that the domain names or URLs have the main purpose of providing unlawful access to any of the services in question. Accordingly, both the rightsholders and Telia have a shared responsibility in assuring that the criteria for blocking would be met.

Both parties have the opportunity to secure evidence in support of their cause should either party deem it disproportionate or unlawful to block any future domains and/or URLs.

Timeframe of the injunction

The injunction is set to be in force for three years. However, Telia submitted that it is unclear how long an injunction for a particular domain name or URL should be in force. According to the Patent and Market Court of Appeal, the investigation has shown that the services in various way attempt to circumvent blocking by activating, deactivating, and reactivating various domain names and URLs. In this sense, the dynamic injunction cannot be revoked for a certain period because it would render the injunction unclear and inefficient.

What this decision essentially confirms is the approach adopted by numerous other countries, including the UK, where dynamic injunctions have been on the rise in recent practice and jurisprudence. Furthermore, it also places Sweden in line with other EU member states in relation to the interpretation of sanctions and remedies on an EU level. We may also rest assured that aspects relating to the EU Charter of Fundamental Rights (Article 17, 16 and 11) have been also taken into account and clarified.

Another aspect is whether dynamic injunctions really are that effective. In the UK, the evidence provided by rightholders in the cases mentioned above showed that they are and also present fewer risks of overblocking than traditional blocking orders.
Swedish Patent and Market Court upholds Sweden’s first dynamic blocking injunction

Reviewed by Nedim Malovic on Thursday, July 02, 2020 Rating: 5
The IPKat licenses the use of its blog posts under a Creative Commons Attribution-Non Commercial Licence.