Indivisibility and visibility in invalidity proceedings of a Community design

On June 10, 2020, the General Court of the European Union conferred a judicial gift on IP enthusiasts with its judgement in case T-100/19 L. Oliva Torras v EUIPO - Mecánica del Frío (Attelages pour véhicules), providing an intricate analysis of a series of procedural and substantial issues regarding Community design invalidity. While the entire judgement is worthy of attention, this blogpost will focus on probably the two most noteworthy aspects of the decision: (i) the [in]divisible character of the ground of invalidity; and (ii) the necessity that EUIPO’s decisions be based on reasoned statements. 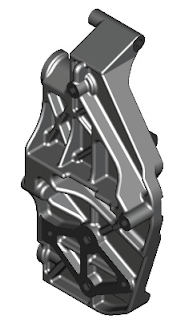 The contested design, Frio's Community design for ‘machine coupling’, was attacked by L. Oliva Torras's application for a declaration of invalidity before the EUIPO Invalidity Division, on the ground of article 25(1)(b) of Regulation No. 6/2002 on Community Designs ('CDR'). According to this provision, a registered Community design must be declared null and void if it was registered without fulfilling the requirements set out in articles 4 to 9 of the CDR (referred herein as the “invalidity grounds”), namely that the design:

● lacks novelty and individual character in light of the existing prior art already disclosed at the time of filing the design;

● is applied to or incorporated in a complex product and cannot remain visible during normal use by the end user, excluding maintenance, servicing or repair work;

● is dictated by its technical function or by its capability of allowing the interconnection between products for functional purposes;

L Oliva Torras argued that the contested design was not novel because it is identical with the appearance of its product, namely a case supporting the compressor of a refrigeration unit of a vehicle engine. However, the Invalidity Division, having regard to the single dated image submitted as evidence of the disclosed prior art, rejected this claim and concluded that the contested design was valid.

Before the Board of Appeal, the Rapporteur informed Frio and L Oliva Torras that the contested design should be declared invalid under article 4.2 since it consists of a component of a complex product, which could not be visible to the informed user (being a person skilled in the mechanical and/or refrigeration appliances of cars) during normal use.

The parties then submitted their respective observations. While dismissing L Oliva Torras' appeal and upholding the contested design as novel and having individual character, the Board of Appeal remained silent on the application of article 4.2 CDR. 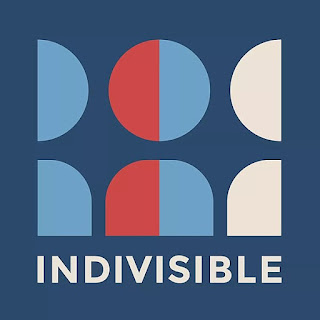 ● the ground of invalidity under article 25(1)(b) CDR entails an indivisible assessment of whether all requirements set out in articles 4-9 CDR were fulfilled;

● the decision of the Court of Appeal does not provide the necessary reasoned statement because it does not explain why it did not take into account the contested design's invalidity under article 4.2 CDR.

A Community design may be declared invalid only in the following cases: b) if it does not fulfill the requirements of Articles 4 to 9.

Also, notes the Court, L Oliva Torras is implicitly contending that the Board of Appeal needed to analyze whether the contested design was null and void under each of the invalidity grounds under article 25(1)(b) CDR.

The General Court refers to settled case law according to which—


…in interpreting a provision of EU law it is necessary to consider not only its wording, but also the context in which it occurs and the purposes pursued by the rules of which it is part.

In this case, the context of article 25(1)(b) CDR implies that the requirements in articles 4 to 9 CDR must be applied cumulatively, such that the failure to satisfy even one of them may lead to a finding of invalidity under article 25(1)(b) CDR, whose purpose is to determine whether or not a Community Design was validly registered at the outset. [Community Designs are examined only after their registration, if challenged in an invalidity proceeding, since no examination on absolute grounds is carried out by the EUIPO.]

The General Court rejected the Board of Appeal's interpretation of the indivisibility of the ground of invalidity under article 25(1)(b) CDR as requiring an assessment of all the requirements of articles 4 to 9 in order for the contested design to be declared invalid. It noted that the scope of the invalidity action should be determined by the arguments, facts and evidence adduced by the parties in the invalidity proceeding.

(ii) the necessity for reasoned statements in the EUIPO’s decisions 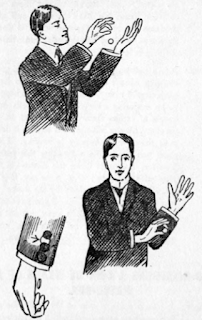 The General Court notes that the contested decision does not contain any explanation, even implicitly, why the Board of Appeal did not assess whether articles 4.2 and 4.3 CDR applied in the present case and, consequently, if the contested design could no longer be visible during the normal use of the complex product into which it was intended to be incorporated.

This circumstance is in contrast to the Board of Appeal's determination that article 25(1)(b) CDR constitutes an indivisible ground of invalidity. Moreover, observes the Court, the Board of Appeal did not provide a reasoned statement explaining why it disregarded the Rapporteur's communication concerning the contested design's invalidity pursuant to articles 4.2. and 4.3 CDR, and the parties' respective observations in reply.

Since the decision of the Board of Appeal ultimately overturned the invalidity assessment raised by the Rapporteur, the question of the invalidity of designs consisting of hidden components in complex products qualifies, in accordance with EU case law, as an important matter that needed to be addressed in the decision according to settled EU case law.

The General Court accordingly annulled the contested decision for lack of a reasoned statement in that the decision upheld the Contested Design’s validity despite indications of the contrary following the Rapporteur’s communication and the parties’ contentions regarding article 4 CDR.

It remains to be seen whether the case will be brought to the CJEU's attention and the contested design will be reexamined under article 4 CDR in light of the principle of divisibility regarding claims of invalidity under article 25(1)(b) CDR, as construed by the General Court.

Picture on the right is by indivisible and is in the public domain.

Picture on the left is by Will Goldston and is in the public domain.
Indivisibility and visibility in invalidity proceedings of a Community design

Reviewed by Neil Wilkof on Tuesday, July 07, 2020 Rating: 5
The IPKat licenses the use of its blog posts under a Creative Commons Attribution-Non Commercial Licence.