BREAKING: AG Øe advises CJEU to rule that, under the InfoSoc Directive, platforms like YouTube and Uploaded are not liable for making available infringing user-uploaded content 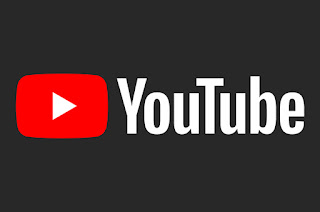 Advocate General (AG) Saugmandsgaard Øe has just issued his Opinion in Joined Cases C-682/18
and C-683/18, in which he has advised the Court of Justice of the European Union (CJEU) to rule that, under EU law as existing prior to the adoption of Directive 2019/790 (the DSM Directive), platforms like YouTube and Uploaded are NOT liable for the making available of infringing user-uploaded content.

The text of the Opinion is not yet available on the Curia website but, according to the relevant press release, the DSM Directive would have introduced a NEW regime in Article 17 therein for providers which are referred to as 'online content sharing service providers', and not merely clarified the regime as already existing under Article 3 of the InfoSoc Directive (cf recital 64 in the preamble to the DSM Directive) and the E-commerce Directive.

According to the AG:

operators such as YouTube and Cyando are not directly liable for an infringement of the exclusive right of authors, as recognised under Directive 2001/29,  to communicate their work to the public, when users of those operators’ platforms illegally upload protected works.

Advocate General Saugmandsgaard Øe observes that the process of uploading a file to a platform such as YouTube or Uploaded, once initiated by the user, is automatic, without the platform operator selecting or determining in any other way the content that is published. Any, possibly automated, check made in advance by that operator does not constitute selection in so far as that check is confined to identifying illegal content and does not therefore reflect its intention to communicate certain (and not other) content to the public.

The Advocate General further notes that Directive 2001/29 is not intended to govern ‘secondary’ liability, that is to say, the liability of persons who facilitate third parties in carrying out illegal ‘communications to the public’. That liability, which generally involves knowledge of unlawfulness, comes under the national law of the Member States.

Moreover, platform operators such as YouTube and Cyando may, in principle, benefit from the exemption from liability provided for by Directive 2000/31 7 for the files they store at the request of their users, provided that they did not play an ‘active role’ of such a kind as to give them ‘knowledge of, or control over’ the information in question, a role which, in principle, they do not play. The exemption in question provides that the provider of an information society service, which consists of the storage of information provided by the recipient of the service, cannot be held liable for the information thus stored, unless, upon obtaining knowledge or awareness that the users’ information or activities are illegal, it has not expeditiously removed or disabled access to that information.

According to the Advocate General, that exemption applies, horizontally, to all forms of liability, which the providers in question may incur in respect of any kind of information stored at the request of the users of their services, whatever the source of that liability, the field of law concerned and the characterisation or exact nature of that liability. That provision therefore covers, in his view, both primary and secondary liability for the information provided and the activities initiated by those users.

The Advocate General specifies that the situations in which the exoneration at issue does not apply — namely when the service provider has ‘actual knowledge of illegal activity or information’ or is ‘aware of facts or circumstances from which the illegal activity or information is apparent’ — refer, in principle, to specific illegal information. Otherwise, there would be a risk of platform operators becoming judges of online legality and a risk of ‘over-removal’ of content stored by them at the request of users of their platforms in so far as they also remove legal content.

Advocate General Saugmandsgaard Øe also proposes that the Court rule that, irrespective of the question of liability, rightholders may obtain, under EU law, injunctions against the operators of online platforms, which can impose obligations on the latter. Rightholders must be able to apply for such an injunction where it is established that third parties infringe their rights through the service provided by platform operators, without the need to wait for an infringement to take place again and without the need to show improper conduct by the intermediary.

A fuller analysis will be provided when the text of the Opinion becomes available.

In the meantime, if you have not yet done so, don't forget to register to attend next week's Joint IPKat/BLACA Live Webinar on the YouTube/Cyando case.
BREAKING: AG Øe advises CJEU to rule that, under the InfoSoc Directive, platforms like YouTube and Uploaded are not liable for making available infringing user-uploaded content

Reviewed by Eleonora Rosati on Thursday, July 16, 2020 Rating: 5
The IPKat licenses the use of its blog posts under a Creative Commons Attribution-Non Commercial Licence.