Airbnb rentals and communication to the public: do you need a specific licence for your TV/radio sets?

Eleonora Rosati Friday, November 08, 2019 - #IPKat, Airbnb, CJEU, communication to the public, copyright, Eleonora Rosati, hotels, InfoSoc Directive, listings, Rental and Lending Rights Directive, Stim and SAMI C-753/18
Earlier this week, The IPKat received an intriguing couple of questions from a reader who is currently studying IP law: does someone renting out their spare bedroom on Airbnb around 50% of the time have to acquire a separate licence for the TV set which they have in said room? and what if they also have a radio set that allows guests to play music in said environment?

From an EU perspective, issues of this kind require consideration of the string of case law of the Court of Justice of the European Union (CJEU) on the right of communication to the public under the InfoSoc and Rental and Lending Rights Directives, including a pending referral - Stim and SAMI, C-753/18 [Katpost here] (the Opinion of the appointed Advocate General is expected on 15 January 2020) - asking whether:
Communication to the public

Readers will remember that the first ever communication to the public case under the InfoSoc Directive to reach the CJEU was the referral in SGAE: the Audiencia Provincial de Barcelona (Spain) had asked the Court whether the installation of TV sets in hotel rooms would qualify as communication to the public (also a public in succession, given that a limited number of persons could be present in each room at any given time), rather than the mere provision of physical facilities as per Recital 27 in the preamble to said directive.

Noting that Recital 23 in the preamble to the InfoSoc Directive requires the concept of ‘communication to the public’ to be interpreted broadly, the CJEU answered this question in the affirmative:

the hotel is the organisation which intervenes, in full knowledge of the consequences of its action, to give access to the protected work to its customers. In the absence of that intervention, its customers, although physically within that area, would not, in principle, be able to enjoy the broadcast work. (at [42])

The Court also considered that:
Further to the SGAE decision, however, things have not been considered entirely clear, as referrals have continued flowing.

In all this, despite the criticisms made by some commentators, the position of the CJEU has been consistent overall, though there have been some ambiguous messages being sent.

So, the provision of TV sets in:
qualifies as an act of communication to the public within Article 3(1) of the InfoSoc Directive.

However, the broadcasting of phonograms by radio in a dental practice would not be communication to the public under Article 8(2) of the Rental and Lending Rights Directive (SCF), on consideration that: (a) the patients would not be a ‘public’ and (b) the radio broadcasts would not have an impact on the “income of that dentist”.

Anecdotally, it could be also remembered that the SCF ruling was issued the same date as PPL: unlike the patients of a dentist, the provision of TV and radio sets by a hotel operator would qualify as communication to the public under Article 8(2) of the Rental and Lending Rights Directive. In all this, however, hotel rooms are not to be considered as ‘places accessible to the public against payment of an entrance fee’ for the purpose of Article 8(3) of the Rental and Lending Rights Directive (Hotel Edelweiss).

So, where does all this lead us?

Before answering, let’s take a closer look at how Airbnb works. Besides reading the relevant Terms of Service, when you start hosting Airbnb asks you a number of questions to help you decide a listing price that might be ‘right’ for the location, type of rental, and amenities offered.

Let’s assume that I wished to rent out, as in the example provided by the reader, a spare double bedroom in my apartment which is set up as a dedicated guest space (no personal belongings of mine there).

When asked whether I am listing on Airbnb as part of a company, I answer ‘No, that doesn’t sound like me’ (cryptic language aside, that does not likely mean that I am renting out not to make a profit).

Then, Airbnb asks me what spaces guests could use and which amenities I would offer them. Besides the essentials (towels, bed sheets, etc) and many other things, one of the options is indeed TV. For my rental, I choose to offer ‘Essentials’ and ‘TV’. 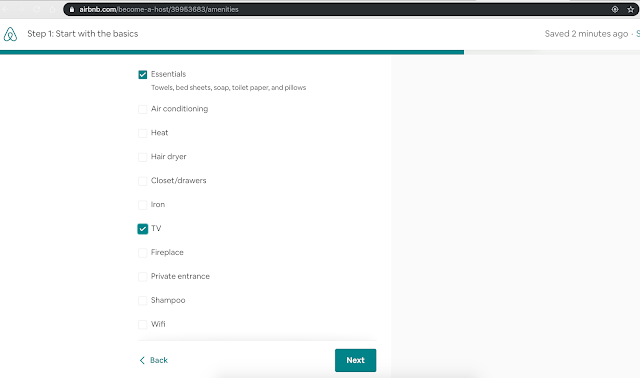 At the end of this process, Airbnb informs me that if I rented out this hypothetical spare bedroom of mine 15 days a month (so, 50% of the time, as in the reader’s example), based on (1) location, (2) listing type (which also includes the amenities I would offer, and (3) guest capacity, I could make GBP 871 a month. 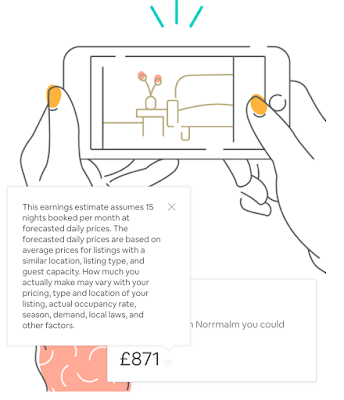 If I repeated the questionnaire, only changing my answer in relation to the amenities I would offer and by deselecting ‘TV’, the earnings estimate would not change.

However, when perspective guests search Airbnb for available listings, they are able to activate filters, including the ability to only view listings where hosts offer the desired amenities, eg TV. 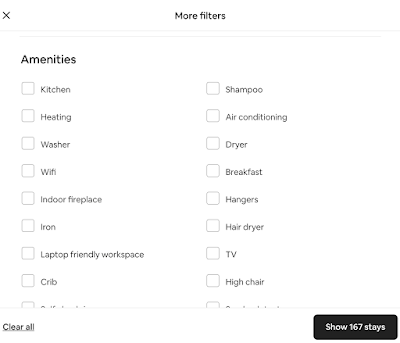 This suggests that, if two listings were for the same price, the presence or lack of certain amenities could have an impact on perspective guests’ purchasing decisions.

A communication to the public?

It thus appears that, to paraphrase the language of the CJEU (see PPL, at [44]), the provision of a TV set in my guest bedroom, by which I give access to the broadcast work to my customers (arguably, a public in succession akin to that of hotels), constitutes an additional service which has an influence on the rental’s standing and, therefore, on the price of rooms. Moreover, it is likely to attract additional guests who are interested in that additional service.

It follows that, in light of existing CJEU case law, Airbnb hosts might perform acts of communication to the public and the provision of TV and radio sets would not be akin to the mere provision of physical facilities. If this conclusion was correct, then could I be at risk of infringing third-party rights if I was not in possession of a valid licence.

While a specific CJEU referral on platform economy services and communication to the public may be unavoidable in the end, the Stim and SAMI case is indeed very interesting because, so far, it has been the closest thing to that. The relevant CJEU findings are likely to apply well beyond car rentals and have an impact on those grey areas (like Airbnb) where the line between private and professional activities has not always been an easy one to draw.

Let's now wait to see what the AG thinks of all this and whether car rentals are more akin to hotels, pubs, spas, and rehabilitations centres (as it appears correct) or, instead, are to be treated as a dentist's practice.
Airbnb rentals and communication to the public: do you need a specific licence for your TV/radio sets?

Reviewed by Eleonora Rosati on Friday, November 08, 2019 Rating: 5
The IPKat licenses the use of its blog posts under a Creative Commons Attribution-Non Commercial Licence.