InternKats: Sophie Corke, Magdaleen Jooste, and Anastasiia Kyrylenko.
Home Economics IP Neil Wilkof / Economics and IP: the good, the bad and the ugly (and a request for reader feedback)?

Economics and IP: the good, the bad and the ugly (and a request for reader feedback)?

Former PermaKat, Nicola Searle, shares her thoughts on the current state of the impact of economics on IP. As a bonus, she asks for feedback from Kat readers.

In the long run, we are all economists? 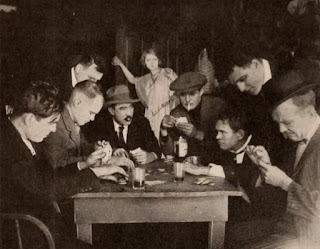 With apologies to John Maynard Keynes, before we all reach the inevitable end point of "the long run", consider the proposition that "in the long run, we are all economists".

Years of pounding the economics drum in the IP world has led to some self-reflection. What does it all mean? Why am I here? How do Supplementary Protection Certificates (SPC) work? As a naïve, probably arrogant, freshly minted economist in the aughties, I wondered, “why would you lengthen copyright/prevent private copying/change policy instead of business/be obsessed with patent counts/double reward patent investment/etc., when the economic research says otherwise?”

Dazzled by the growth of economic teams in government IP offices, the heady promise of the UK Hargreaves review and cultural changes such as Creative Commons, I thought that economics would triumphantly prevail.

Of course, I was wrong

IP rights have expanded, despite the findings of economic analysis. Trade agreements have slowly but surely extended the footprint of IP rights. Countries that primarily import, rather than export, IP may not benefit from IP regimes, which strengthen rights and increase enforcement domestically.

Dubious but successful copyright claims increase the cost of creating new content. Rightholders’ questionable efforts to protect their interests in the wonderful new cyberworld have had a chilling effect on research communities (e.g. Volkswagen versus Garcia.) Expanding IP tends to benefit the fortunate few, whereas economics – in theory - supports changes that benefit the many.

Similarly, some copyright policy recommendations have not come to fruition, despite the economic arguments. Unable to empirically prove a lack of harm – something that is nigh impossible to do – the UK government was forced to quash a Hargreaves-recommended policy that permitted private copying. Thankfully, though, my hope was not completely misplaced, as economically justifiable policy changes have been implemented, including the UK orphan works and parody, character and pastiche copyright exceptions. The sky has not since fallen, as the economic evidence predicted.

The last decade has seen continued hostility from parts of the IP community towards economics, with various criticisms that economics is anti-IP, or cannot and should not attempt, to analyse the legal complexities of IP. A keynote speaker at a legal seminar proposed economics should be relegated to Room 101 (the Ministry of Love’s torture chamber in Goerge Orwell's novel "1984".) Salacious suggestions aside, a general theme has been incredulity and scepticism of economic findings.

The IP rightsholder community is, unsurprisingly, not a fan of economics as most of the economics research argues that IP rights are too strong. One of my personal claims to fame is that a prominent copyright stakeholder said, “what the f@@k was that?”, following my presentation on business models.

But the end is not nigh. Economic analysis has a lot to offer IP. It can tell you what an increase in copyright term will cost consumers. It can predict how increased fees will decrease the demand for patents (spoiler alert: not much - demand for patents is inelastic), or how an increase in damages for trade mark infringement might decrease the supply of counterfeits.

Economics provides a structured approach for interrogating the incentive-to-innovate underpinnings of IP. In the developed world, you cannot separate IP rights and capitalism. IPR are a legal instrument with an economic goal. For better or worse, we’re in this together.

The roots of the economic scepticism stem from a combination of misunderstandings and divergent disciplinary approaches. Economics has done a poor job of communicating the nuances and limitations of economic analysis, and we are not known for our humility. The distributional effects of IP, rather than the overall (utilitarian) impact, should be given more emphasis.

Economics must accept, and is begrudgingly doing so, that it is not solely economics that should inform evidence-based IP policy. There are also, from all sides, unrealistic expectations of the economic analysis of IP. Significant data challenges thwart empirical analysis; economics necessarily reduces legal tools to an analytically manageable core - much to the chagrin of the legal experts focused on the details. Economics has its limits. 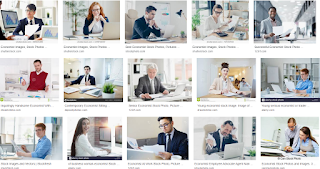 Economics and IP: the good, the bad and the ugly (and a request for reader feedback)?

Reviewed by Neil Wilkof on Tuesday, November 19, 2019 Rating: 5
The IPKat licenses the use of its blog posts under a Creative Commons Attribution-Non Commercial Licence.