Tian Lu Friday, November 29, 2019 - China IP, Tian Lu, trade marks
Many years ago, in a junior high school English exam, this Kat wrote a phrase she had encountered several times in English magazines and American movies, etc.: ‘Long time no see’. To her surprise, her favourite English teacher – at the time – circled the ‘mistake’ with harsh red ink and sharply criticised this apparently ungrammatical turn of phrase.

The red circle has remained fresh until today... and it prompted this Kat to realise the co-existence of, at least, two categories of the English language: the one that is considered correct by, well, the ministry of education at that time and the other, which embodies the rest, which apparently includes some widely-used expressions that are not entirely grammatically correct.

Recently, a case in China raised a similar question: when it comes to assessing the similarities between two verbal signs – one in Chinese and the other in English - does the ungrammatical metaphrase of the Chinese sign count?

The application was rejected by the Trademark Review and Adjudication Board (TRAB) due to its similarity with the cited trade mark registration ‘天天向上’ (no 7681658) in the same class.

'天天向上' comes from the Chinese proverb '好好学习，天天向上', meaning 'to study diligently and make progress daily.' 'DAY DAY UP' is a jocular, yet  intentionally, word-for-word translation of '天天向上'.

The China Trade Mark Office examines both the absolute and relative grounds for refusal ex officio, which explains why in the paragraph above it mentioned the trade mark application in discussion was rejected by the TRAB, during examination.] 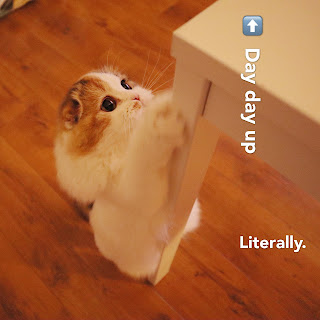 In summary, whilst the TRAB believed ‘DAY DAY UP’ had widely been taken as the translation of ‘天天向上’ in China, both the courts of first and second instance (i.e. Beijing IP Court and Beijing Municipal High People's Court) did not agree.

Specifically, Beijing Municipal High People's Court pointed out that, (1) ‘DAY DAY UP’ is not the ‘fixed and regular’ translation of 天天向上; (2) Ultimately, the TRAB failed to provide evidence that proved the irregular translation had, in fact, become a widely accepted idiom among the Chinese public; (3) The signs in dispute differed in overall composition, pronunciation and meaning, and therefore were not regarded as similar to each other.

The difference between a verbal sign in Chinese and a verbal sign in English normally lies not in pronunciation or appearance, but in their meanings. The comparison then entails their (1) proximity in meaning, and (2) the relevant public’s general cognitive level and understanding of the English sign in question.

With regard to (1), the Beijing IP Court opined that, ‘DAY DAY UP’ is three ‘complete and independent’ words, which, as a whole, shall not be regarded as a fixed English collocation for ‘天天向上’.

Maybe true; only, what is the ‘fixed English collocation’ here? Which dictionary provides the standard?

A quick inquiry shows that there are several well-documented tentative translations of '天天向上' reading as ‘climb higher everyday’, ‘making progress every day’, ‘progress daily’, and well, notably, ‘DAY DAY UP’ (in here in 2007, here in 1992, and here in 1995). So, at least some preliminary conclusions can be drawn at this point. First, no matter whether it is grammatical or not, ‘DAY DAY UP’ has been a de facto expression of ‘天天向上’ since the ‘90s. Yet apparently, it is not the sole corresponding translation of ‘天天向上’, as there are several grammatical translations existing as well. Second, although the courts did not clarify which dictionary qualified as the standard, they certainly indicated the acceptable translations are not in the category of ungrammatical idioms.

Turning to (2), ‘DAY DAY UP’ may have created considerable awareness – not only because it is catchy and easy to remember, with a light-hearted touch. It also shares a name with the TV show ‘天天向上’, whose English title ‘DAY DAY UP’ (see IMDb page here), has very likely facilitated the imprint of ‘DAY DAY UP’ in China. The show, broadcasted every weekend since 2008, has gained a large audience.

When the disputed trade mark is a foreign language sign, the People's Court shall judge whether the foreign-language trade mark possesses distinctiveness based on the general knowledge of the relevant public within the territory of China.
…

Questions remain - when it comes to the ‘general knowledge of English’ in the relevant public, must it be a grammatical one? Not necessarily, according to the TRAB - but how to prove such viewpoint, particularly in the vast China? That would be a major challenge, if at all possible to undertake. Therefore, in the absence of feasible evidentiary process, it is understandable that the courts would simply take the more conventional and grammatical approach.

So, all in all, there seems to be at least two categories of English language in the eyes of Chinese courts. One contains the idiomatic and regular English words and phrases, that are acceptable by the courts, and the other one embraces the rest, in which, some of the expressions maybe already widely accepted in the relevant public.

The take-away from this case, then, is to be aware of the different English categories in China, and to choose wisely from the right one, based on one's actual needs.

Reviewed by Tian Lu on Friday, November 29, 2019 Rating: 5
The IPKat licenses the use of its blog posts under a Creative Commons Attribution-Non Commercial Licence.