Peter Ling Monday, November 25, 2019 - #IPKat, acquired distinctiveness, Nivea, Peter Ling, request withdrawn, Survey evidence, trade mark
One of the many analogies that can be drawn between playing chess and conducting litigation is that, in some situations, one should be prepared to resign (or withdraw a case). In both chess and litigation, this avoids not only wasting valuable time, but also the consequences of losing in plain sight and hence exposing one's weaknesses to both the adversary and curious onlookers.

Can – or should – a party be forced to continue the game when the winning party badly wants to expose those weaknesses? In the Nivea colour trade mark case (that had been dragging on for eleven years before the plaintiff declared the withdrawal of the cancellation action), the German Federal Patent Court answered the question in the negative.

Beiersdorf applied for the protection of the abstract colour mark "blue" (Pantone 280 C) for goods in class 3 ("products for body and beauty care, namely skin, and body care products"). The mark was registered in 2007 based on acquired distinctiveness. Upon a cancellation action filed by Unilever in 2008, the German Patent and Trademark Office (DPMA), as well as the German Federal Patent Court (FPC), both declared the trade mark invalid.

On appeal by Beiersdorf, the German Federal Court of Justice remanded the case to the FPC. The FPC then ordered that a consumer survey be conducted on the question of acquired distinctiveness of the sign with regard to the claimed products.

Eleven years into the proceedings and finally with a conclusive survey on distinctiveness in its hand, Beiersdorf was not pleased. It objected to the withdrawal of the suit and demanded that the court issue a final decision, in which its trade mark should be declared distinctive.

The court, however, refused to let the proceedings go on and indicated that, with the withdrawal of the cancellation action, the basis of the decision of the first instance (and hence the basis of the appeal pending before the court) had vanished. Given this outcome, it is neither necessary, nor indeed possible, to rule on the issue of validity on the merits. Thus, the decision of the DPMA, cancelling the colour mark, had to be set aside because of the formal withdrawal of the suit.

The court also indicated that, unlike in German civil procedure, the request for cancellation of a trade mark can be withdrawn at any time, including after the main hearing. The consent of the trade mark owner is not necessary for the withdrawal to be effective. The right owner does not have a right to be issued a decision that the cancellation action was without merit. Given that "Nivea blue" remains on the register as filed, the owner's legal position is unchanged and does not need to be protected. 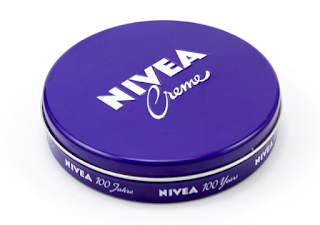 Apparently, the survey evidence was clear enough to force the plaintiff to capitulate in an attempt to avoid further damage. This strategy successfully avoided a final decision explicitly holding that "Nivea blue" has acquired distinctiveness. Nevertheless, with the publication of the present decision (which openly discusses the outcome of the survey), and with the same survey in Beiersdorf's hands, the outcome does not seem to be substantially different from an actual checkmate.

Picture on the right by Justus Blümer, licensed under CC BY 2.0
Hold Your Colour – Cancellation Action against Nivea Blue withdrawn after 11-Year Saga in Germany

Reviewed by Peter Ling on Monday, November 25, 2019 Rating: 5
The IPKat licenses the use of its blog posts under a Creative Commons Attribution-Non Commercial Licence.