The first presentation, by Robert Kroplewski (solicitor and member of a high-level group of experts on artificial intelligence), discussed the 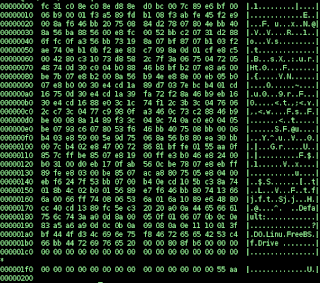 conceptual view of AI and the requirements of the inputs and outputs of such a system. The key take home point from this discussion was the need for AI to be lawful, ethical and trustworthy, all of which will largely stem from the data which are input into the AI system itself. Further discussed was whether there is IP ownership of the data used as the input.

Alain Strowel (Lawyer and Professor of IP and Media Law, Catholic University of Louvain and University Saint-Louis) further discussed the input and output of AI systems, with a focus on the output. What protection is granted to the content generated by an AI system, such as authorship and ownership?

‘computer generated’ in relation to a work, means that the work is generated by a computer in circumstances such that there is no human involvement’.

The effect on authorship is then considered under s9(3) CDPA--

‘the author shall be taken to be the person by whom the arrangements necessary for the creation of the work are undertaken.’

The critical question here is, does AI have human involvement to be granted authorship under UK copyright law? After all, the data which are input into the AI system is usually done so by a human. Strowel was keen to express that he was not in favour of the extension of copyright to cover AI generated works, as it would create too many rights which would ultimately hinder human creativity and innovation.

Cornelia Kutterer (Senior Director, Legal Affairs, Microsoft) discussed AI from an industry perspective and noted some challenges that Microsoft has encountered. The main challenge appeared to be ethics, namely how to make sure that the decisions generated by AI were ethical and fair. Since AI is dependent on the data supplied, if there is discrimination or bias in the data, then AI decisions and outputs may also contain the same discrimination or bias.

This session, presented by Doris Thums from the European Patent Office, focused on the patentability of AI inventions. Thums raised issues that pose challenges to the patentability of AI inventions, such as obviousness (it may be difficult to define the skilled person). It was suggested that the skilled person can be part of a team, so an AI program could be one of these persons. Further, when considering inventions created by AI, at present the human is not completely removed from the inventive process, such as the inputting data, setting parameters, or combining the results.

In considering whether the EPC and the EPO are equipped to handle the changes which AI and AI-generated inventions may bring, Thums was optimistic. She noted that existing legal norms and their interpretation are adaptable and case law reflects this. The results of case law has a direct impact on practice manuals and examination methods. 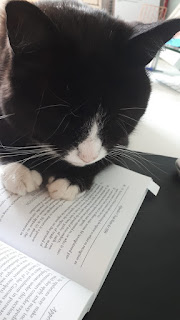 Also included in this session was brief input from Taliah Walklett from Nokia (who was quick to dispel common belief that Nokia were no longer around, they simply no longer make mobile phones anymore!), providing an industry perspective on patentability issues. In Walklett’s experience, since AI inventions continue to have a reasonable degree of human input, ownership issues have not arisen in practice. Further, challenges were currently being faced in searching the prior art and how to future-proof patents are being filed now.

After lunch, Vincent Cassiers (Lecturer, UC Louvain) discussed trade secrets in relation to AI under EU law. Discussion centered on the Trade Secrets Directive and how this has impacted on AI inventions, concluding that trying to control the input of AI and the algorithms seemed impractical in the face of the pace of the evolving technology. Instead, the focus should be on an obligation to explain how the processing works and how the decision is taken by the AI to allow transparency.

Gerald Spindler (Professor of Civil, Commercial, Business, Multimedia and Telecommunications Law, Göttingen) provided an interesting presentation on copyright law for AI generated creative works. As touched on previously, a key aspect is authorship. Whether copyright can be attributed to an AI generated work will depend on the amount of input from an author/artist in addition to the data input as AI programs are only as good as the data they are trained on.

Session 4: The increasing use of blockchain technologies in the intellectual property world

The last presentation of the day was given by Pascal Asselot (Co-founder and Managing Director of IPwe.com), who focused mainly on the uses of blockchain technology in various IP contexts. The speaker centered on how blockchain would be beneficial in keeping the records systems for trade marks and patents up to date, especially when there have been changes in details or ownership and the information takes a while to filter through the systems. The implication was, with blockchain, this would be automatic.

The second day kicked off with a thought-provoking talk from Florence G’sell (Professor of Private Law, University of Lorraine) on what kind of legal decisions should be delegated to AI; should we have "AI judges" for relatively simple matters? What safeguards should be put in place to ensure that the decisions are ethical and fair?

The concept of algocracy, where decisions are made by AI, machines and code rather than humans, was discussed and whether such decisions would impede human freedom. Algocracy is already filtering into the legal system, for example in Estonia there is a ‘robot judge’ used for small claims decisions.

The next session, by Lee Curtis (partner at HGF Limited), discussed the predictive behaviours of AI when considered in a trade mark context. 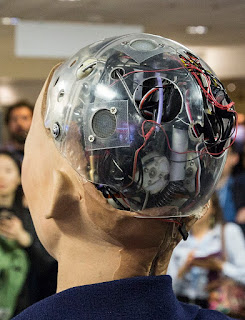 The key issue raised focused on how AI can affect the purchasing decision for consumers. A brief history of how consumers have chosen products was provided, starting with the 1920’s shop assistants to current predictive shopping models, such as Amazon, which predict what items the consumer wants and provides the information upfront.

The discussion moved on to whether trade mark law was ready for the impact of AI, having regard to core concepts such as ‘imperfect recollection’, ‘phonetic, conceptual and visual comparison’ and ‘confusion’, all of which are very much human behaviours.

Session 2: The use of big data in Artificial Intelligence: between innovation, intellectual property protection and competition law

The last session of the conference was presented by Matthias Leistner (Professor for Civil Law and IP with Information and IT Law at Ludwig Maximilian University of Munich) and Virginie Fossoul (Legal and Policy Officer, European Commission), and discussed the impact of big data and improving access to the data without infringing IP rights.

Leistner commented on whether there would be sufficient creativity in data processed by algorithms (and thus AI programs), such that copyright could apply. Attention was directed to possible limitations and exceptions for copyright protection in light of the Text and Data Mining Directive.

Fossoul commented on the fact that the link between IP and data is not always clear cut or obvious, but that there is a need for IP policy and data policy which is coherent between all countries and member states. At the moment, there is no need for new IP rights specifically in relation to data.

Picture on upper left by Scientus and is licensed under BSDU.

Picture on lower left by ITU Pictures and is licensed under the Creative Commons Attribution 2.0 Generic license.

Reviewed by Neil Wilkof on Thursday, November 07, 2019 Rating: 5
The IPKat licenses the use of its blog posts under a Creative Commons Attribution-Non Commercial Licence.