The IPKat is delighted to host another guest post from Hanne Kirk and her team at Gorrissen Federspiel in Denmark, this time on the Byzantine world of grand and small rights in musical works.

'All' means 'all'… doesn’t it? In Denmark, the general opinion has long been that assignment from the author to a music publisher of "all rights to public performance" does not include so-called 'grand rights' unless explicitly stated. This position may now need to be reconsidered, following a recent decision by the Danish courts.

There is no statutory definition of 'grand rights', but it is generally understood in the music industry that public performance rights are categorized as either 'grand rights' or 'small rights''. Grand rights cover dramatico-musical works, such as musicals, ballets, operas, operettas, pantomimes and revues, while small rights cover the usual non-dramatic works.

This distinction is rooted in consideration for the author without any specific legal basis. The reasoning is that there is a greater need for protection of 'droit moral' associated with dramatic stage performance. Grand rights are recognised as being 'in a league of their own' and are usually personally managed by the author.

Background of the case

The case that has rushed this GuestKat to the keyboard concerned a copyright action brought by the members of the Danish band Michael Learns to Rock ("MLTR") against EMI Casadida Music Publishing ApS ("EMI") regarding the title to grand rights. The question before the court was whether two identical music publishing agreements from 1993 included an assignment of grand rights from the band and one of the band members to EMI.

Both agreements stated that:

MLTR argued that the agreements did not provide for assignment of grand rights, noting that:

On the other hand, EMI argued that the agreements did involve assignment of grand rights:

On 6 November 2019, the Copenhagen District Court decided that the agreements between MLTR and EMI did indeed provide for assignment of grand rights.

The court found that the broad wording used in the assignments suggested a 'catch-all' assignment of all rights to MLTR’s compositions. While the parties had not contemplated grand rights when they entered into the agreements, the court held that dramatic stage performance was a widespread form of rights exploitation amongst Danish and international composers who, in addition to such activity, also performed concerts and released records.

On this basis, the court held that the last sentence of the assignment provision, stating that "[a]lterations leading to the original works changing character, for example new arrangements, can only be made in consultation with the author", should be interpreted as referring to dramatico-musical works (i.e. grand rights).

The High Court’s decision on appeal

The District Court’s decision was appealed by MLTR to the High Court of Eastern Denmark, but on 2 October 2020, the High Court ruled to uphold the lower court's decision.

The High Court pointed to the broad wording used in the agreements and the fact that the provisions contained a non-exhaustive listing of rights. In this context, the High Court found that no significance should be attached to the fact that grand rights were not explicitly mentioned.

Like the District Court, the High Court assumed that the parties had neither discussed nor considered grand rights during the contract negotiations in 1993. However, this was not sufficient on its own to suggest a restrictive interpretation, as musicals and operas were generally well-known forms of exploitation at the time of conclusion of the agreements.

The High Court also emphasized that the agreements explicitly referenced the exclusive right to adapt or arrange the works, while MLTR's droit moral were protected by the last sentence, which stated that alteration leading to a change in character of the original work could only be made in consultation with the author.

The decisions reflect that both courts attach a great deal of importance to what was generally known and common in the music industry at the time of conclusion of the agreements, both in Denmark and internationally. Even though it was shown that neither party had focused on, or even considered, grand rights at the time of entering into the agreements, the courts applied an objective interpretation rather than relying on the parties' intentions. The subjective interpretation was rejected in favour of an objective "state of awareness" within the music industry at the time.

This objective state of awareness, combined with the broad wording of the provisions on transfer of rights, appears to have been decisive to the outcome.

The speciality principle under Danish copyright law derives from concern for protecting the author. As the principle stipulates restrictive interpretation of implied or ambiguous assignments, the courts' decisions suggest that the assignment between MLTR and EMI was so clear in wording that the principle did not apply, even though grand rights/dramatico-musical works were never explicitly mentioned.

One may be tempted to wonder whether a non-exhaustive listing of rights could now act as a contractual safety valve of sorts when dealing with copyright assignments – or whether the distinction between grand and small rights is simply an illusion in this regard? Whatever the answer, these decisions have certainly challenged the previous general opinion on assignment of grand rights. 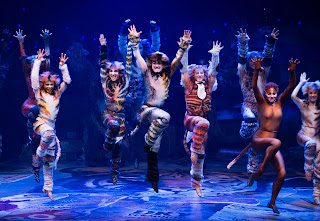 Reviewed by Alex Woolgar on Thursday, November 12, 2020 Rating: 5
The IPKat licenses the use of its blog posts under a Creative Commons Attribution-Non Commercial Licence.