Tian Lu Wednesday, November 18, 2020 - China IP, China IP courts, Tian Lu, trade marks
The Beijing IP Court (the Court), founded on 6 November 2014, has been playing an active role in the promotion of IP protection through various means, e.g. by holding press conferences addressing specific topics (see a previous IPKat post: Beijing IP Court: let’s talk about short video copyrights) and publishing model cases (see a previous IPKat post: Beijing IP Court: Moutai is excellent, but not exclusively so; and Can the god of wealth be registered as a trade mark, and why?). The Court was designated as the first IP case guidance research base in China, with the approval of the Supreme People’s Court.
On 3 November 2020, the Court held a press briefing dedicated to the adverse effect clause of China’s Trade Mark Law, with specific examples given (the original news release is here, to which the main content of this post is referred. This Kat’s supplementary comments are inserted in blue coloured font). 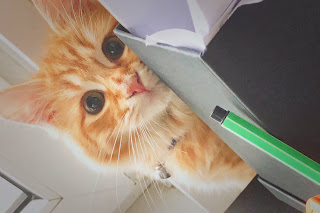 Main provision
Article 10(8) of the China Trade Mark Law (2019 Amendment) precludes signs which are ‘detrimental to socialist morality or mores or having any other adverse effect’ from being used as trade marks. It is an absolutely ground for refusal and invalidity.
Case statistics
At the briefing, vice president of the Court Ms Song Yushui introduced that, since the Court’s establishment in 2014, it has heard and settled a total of 33,971 administrative cases regarding the review of rejected trade mark applications, which accounts for 39.1% of the total number of cases accepted.
Among the 33,971 cases, 2,218 concern the adverse effect clause of China’s Trade Mark Law, and recently, from 2017 to 2019, there was a gradual increase in the number of such cases with 301, 525 and 580 over the period. As to the outcome, by the end of August, this year the Court has upheld 89.4% of the adverse effect related disputed decisions – a certain degree of stability and predictability can be observed.
Criteria and typical cases
Judge Zhang Jian of the Court noted four factors to consider in determining the adverse effect, they are:
1. The meaning of the sign itself. Evaluation will be made from the perspective of ‘the cognitive feelings of ordinary rational people’ in the context of the current social moral culture.
2. No actual damage is required. The possibility of causing adverse effects suffices.
3. Whether the sign has adverse effects has nothing to do with subjective malice of the applicant.
[The points above are comparable to those suggested by the EUIPO at the Trade mark guidelines, e.g. ‘(the sign) must have a clearly offensive impact on people of normal sensitivity’ and ‘there is no need to establish that the applicant wants to shock or insult the relevant public; the fact that the EUTM applied might be seen, as such, to shock or insult is sufficient’].
4. It does not apply to situations where merely specific civil rights are infringed upon, e.g., the right of name, which should be regulated by other provisions of the China Trade Mark Law. That is to avoid the abuse of the adverse effect ground of refusal.
[One point worth noting is that, a distinction regarding names is made by Article 5(2) of the Several Issues concerning the Trial of Administrative Cases involving Trade Mark Authorisation and Confirmation, a judicial interpretation issued by the Supreme People’s Court:

Applying for registration of a name of a public figure in the political, economic, cultural, religious, ethnic and other areas as a trade mark falls under the circumstance of 'having other adverse effect'.

It is of course another matter if the trade mark application is made in person by the very public figure, or with legal authorisation.]
Further, combined with trial practice, several cases were mentioned particularly:
1. Detrimental to socialist morality
Example: 该活！(in class 30 for goods of coffee and sugar)
Reason for refusal: the public may easily associate the disputed sign with the expression ‘活该!’, which has strong negative connotations; notwithstanding the disputed sign switched the order of the two characters, it cannot restrict the public’s accustomed way of reading or recognition that will perceive the sign as ‘活该！’.
[The literal meaning of ‘该活’ is ‘should (be) alive!’ If switching the order of the two Chinese characters, i.e. to ‘活该’, the meaning then becomes: ‘deservedly, culpable of punishment, with no worthy of pity’, with a negative connotation. This Kat was puzzled at first, trying to figure out why the two are deemed easily inter-associable. The possible scientific basis seems far-fetched, see e.g. Attention and Consciousness: Two Distinct Brain Processes.
The actual ruling issued by the Beijing Higher People’s Court (case reference: Administrative Judgment No. 2407 [2020], Final, Administrative Division, Beijing, of the Higher People's Court of Beijing) provides some useful information: (1) ‘该活’ is not a common written and oral expression in China; (2) The exclamation mark is often used to express strong emotions, e.g. anger, regret, surprise, sorrow, praise, joy; (3) thus, the combination of (1) and (2) lessens the likely ways of perceiving the sign with the negative meaning carried by the accustomed phrase.
2. Politically
Example: 革命小酒 (in class 33 for goods of liquor, wine, etc.)
[Literal meaning: ‘revolution small wine’]
The Court: considering the historical background of China, in the absence of any other defined context settings, the public tends to associate the term ‘revolution’ with the history and spirit of China’s revolution. Using that specific term on liquor goods may easily weaken the seriousness and sacred symbolic meaning of the word ‘revolution’, and thus, will cause adverse effects.
3. Economically
Example: ¥ (in class 36 for providing guarantee services)
The Court: Those signs which are identical with, or similar to, the pattern, name or mark of the legal tender of a country, or is relevant to specific economic terms, shall be deemed to have constituted an economic adverse effect, due to the negative impact on the national economy it may cause. Similarly, the sign ‘美金系列 (in English: ‘dollar series’)’ shall not be approved.
4. Culturally
Example 1: 百衣百顺
[The word for word translation of the sign is ‘hundred clothing hundred smooth’, which is phonetically identical to ‘百依百顺’, a Chinese Chengyu (i.e. '成语', a traditional type of idiomatic expression)]
The Court: the sign is a homophone of the Chinese Chengyu ‘百依百顺’, yet it presents a Chinese Chengyu in an irregular way. Such irregular uses may cause cultural adverse effects, as they play a negative role in the correct understanding of the Chinese language. This is not conducive to the inheritance of the Chinese language, history and culture and the development of national cultural construction.
[This is a point worthy of special attention, perhaps in particular for non-Chinese speakers who may perceive Chinese characters as images. Yet, unlike the relatively larger creativity space often enjoyed by figurative marks, when it comes to Chinese word marks or word and figurative combined marks, the Chinese characters in discussion must be written in a discreet and standardised way.
In 2017, the Newly Revised Standards for Trademark Examination and Trial issued by the Trade Mark Office of China explicitly precluded ‘signs that contain irregular Chinese characters or irregular use of idioms’ from trade mark registration as they ‘can easily mislead the public, especially minors’. An example is given as follows:

The sign above cannot be registered as a Chinese trade mark, as the character in the middle has been miswritten, which is not a Chinese character. The correct way of writing it is ‘逸’, with a point.]
Example 2: 鬼吹灯 (in class 16 for posters and class 41 for drama production services)
[Literal meaning: 'ghost blows out the light'. It is also the title of a series of popular novel on grave/tomb robbery. The scene of 'ghost blows out the light' actually takes places within graves]
The Court upheld the Trade Mark Office’s review decision of trade mark rejection on the point that, '鬼吹灯' can easily lead the public’s association to feudal superstition which will cause adverse effects to society.
Comments
The connotation and extension of the ‘adverse effect’ concerns subjective values and is not cut and dry. Its interpretations might be subject to cultural background, personal experience and the values they hold. The afore-cited examples are not all unsurprising, at least from this Kat’s point of view.
A somewhat broad discretion can be observed in the adoption of the adverse effect as a ground for trade mark refusals. A practical tip then would be to keep an eye on the recent relevant rulings and official briefings, and bear in mind that it might be necessary to consider a security buffer zone, which is mainly in preparation for the differences in opinion with the examiners. As pointed out by Judge Zhang Jian, the briefing is to remind the applicants ‘to be more cautious when applying for trade marks, and actively avoid the words that are low in style or are prone to adverse effects, in consideration of avoiding the minefield that is adverse effects clause’.
Photo: Shelly, Tian's kitten.
Mind the gap: Beijing IP Court explains the adverse effect clause of China’s Trade Mark Law

Reviewed by Tian Lu on Wednesday, November 18, 2020 Rating: 5
The IPKat licenses the use of its blog posts under a Creative Commons Attribution-Non Commercial Licence.