The search for zombie trademarks: a continental EU perspective

In voodoo practice, a zombie is a corpse brought back to life by some supernatural power. I am unaware whether, in 1974, when writing about 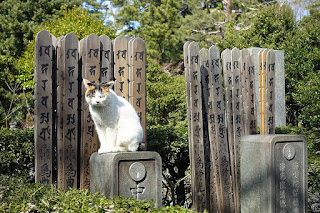 graveyard and phantom marks in relation to revocation based on absence of use, the late Professor Remo Franceschelli knew about zombies and the notion of zombie marks.

What I do know is that revocation due to lack of use, or expiry because of a missed renewal, may not in itself suffice to make the old mark freely available for registration and use by third parties. This, because some of those old marks are real zombie marks.

Experience shows that, following revocation, there are businesses, unrelated to the erstwhile mark and its business, which scavenge the trademark graveyard, looking for marks that still have commercial potential due to an unusual degree of continuing consumer recognition and loyalty. The goal: build a new business based on these zombie marks.

Indeed, although revoked trademarks look prospectively available on a first come, first serve basis, what scavengers of zombie marks build on is the past. Their interest is what consumers remember about the mark, not in connection with its present owner, but rather because of the lingering association with the owner of the original registration.

In other words, the raison d'être of such marks is their inherent deceptiveness based on an active remnant of the past. As such, the question is whether and, if so, to what extent, the legal system can (and should) tolerate said deception.

As far as EU, and national EU continental courts are concerned, the issue has been touched sporadically, but from perspectives other than deceptiveness. The best-known cases in this regard are the FAMOBIL case in Spain (the Provincial Court of Alicante decision No. 6 of January 10, 2014), in Italy, the LAMBRETTA case (the Italian Supreme Court decision No. 7970 of March 28, 2017) and, in the EU, the SIMCA case(General Court decision May 8, 2014, Case T 327/12).

In seriatim, these cases address the risk of confusion/freeriding with an earlier right (FAMOBIL), cancellation for lack of use (LAMBRETTA) and bad faith (SIMCA).

To the contrary, while the SIIMCA case was focused on the issue of bad faith, its result ( subsequently mirrored in the PEDRO MIGUEL decision no. 299/2015, issued on December 30, 2015 by the Appeals Court of Granada) may be more relevant as it addresses the issue directly. Thus, the court states as follows:

63.…the applicant cannot rely on the mere fact that the earlier marks were no longer used in order to rebut the finding that the former proprietor had been acting in bad faith at the time of registration….whenever…. registration of the sign …was deliberately sought in order to create an association with the earlier marks and to take advantage of their reputation on the motor vehicle market, even to compete with those earlier marks if they were re-used by the intervener in the future.

But what if the earlier mark has expired or the plaintiff does not have a claim for bad faith? Can a claim of inherent deceptiveness of the zombie mark still be a factor?

The law does not directly address this issue. Still, particular weight should be given to whether the relevant user remembers the old mark. If so, the new applicant should not be free to file a mark identical to the old one and/or to freely produce and/or sell trademarked goods or services at any quality he wants. This is because, in so doing, he would generate confusion and destroy quality expectations and thereby betray the two chief functions of trademarks, namely to indicate unambiguously the origin of products and their quality.

Therefore, before filing and relaunching the mark, it would be advisable that such a potential applicant conduct a survey to identify the relevant 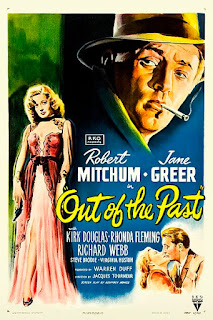 consumer and to assess the residual brand awareness. The greater the brand awareness related to the old mark, the greater the potential risk of invalidity of the relaunched mark, unless the new owner adopts safeguards to protect the public interest on the basis of the indication of origin and quality function.

In other words, relaunching a zombie mark requires an active awareness of the overlap between the protection both of the applicant’s own business as well as the interest of the public (where the adoption of measures, such as the ones suggested above, would be necessary but perhaps not sufficient). Doing so would enhance the enforceability of the mark free from fear from a claim of inherent deceptiveness or unfair commercial practices, while either maintaining or improving the quality of the former products under the mark.

Picture on the right is by Daderot and is subject to a CC0 1.0 Universal Public Domain Dedication.

Picture on left is believed to be in the public domain as being a faithful reproduction of two-dimensional public domain work of art.

The search for zombie trademarks: a continental EU perspective

Reviewed by Neil Wilkof on Wednesday, November 04, 2020 Rating: 5
The IPKat licenses the use of its blog posts under a Creative Commons Attribution-Non Commercial Licence.